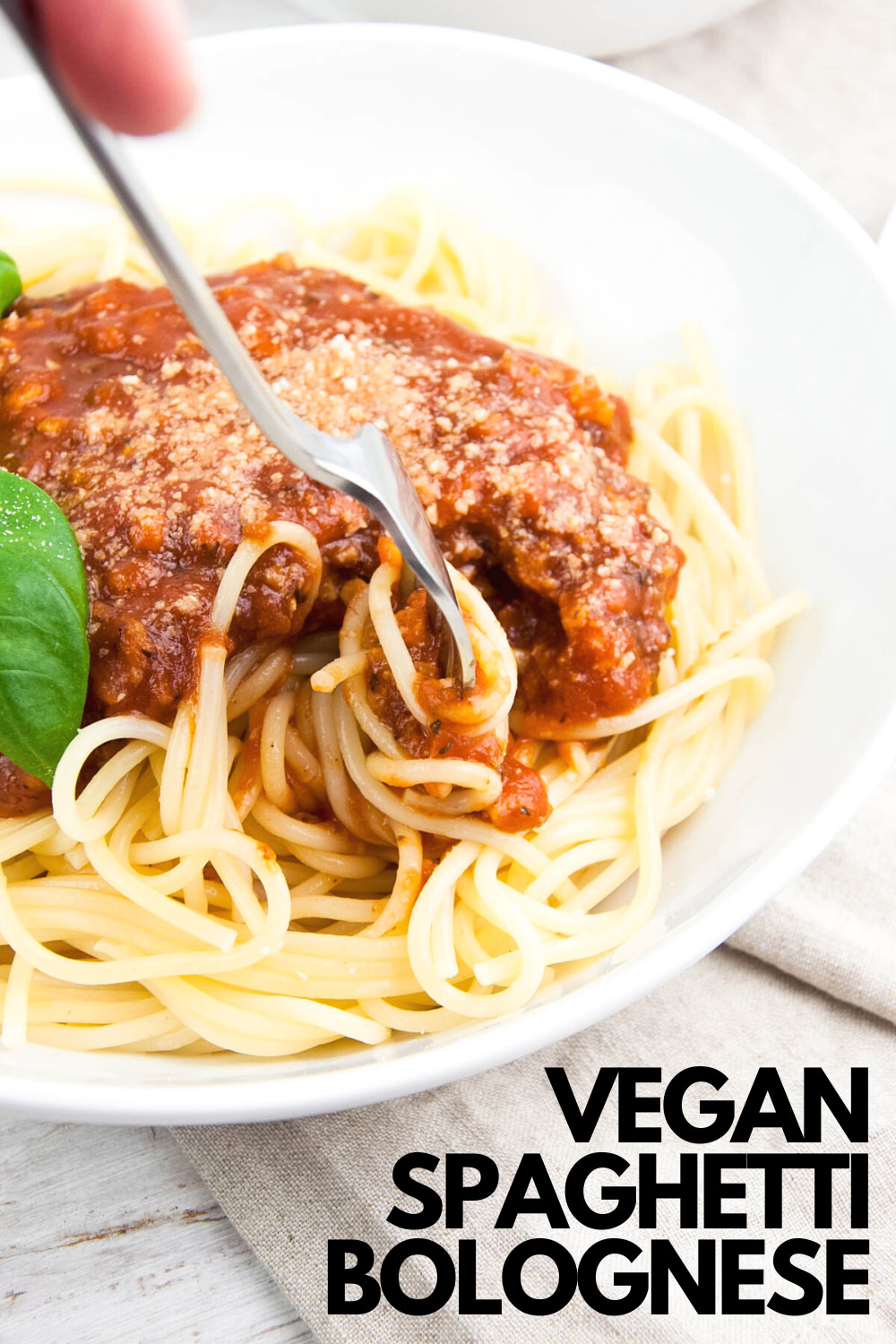 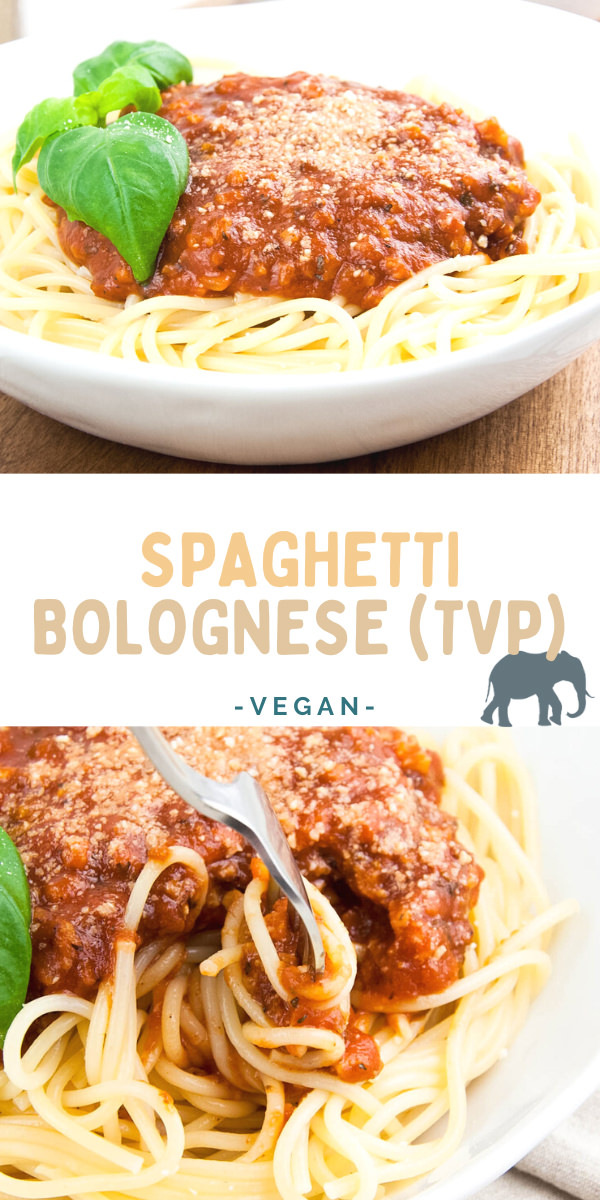 Soy granule is the perfect alternative for the traditional meaty Bolognese sauce! This vegan Spaghetti Bolognese is quick to make, tastes like the real deal and no one would think it’s vegan!

I have been making this dish since the very early beginning of my vegan journey – so for almost 10 years now! It’s one of my favorite dishes ever and a real comfort food!

It looks super fancy pants (with the cashew parmesan and fresh basil on top) but it’s easy & quick to make. So perfect if you want to impress someone!

Bolognese sauce is traditionally a meaty sauce, so we want to use a ‘meaty’ substitute. That is why soy granule is the perfect alternative! Soy granule gives the sauce not only a meaty look but also texture.

This sauce looks like the real deal and with the added liquid smoke you can surprise even meat-eaters with this vegan sauce. Honestly, no one will ever guess it’s vegan!

And to make the ‘Spaghetti Bolognese look’ complete, I love to sprinkle homemade Cashew Parmesan on top.

The meaty vegan bolognese sauce is super versatile. You can use it also for lasagna or as a dip for tortilla chips.

What is soy granule?

Soy granule (or soy crumble, soy protein, TVP) is made out of defatted soy flour, which is extruded into granules (or small crumbs). The soy granule is dehydrated and needs to be cooked in water to be rehydrated.

I especially love cooking with soy granule because

How to make Vegan Spaghetti Bolognese

I hope you enjoy this recipe for Spaghetti Bolognese with TVP as much as I do! Let me know if you give it a try! 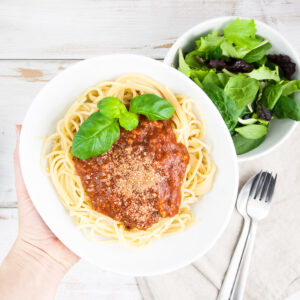 *I used store-bought tomato passata (with salt, no additional herbs) for this recipe – it’s often canned or in cartons, not to confuse with tomato paste which is thicker in consistency. Tips for making an amazing vegan bolognese sauce:

Calories: 506kcalCarbohydrates: 80gProtein: 35gFat: 6gSaturated Fat: 1gPolyunsaturated Fat: 2gMonounsaturated Fat: 3gTrans Fat: 0.01gSodium: 994mgPotassium: 1126mgFiber: 15gSugar: 19gVitamin A: 1341IUVitamin C: 24mgCalcium: 233mgIron: 10mg
Tried this recipe?Mention @elephantasticvegan or tag #elephantasticvegan!
Affiliate Disclosure: This post may contain affiliate links, which means I may earn referral fees if you make a purchase through my link. While clicking these links won't cost you any extra money, they will help me keep this site up and running!
1.4K shares
Click here to cancel reply.

So glad you liked the spaghetti! :)

Is there anything more satisfying and filling than classic spaghetti bolognese? There is not. I love to simmer the tomato sauce for as long as I can handle to intensify the flavour. It only gets better. So far I haven't dared trying soy granule though as I'm afraid the soy flavour will be overpowering. Following above recipe, can you taste the soy at all or will it be overlayed by the tomatoes and spices? Anyways, looks great :)

Hi Alice! Thank you so much for your input. I'd say that you can't taste the soy flavor. The liquid smoke has a very strong taste (so good) and I think the sauce tastes like a smoky tomato sauce. I've given the sauce to many meat-eaters and no one said that it would taste like soy and something was up with it. However I know when someone does not like a certain taste / ingredient, one is much more susceptible to it, but I'd say that you can't taste the soy at all :)

This looks like an absolute Italian feast!! I've never considered using bolognese sauce as a dip, but that's a great idea too :)

It's so good, Natalie! Sometimes when I use the Sauce as a dip, I'm adding even more Liquid Smoke and some Sriracha for spicyness. I've confused a lot of meat-eaters with this sauce :D

This looks so light and fresh. I'm a huge pasta fan and I love a good marinara. I think I know what's for dinner tonight. :)

Linda, I love the smoky flavor of the Bolognese Sauce due to the Liquid Smoke. Yumm.