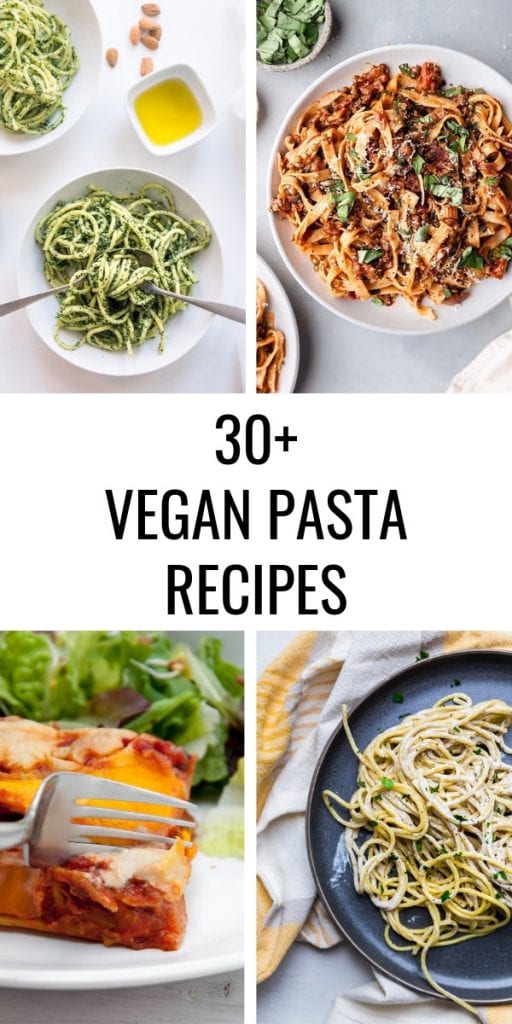 In this post, you’ll find 30+ Vegan Pasta Recipes you will love. Everything from creamy pasta sauces, pesto pasta, pasta bakes, lasagna, and many, many more!

Pasta is one of my go-to meals when I want something quick, comforting, delicious.

Pasta is one of those few meals, that is super easy to make but looks fancy enough for a date night!

To make browsing easier, I’ve categorized the recipes in the following categories:

B12 Boosting Seaweed Pesto by When Sweet Becomes Healthy

Lemon, Garlic and Thyme Pasta by The Vegan 8

10-Minute Hummus Pasta with Zoodles by Quite Good Food

Baked Ziti with Vegetables by My Quiet Kitchen

Don’t forget to bookmark or pin this page, so you’ll always have the most amazing vegan pasta recipes at hand! And please let me know your favorites in the comments below! :)