Vegan Cashew Parmesan is one of the super-easy-to-make homemade staples. You’ll only need three ingredients! Make some vegan Parmesan now because it’s perfect for pasta, pizza, risotto and so much more! It keeps for a long time. 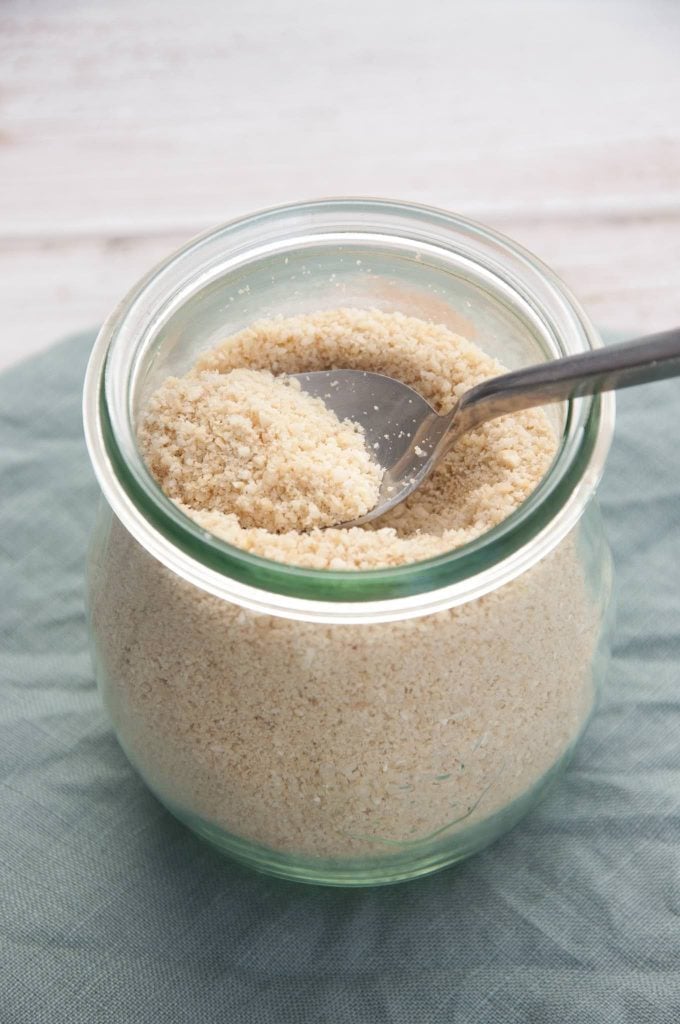 Some people make vegan parmesan with almonds or nut mixes, but I use simply raw cashews. I like it that way the most. It’s a super basic recipe, which does not even require to heat up the oven/stovetop.

It is so simple, you’ve got no excuses NOT to try it.

I always, always, always have a batch of homemade vegan parmesan in my pantry, because I love to sprinkle it over risotto, spaghetti, lasagna or really any pasta dish. I’ve added my favorite recipes to sprinkle cashew parmesan on at the end of the post!

The Ingredients for Vegan Parmesan 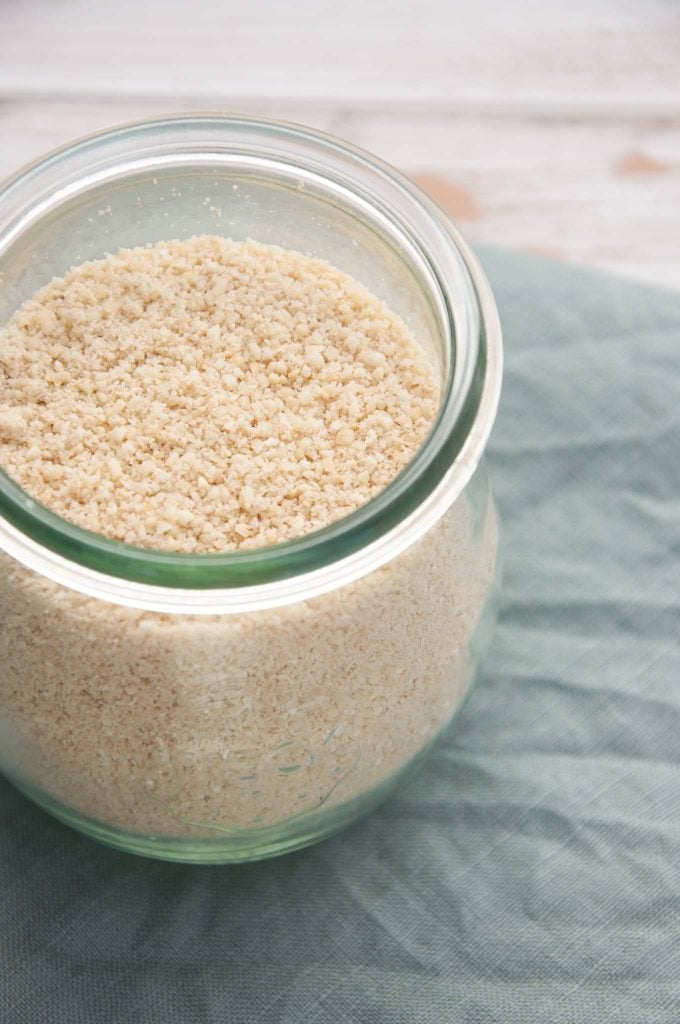 How to make Vegan Parmesan 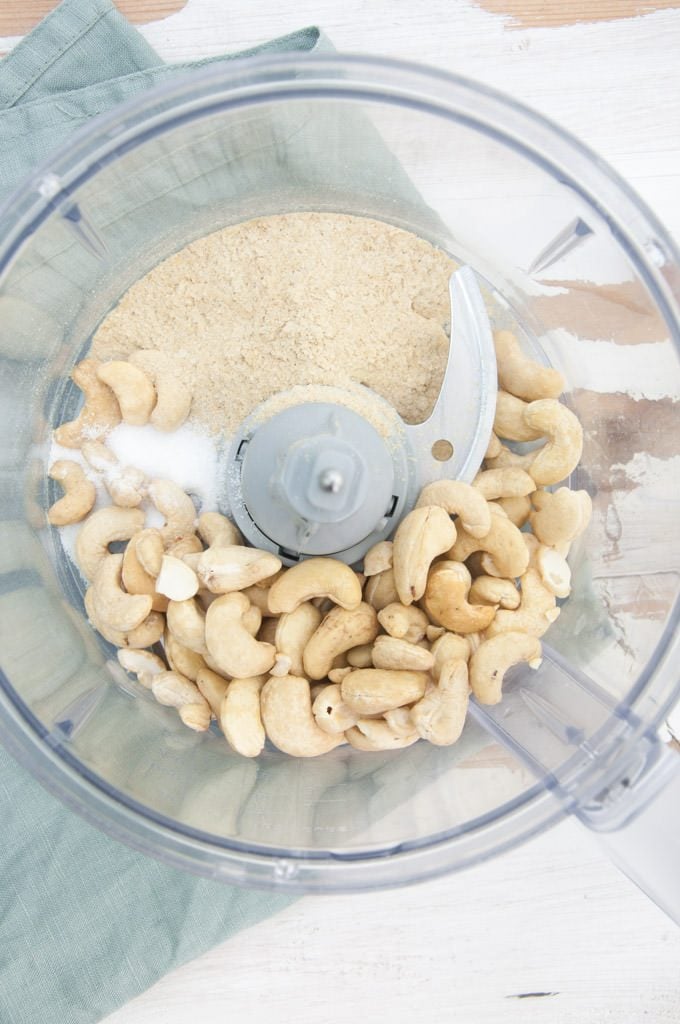 Toss all the ingredients in your food processor …

… and pulse until fine. Tada! 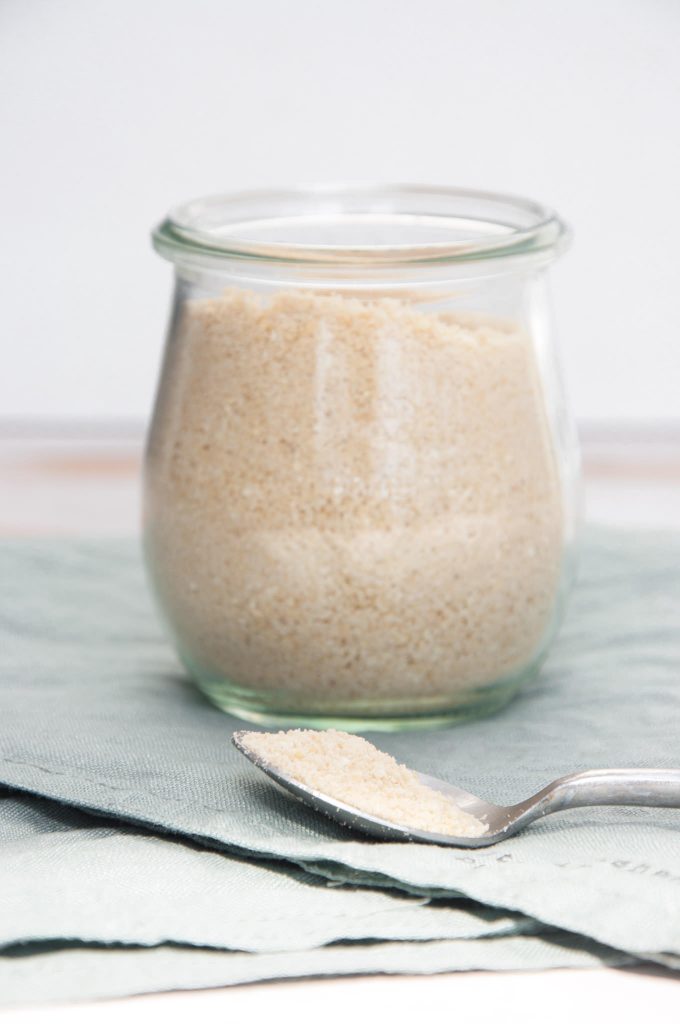 Use immediately over pasta, pizza, risotto etc. or store it in an airtight container at room temperature for months!

How to store Vegan Cashew Parmesan

If you’re using raw cashews, nutritional yeast, and salt to make the cashew parmesan (like in this recipe), you can keep the vegan Cashew Parmesan in an airtight jar (I love Weck jars!) at room temperature for months. I’ve actually never had cashew parmesan turn bad.

If you’re more into almonds, also check out my Almigiano (Vegan Almond Parmesan) recipe. It’s just as easy to make and it’s great if want to change things up! 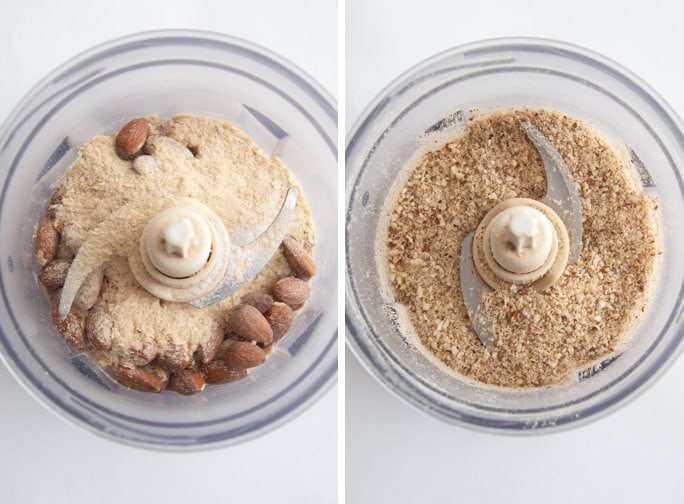 Sprinkle the vegan parmesan over…

I hope you will enjoy this parmesan as much as I do! Let me know if you give it a try! 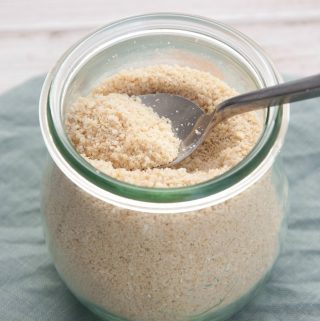 Storage: It is best to store the vegan parmesan in an airtight container, it will last a long time this way. I've never had any problems with it going bad or something like that!