These vegan oil-free oven-baked Falafel with Cilantro will knock your socks off! They are super easy to make, healthy and freeze well! So make a big batch! 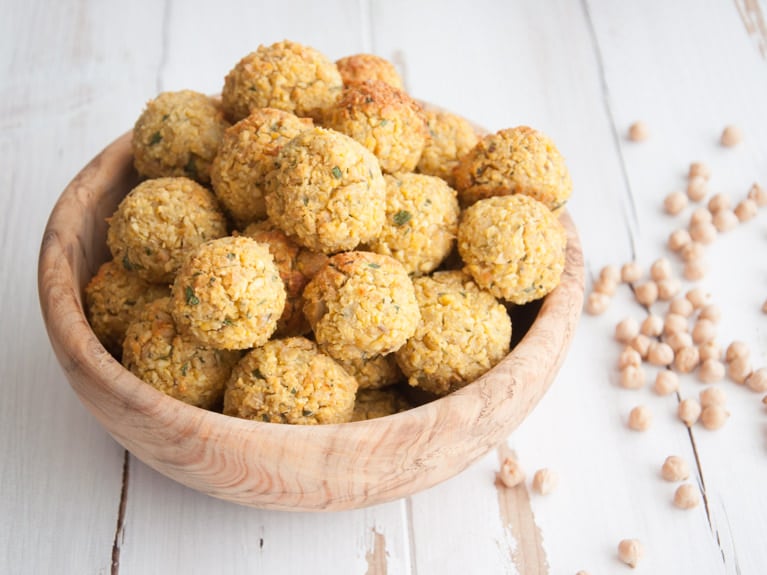 I simply love Falafel! When I’m in the city and looking for a quick snack I often opt for a falafel wrap, but when I’m at home I want to make a healthier version, also I’m not too keen on frying because of the enormous amount of oil one needs, so an oven-baked alternative is the way to go! These Falafel with Cilantro are gluten-free, vegan (duh! obviously) & completely oil-free! 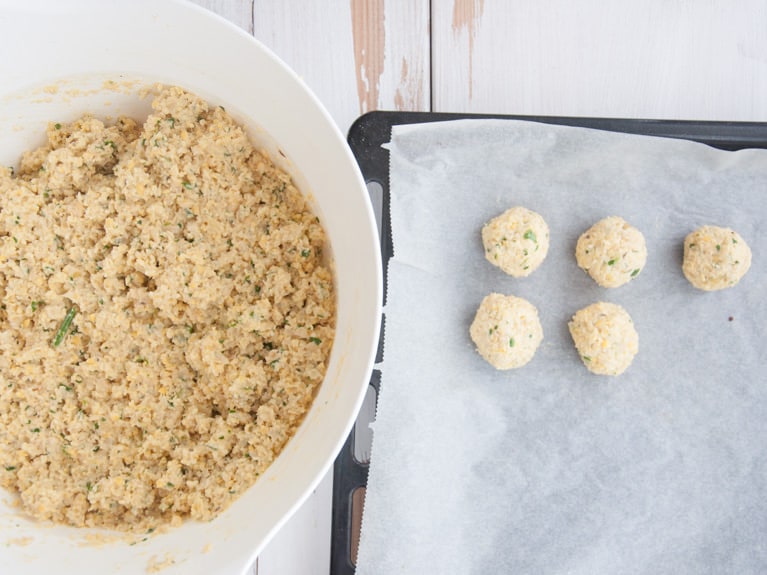 Since my boyfriend brought home a cilantro-plant, I’ve been putting cilantro on pretty much anything and I love it! In the beginning, I had a hard time liking cilantro and now I can’t stop eating. I even snack plain cilantro leaves when nobody is looking! Of course, I had to put cilantro in the falafel as well! It’s such a delicious combination. If you don’t like cilantro feel free to leave it out or to substitute it with parsley. 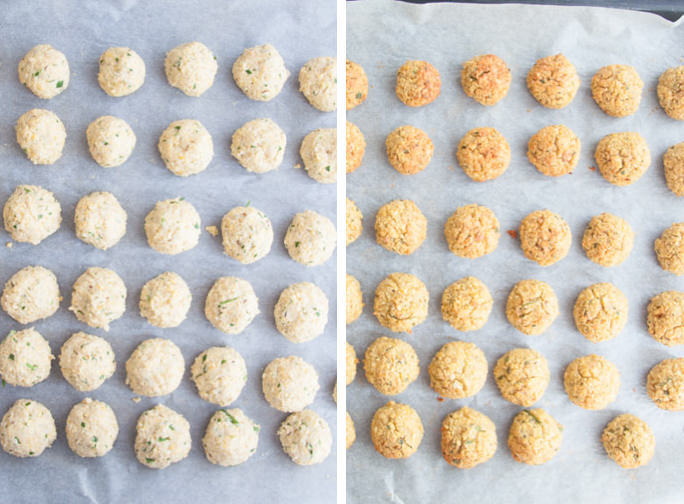 Getting the Falafel mixture right is sometimes a bit tricky – but you can simply add in more water & chickpea flour until you can form the little Falafel balls.

I like to eat my Falafels in Wraps, in Curries, even in Burgers, snack them in between, on couscous or on a salad. How you do you prefer to eat your Falafel? 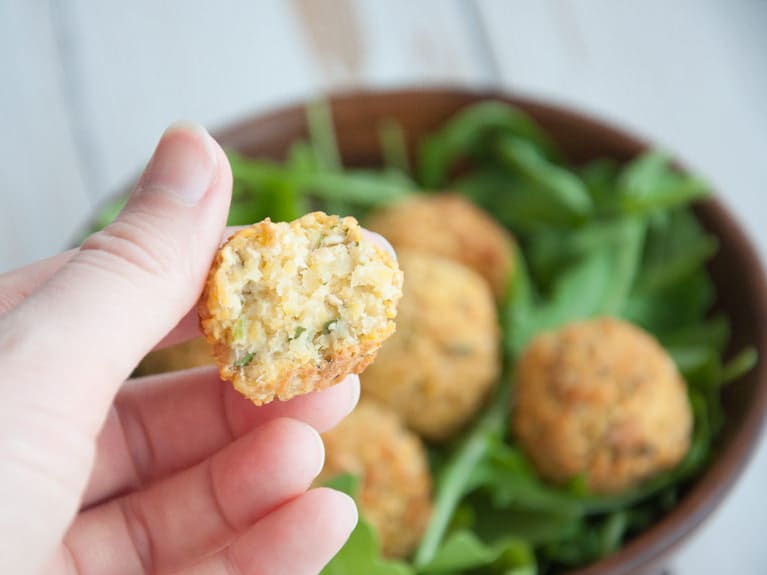 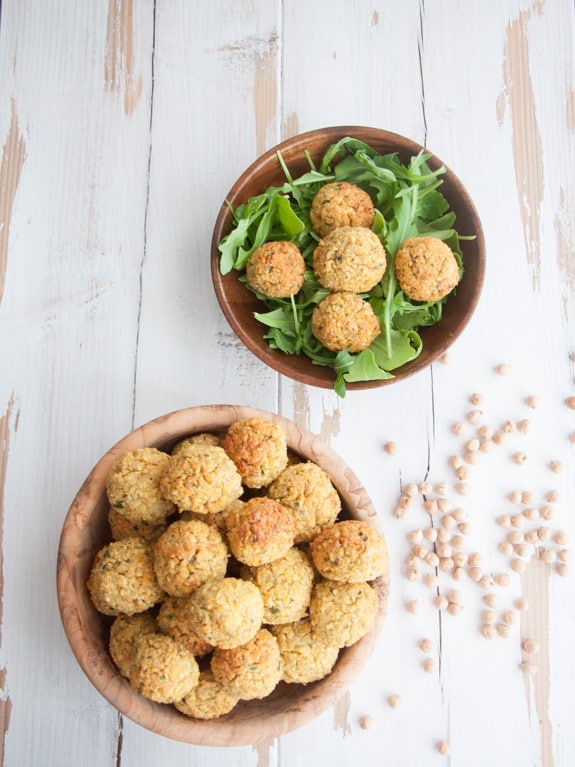 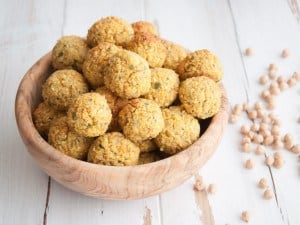 They freeze very well, so you will have a nice stash of homemade falafel in your freezer, which is super convenient ;)
When your defrosted falafel turn out dry, this Falafel Curry recipe is perfect, because they'll get soft again!