Recipe for a vegan, oil-free, 4 Ingredient Sesame Naan. It only takes 5 minutes to make and is the perfect addition to any curries or other Indian dishes. 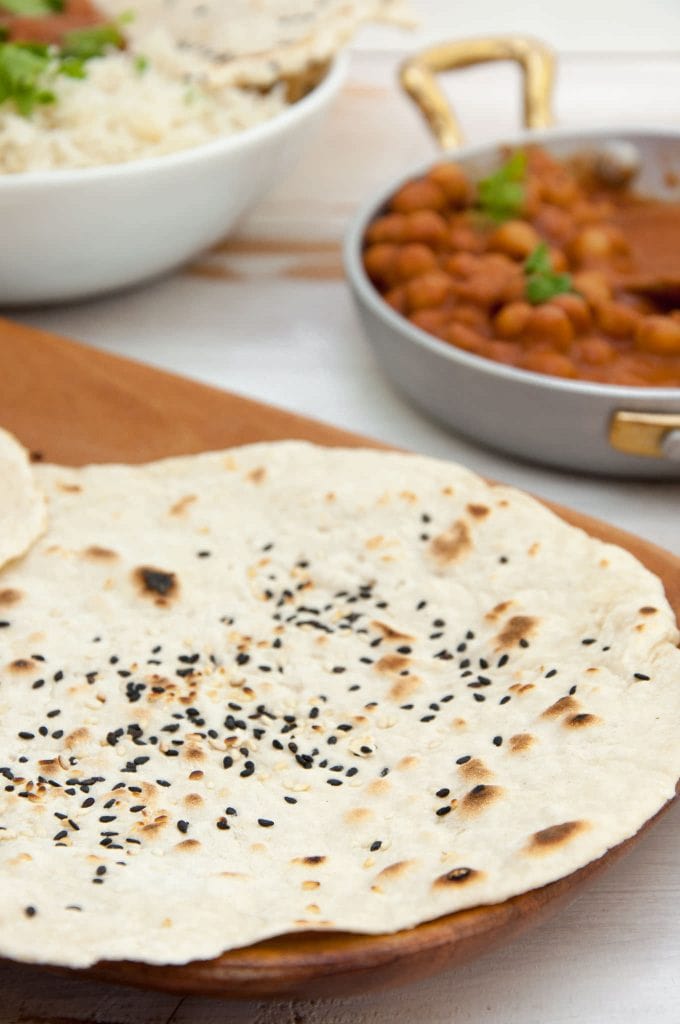 I have a very special recipe to share with you! My vegan, oil-free, 4 Ingredient Sesame Naan. It only takes about three minutes to make or even less!

I’ve been experimenting A LOT with naans because I wanted to create one that goes really, really fast. I love quick curries so I needed a naan, that I could make that is ready when the curry is. You may have noticed the naan (or variations of it) in previous photos like the Falafel Curry, Palak Tofu or Dal Makhani – you already see, there’s no curry for me without a naan!

The ingredients for the Sesame Naan

Sounds pretty easy, right?! Well, it is! And I bet you have all the ingredients at home already! 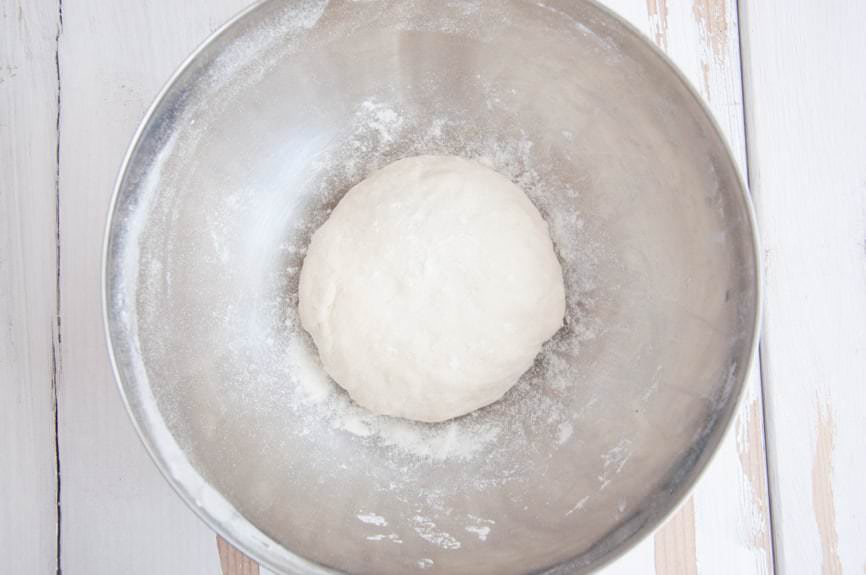 I love it when recipes are as simple as possible. So is this naan! All-purpose flour, salt, water and sesame seeds – that’s all that goes in there! No yeast means also no rise = so it’s so quick to make, you won’t believe it (actually, yes you will!). 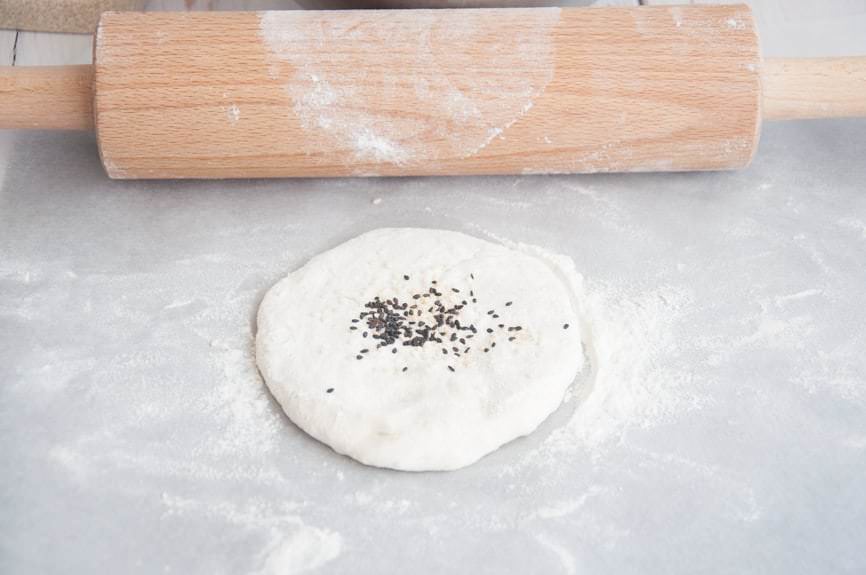 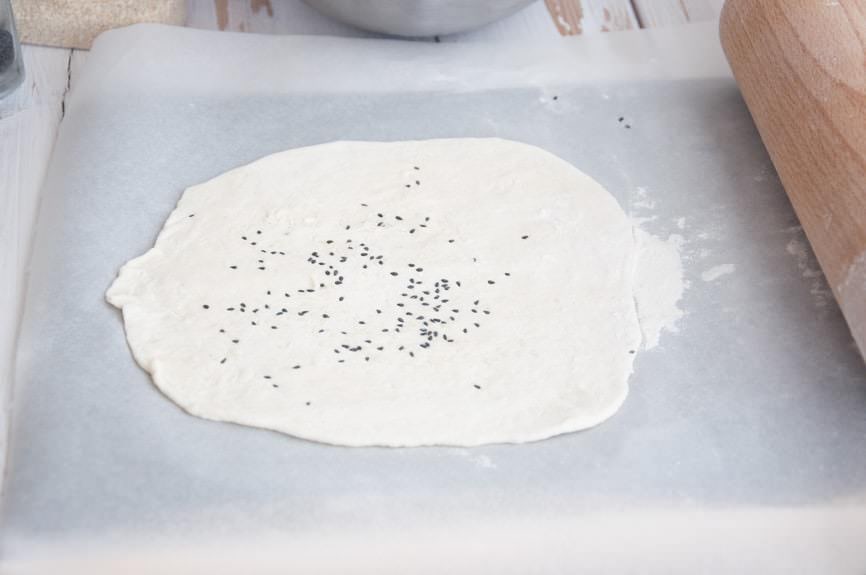 I’ve used black and white sesame seeds – but feel free to use only white or black ones or leave them out completely. Whatever you like!

I’ve baked the naan in my flat crepe-pan, which works great! I always preheat the pan as hot as possible. It’s much faster than baking it in the oven! 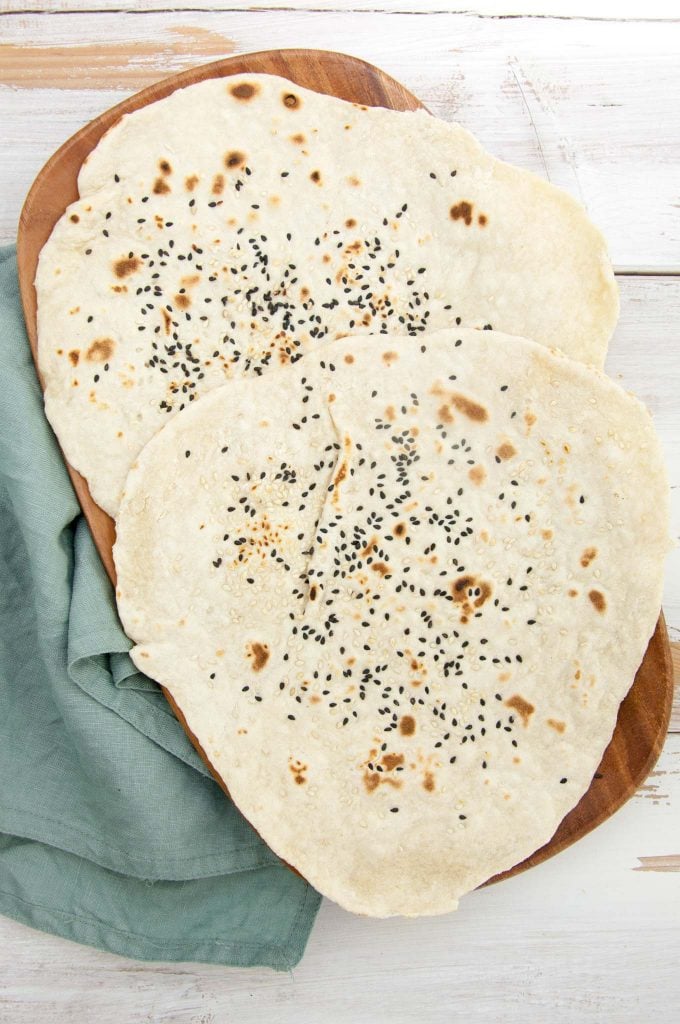 Serve the Sesame Naan with 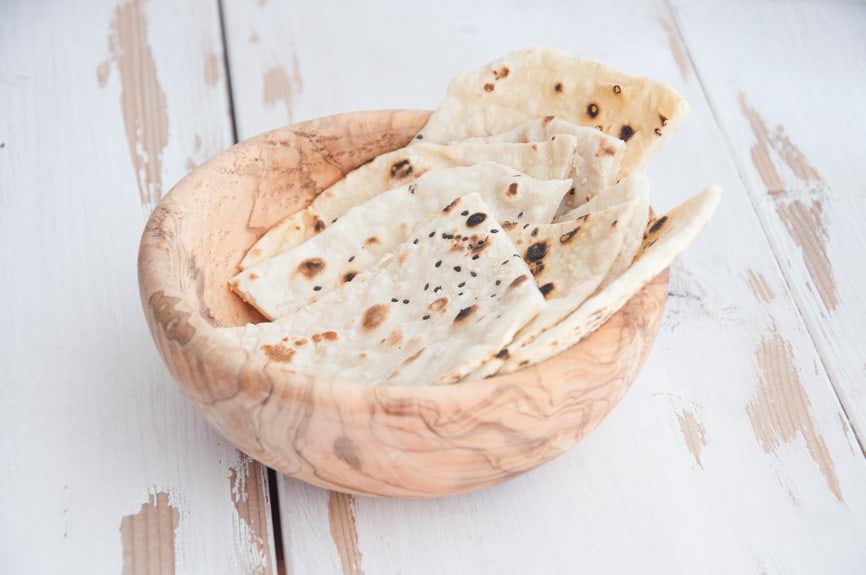 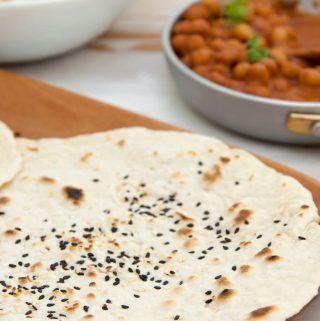 Did you make this vegan, oil-free, 4-ingredient Sesame Naan? I’d love to hear how it turned out for you! Leave me a comment or post a picture on instagram, use the hashtag #elephantasticvegan and tag me via @elephantasticvegan to make sure I’ll see it ^.^ I love to see all your lovely creations! Thanks! <3