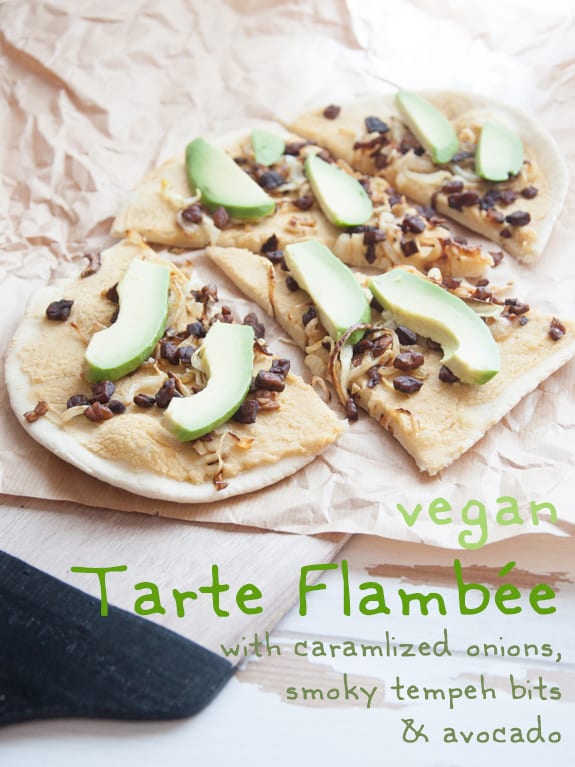 Recipe for a vegan Tarte Flambée (Flammkuchen) with caramelized onions, smoky tempeh bits, and avocado. It’s like the summer version of pizza! 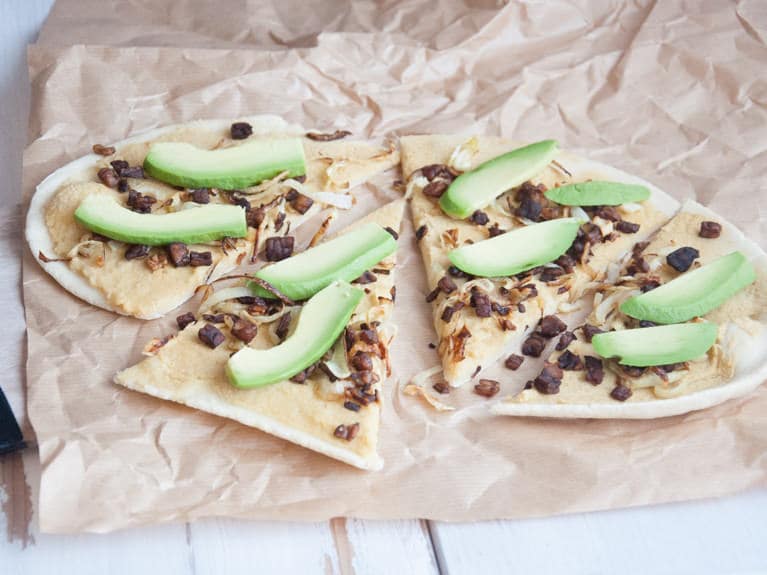 Tarte Flambée or “Flammkuchen” in German is a traditional dish from Alsace (a region in France). It is rather popular in the south of Germany as well. It is traditionally made in a wood-fire oven. But that didn’t hold me back from making my own vegan Tarte Flambée at home in a regular oven! I’ve used a chickpea creme for the base, added some caramelized onions and smoky tempeh bits on top & of course avocado! I sprinkled it with lemon juice and sea salt – it was so good, you have to try it! It’s sweet from the caramelized onions, smoky from the tempeh, creamy because of the chickpea spread & avocado and fresh and light from the lemon juice. 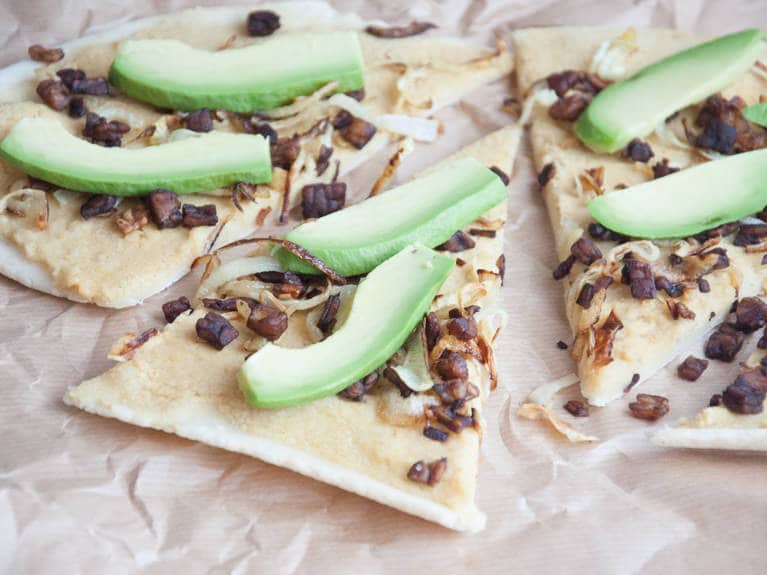 The whole idea of making Tarte Flambée came to me because I was having one a few months ago in a restaurant. They had a vegan Tarte Flambée with a chickpea (or bean ?) spread and some carrots & beets on top. It was tasty and delicious and somehow I feel like Tarte Flambées are the summery versions of pizza, because they’re lighter and fresh and so pretty! 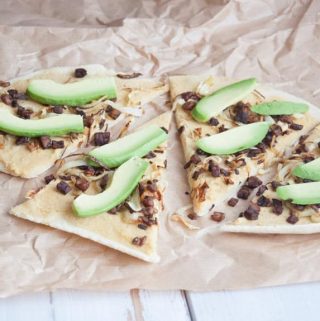 Ingredients for the dough

Ingredients for the top