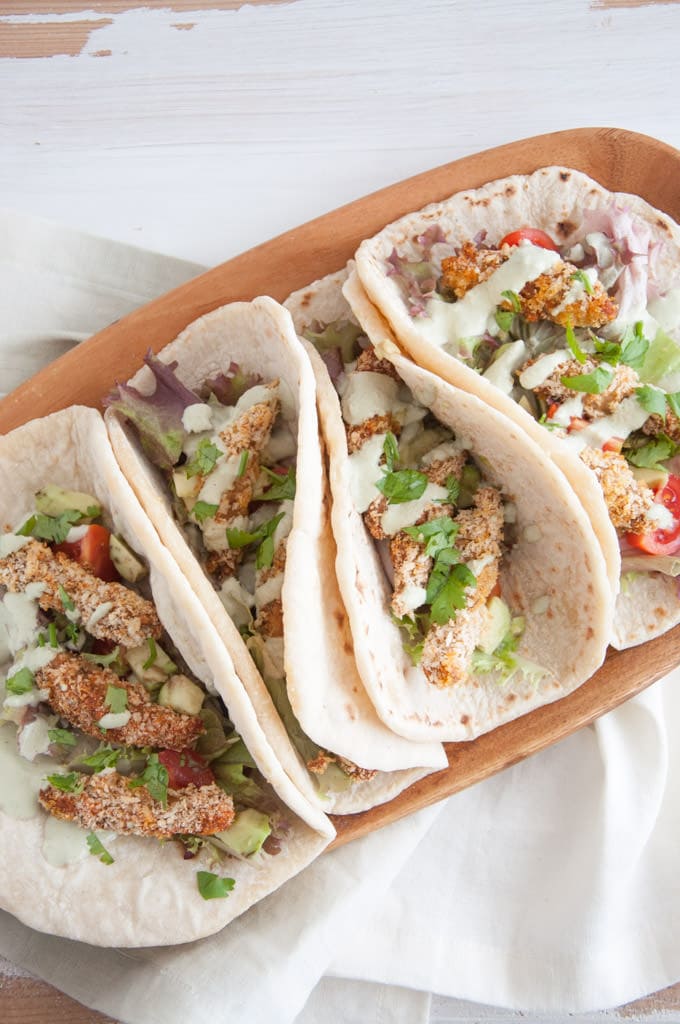 I made tacos. Well, let me rephrase that… I made vegan Chicken Tacos! I also made a Cilantro Coconut Sauce to go with it. And of course, no taco is complete without avocado and cilantro, so those are in there as well. What else? A few salad leaves from the balcony garden and cherry tomatoes. But that’s it. And I filled all of that in homemade, soft tortillas made out of a mix of wheat and spelt flour. I have to warn you though… these are addictive!

These vegan Chicken Tacos are super flavorful, completely cruelty-free and made from scratch. 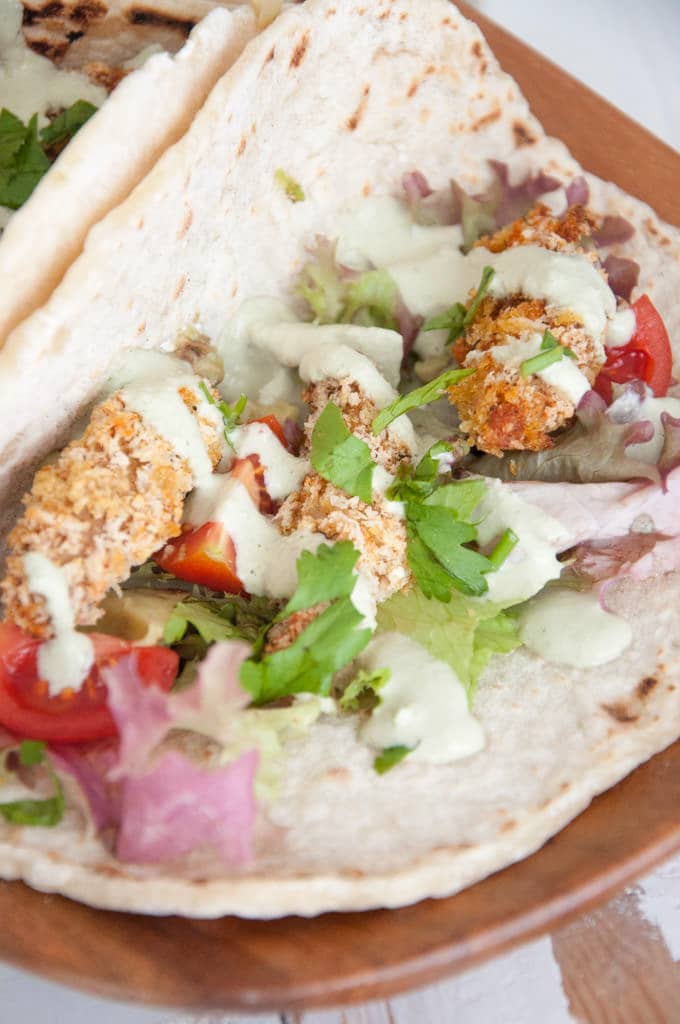 Usually I’m more a wrap-person, so I wanted to change things up a bit and made smaller tortillas for tacos. I love food that you can eat with your hands. You probably wouldn’t have guessed that with the sheer amount of finger food / party snacks I have on the blog. ;) 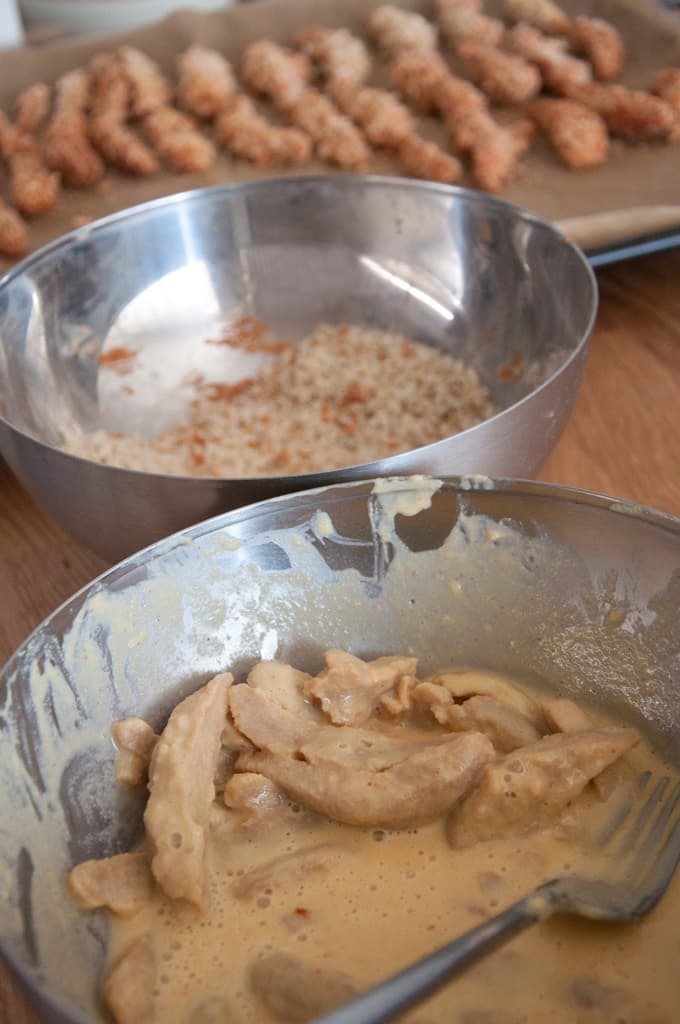 For the vegan chicken, I’ve used textured vegetable protein (TVP) in strips. I love that stuff because the consistency is amazing and so meat-like! After cooking the TVP, I drained it, tossed in our vegan-egg batter (chickpea flour + water + salt + sriracha), then in a panko flake breading (panko flakes + spices). Don’t hold back on the spices. You have to season it well to taste like chicken (except you use other meat alternatives that are already pre-seasoned). I sticked to the classic salt, paprika, garlic powder, onion powder combination and added dried dill to give them more of a lemony taste. After that I baked it in the oven until golden and crispy. 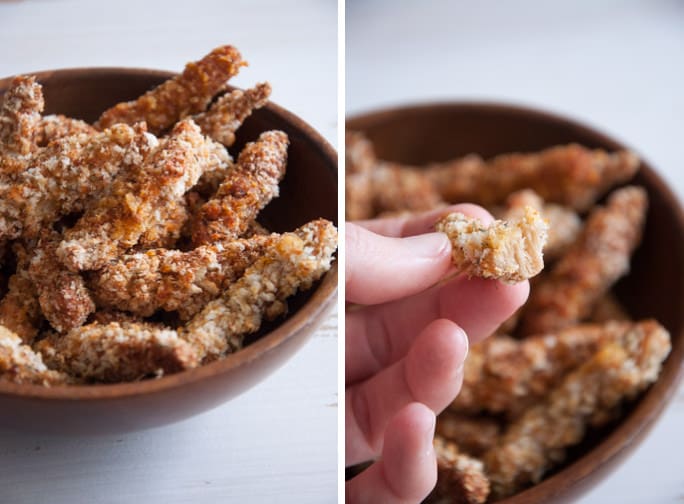 Can you see the stringy meat-like consistency of the textured vegetable protein? That’s how you fool omnivores ;) 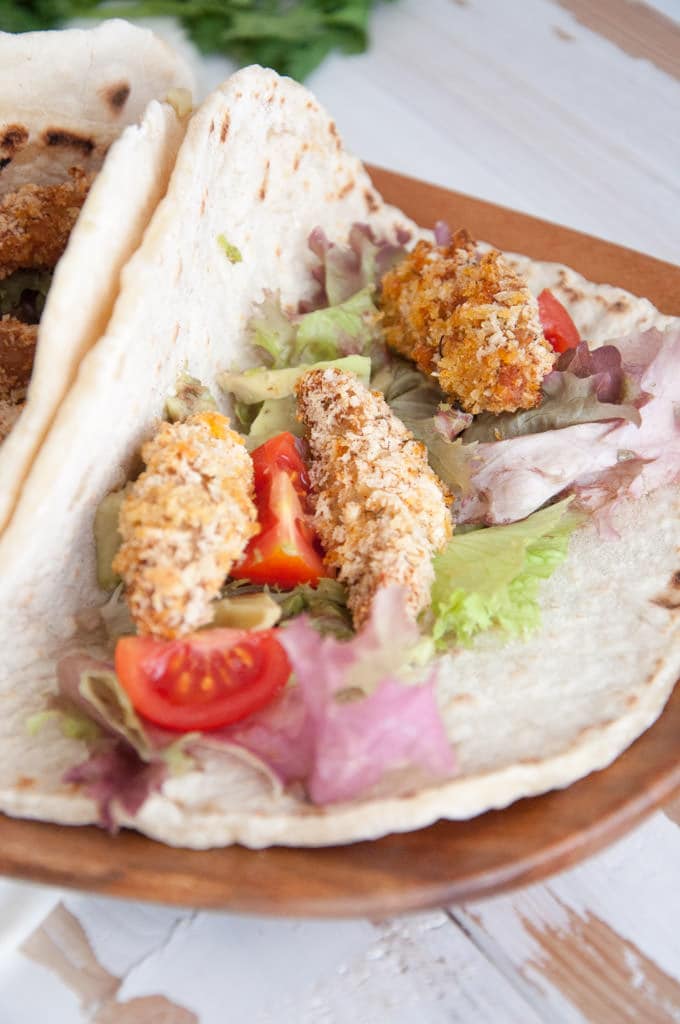 You’ll have leftover chicken strips and you will have more of the Cilantro Coconut Sauce than you will need for the tacos. Guess what… the chicken strips taste amazing when you dip them in the light and lemony sauce. You could also use the chicken strips on pizza, on couscous or rice. I’m sure you’ll find a use for them. 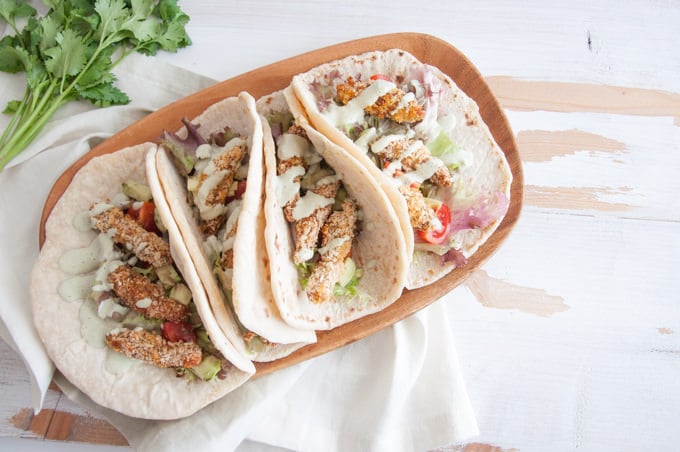 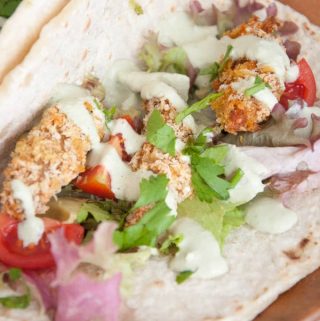 Ingredients for the Vegan Chicken

Ingredients for the Cilantro Coconut Sauce

Instructions for the Vegan Chicken Strips

Instructions for the Cilantro Coconut Sauce

*I used the german brand Vantastic Foods, but these look rather similar. | You won't need all the chicken strips for the tacos. You can dip the rest of them in the Cilantro Coconut Sauce - so good!
**I used my Wheat Flour Tortillas recipe, substituted the whole wheat flour with spelt flour and made 4 small tortillas.
***Leave out this step when you use other meat alternatives, that don't need any cooking.

If you give these vegan Chicken Tacos a try I’d love to hear how it turned out for you! Leave a comment or post a picture on instagram, use the hashtag #elephantasticvegan and tag me via @elephantasticvegan to make sure I’ll see it ^.^ I love to see all your lovely creations! Thanks! <3 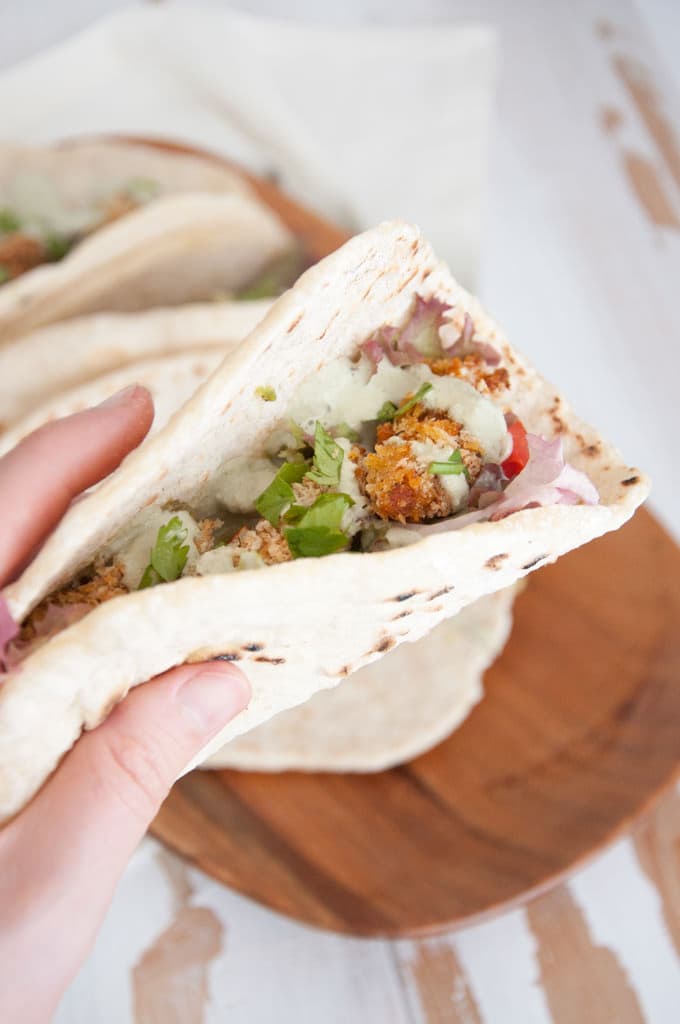