This is a vegan version of its fried meaty counterpart: Chick-o-Vilet – Vegan Fried Chicken. Wrapping rice paper around it gives it a lovely crispy skin! 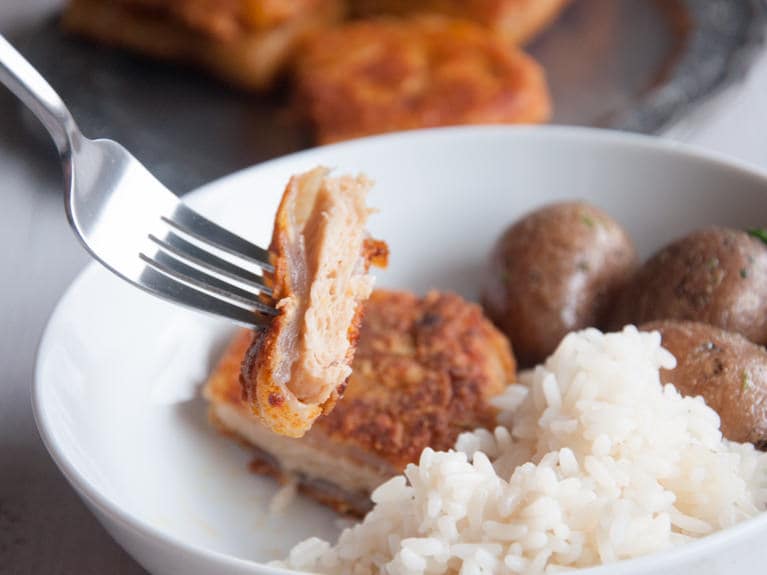 This recipe is somehow similar to the Vegan Schnitzel I have on the blog, because it also uses the TVP slices as a base, yet tastes completely different.

TVP is short for Textured Vegetable Protein, it’s available in different forms: chunks, slices, bolognese, and many more. I like them because they are versatile, have a great “meaty” texture and are quick to prepare (they cook rather quick!). You can read more about it in my Guide about TVP.

The TVP slices in this recipe are wrapped in rice paper wrappers which makes an awesome crispy skin. Depending on the size of your rice paper wrappers you’ll have more or less skin. But I have to say – these are weirdly and amazingly awesome! The skin reminded me so much of fried chicken – I’ve never had anything that similar on a vegan basis – for real! My boyfriend loved them and begged me to make them more often now. They are bit of work but with some practice, it’s getting easier and easier. 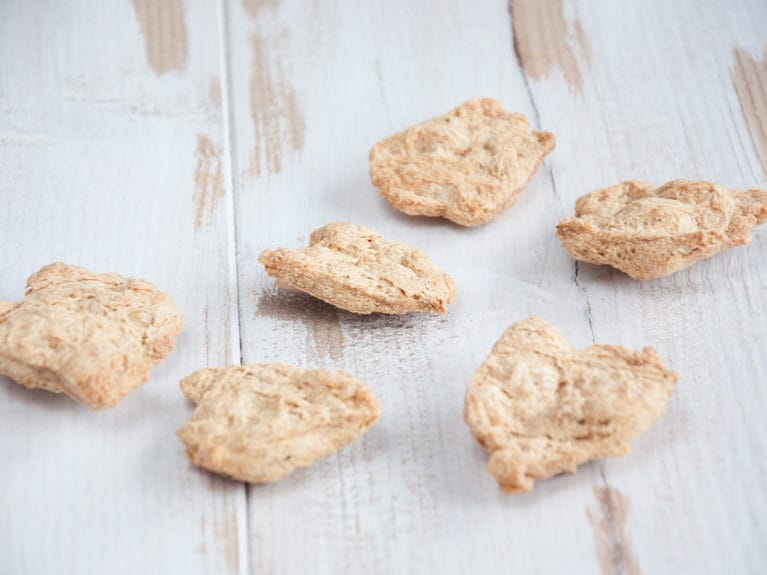 If you don’t have any access to TVP slices, can easily sub it with some gardein or other fake meats that are available where you live. But keep in mind, that some of these fake meats don’t need any boiling so just leave out the first step! 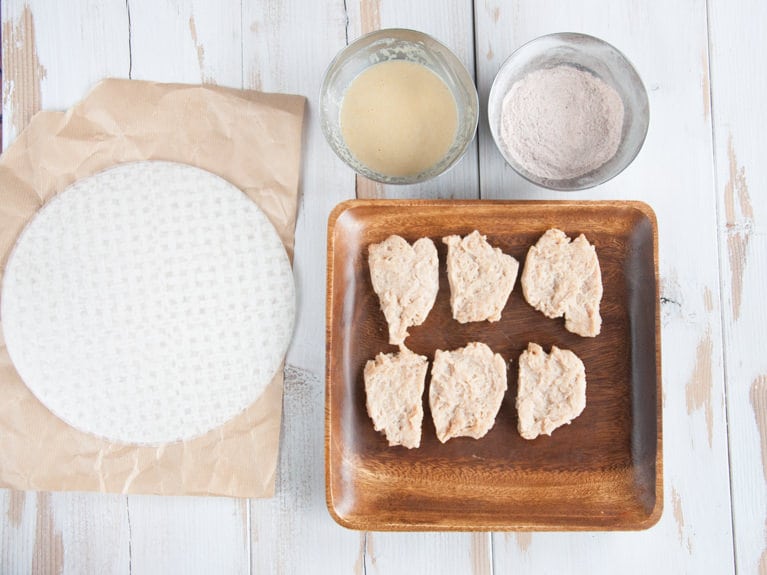 These are the ingredients I’ve used: Rice Paper Wrappers, the TVP slices (they are cooked in this photo), the homemade egg replacement and the flour coating. 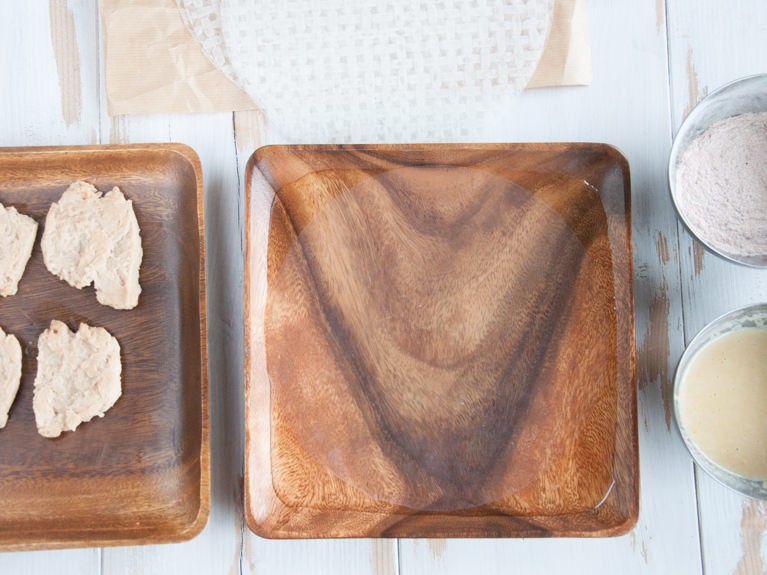 The Rice Paper Wrappers have to be soft and flexible in order to wrap the TVP slices. I’ve placed one rice wrapper after another in a shallow plate with water. It took me a few seconds to half a minute until the rice wrappers were soft enough. 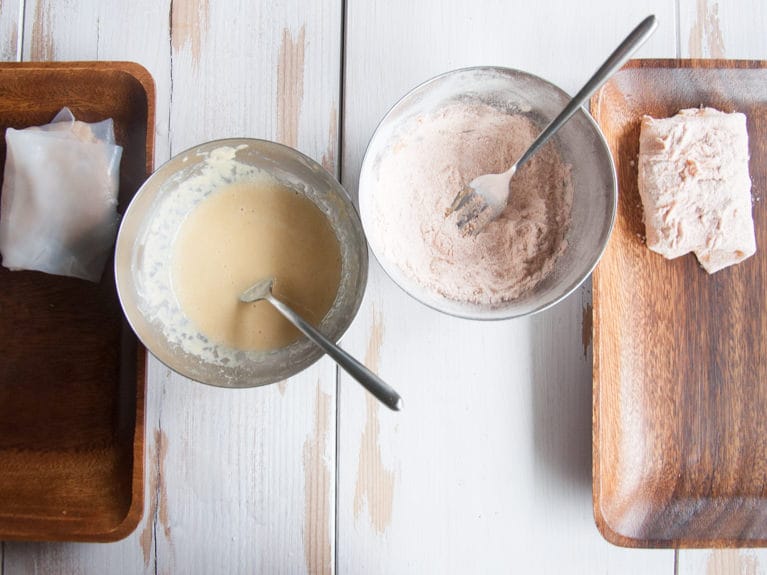 I always like to place my bowls in the correct order so I don’t mess it up. The wrapped TVP Slices first go into the egg replacement, followed by the flour coating. 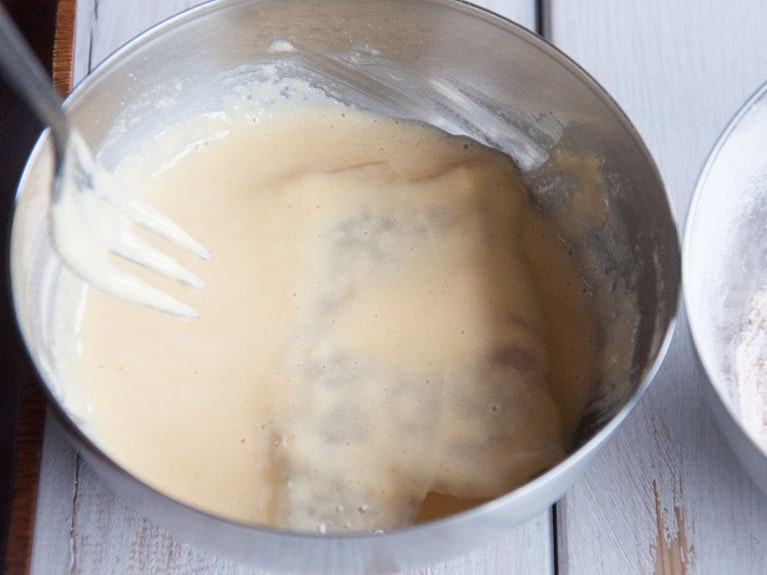 For the egg-replacement I’ve mixed besan/chickpea flour with water, spices and Sriracha Sauce. 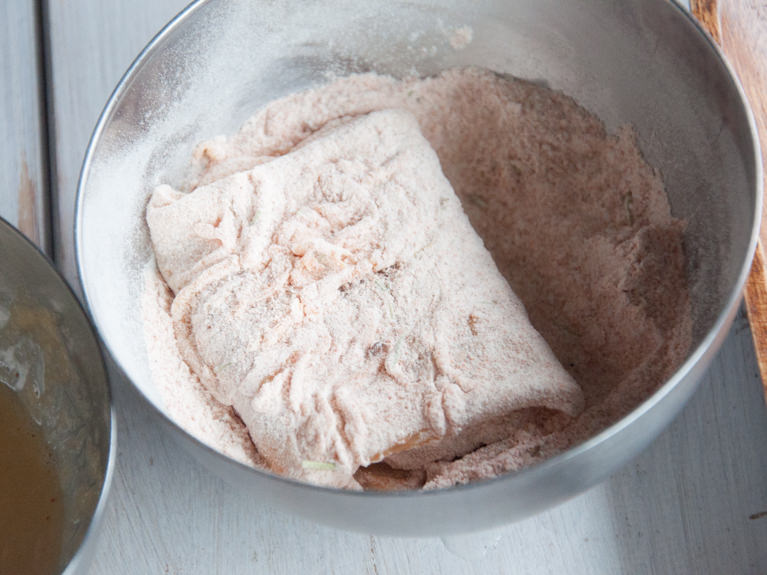 I’ve put a lot of spices like paprika power, garlic powder, dried rosemary and salt in the flour coating – Don’t miss out on that flavor explosion! 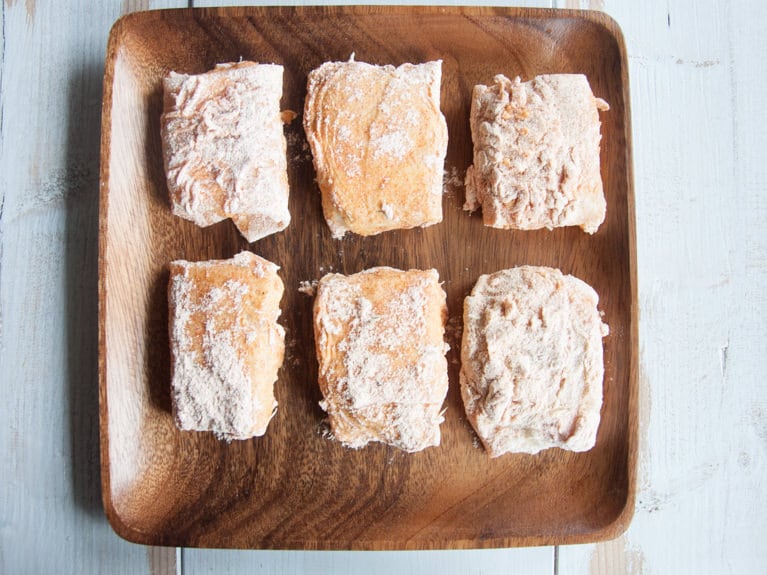 Once the TVP slices are coated in the egg replacement and flour coating the hardest part is done – you only need to fry them and they’re ready! I’ve pan-fried them and it worked perfectly! Look how crispy and golden they are :) 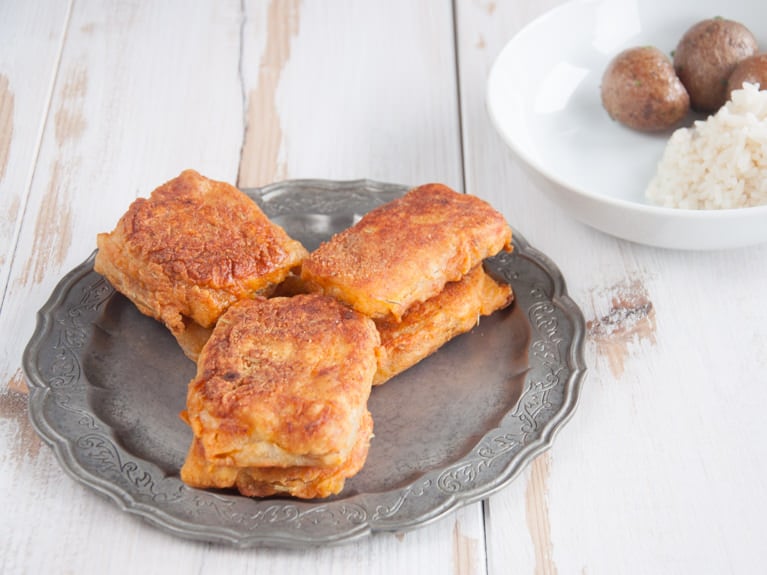 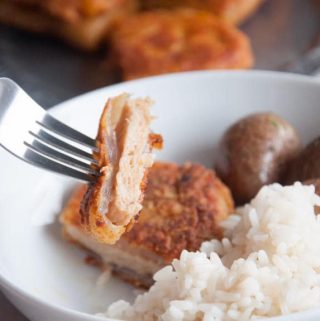 Ingredients for the egg replacement

Ingredients for the flour coating

Recipe adapted from Chef Roberto Martin (via TheOfficialHungry)
I think the Chick-o-Vilets are great with rice and cooked potatoes with parsley, but feel free to use any sides you want! They are awesome in a burger bun as well! 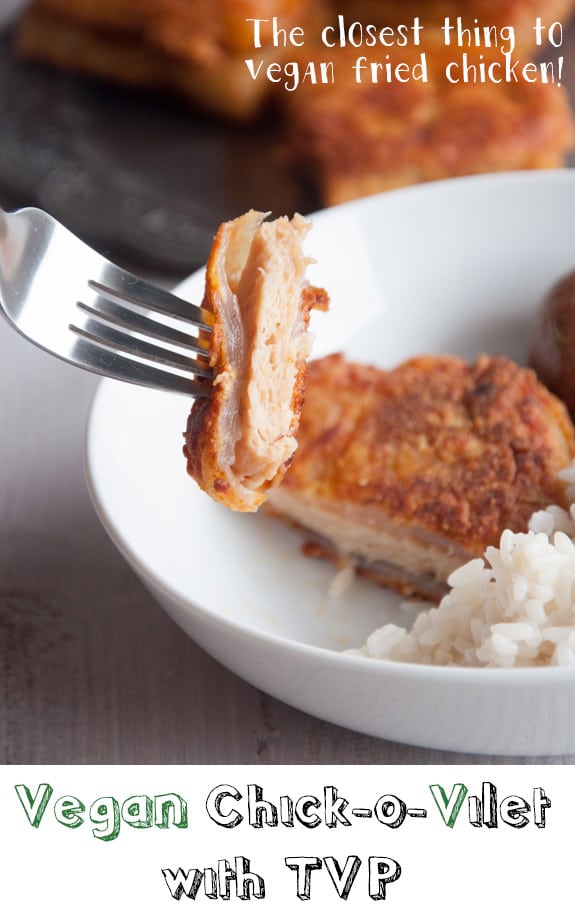 Should you decide to give these a try I’d love to hear how it went! Write me a comment or post a picture on instagram and tag me via @elephantasticvegan to make sure I’ll see it ^.^

Affiliate Disclosure: This post may contain affiliate links, which means I may earn referral fees if you make a purchase through my link. While clicking these links won't cost you any extra money, they will help me keep this site up and running!
5.1K shares
Vegan Kiwifruit Banana Ice Cream
← Previous
Vegan Summer Strawberry Cake
Next →
Click here to cancel reply.

Hi Bianca! I don't like to use any oil, how could I make these so that they can be baked instead?

Hi Adrienne. I haven't tried a oil-free version for these yet. You could try baking them in the oven, maybe brush them with water or marinade, so the rice paper doesn't get too crispy and breaks. Let me know how it turns out for you, if you give it a try :)

Thank you so much for stopping by Gayatri - I just checked out your post and love it! It's such a brilliant idea to use two tofu slices & fill them.

Do you think these would work with seitan? I have some homemade chickn style seitan that I need to use up, I think if I halve them they should be around the same size as the TVP slices. Thanks!

Sure! It's definitely worth a try. I can't think of anything that would speak against it. Make sure the seitan is not too thick otherwise it might not get warm enough and skip the first step if your seitan is already cooked (or steamed or simply ready to cook with). I'd love to know if it works out with seitan too if you try it :)

This VEGAN FRIED CHICKEN looks incredible, Binaca. And what a fun idea to wrap chicken into rice papers! Beautifully presented! :)

Thank you Anu! That's so nice of you!

These look SO much like chicken I'm a little freaked out! The spicy chickpea egg replacer, the fancy black salt that I don't know how to pronounce, and the ingenious rice paper layer...wow Bianca! And the name is perfect ;)

I didn't want to shock you with this one Natalie! :D The dish turned out that similar tasting and looking to the "real deal" that I had to share it! So happy you like the name! Haha. My boyfriend helped me find this one - I'm sure he's the creative one in this relationship! 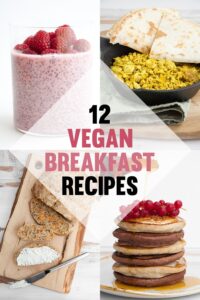