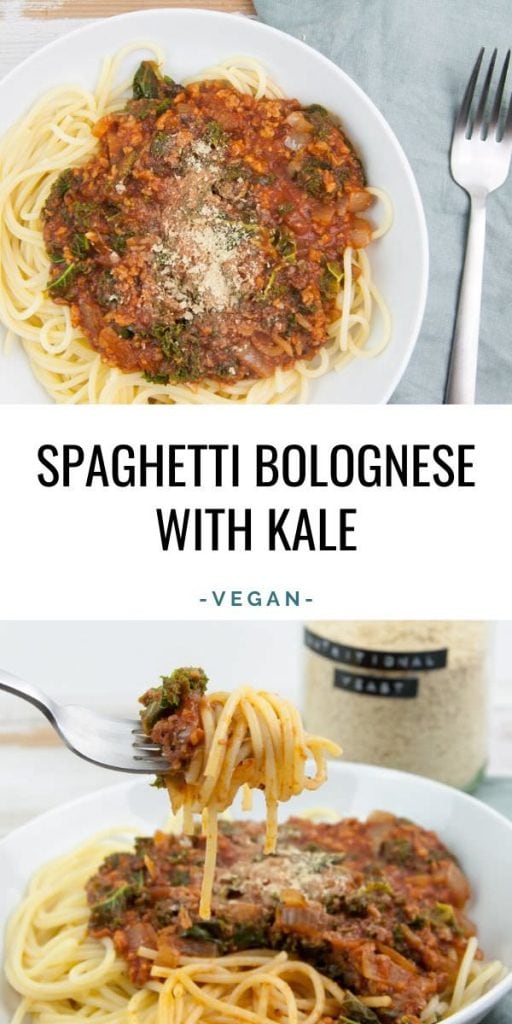 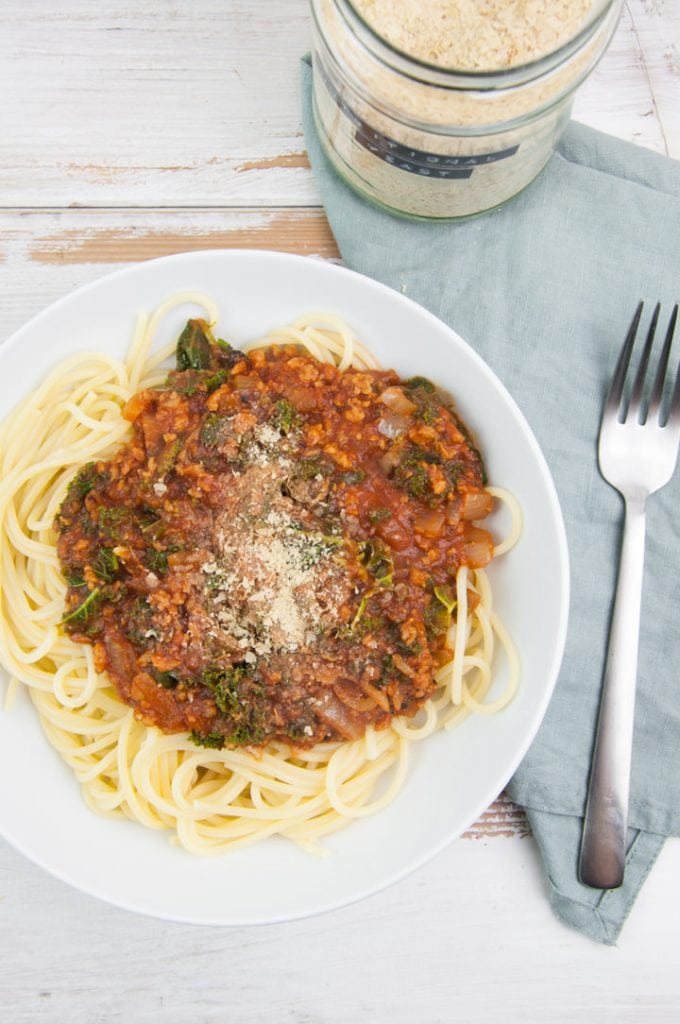 I’ve picked up a new hobby: farmers’ markets! I’ve been buying fresh produce exclusively directly from the farmers for about a month now and I love it! I’m more in touch with what’s in season and I love the freshness of the veggies and little conversations with the producers!

What inspired me for this change? A TED talk of course! Buying directly from the farmers supports them because they earn more than selling their veggies & fruits via regular supermarkets. It’s really a win-win situation.

Now, I’m kind of hesitant to say this but this is the first time I’ve bought kale. Ever. In my life. Kale isn’t usually something you can find in Austrian supermarkets, so it was easy to live without it. But there was a beautiful big bunch of kale at the farmers’ market, I had to buy it! And I was not disappointed!

So my first kale recipe on the blog is this Vegan Spaghetti Bolognese with Kale. It’s super quick to make. As a meat substitute and for texture, we’re using soy granule in the tomato sauce. You could also use grated carrots or mushrooms (chopped into very small pieces) instead. 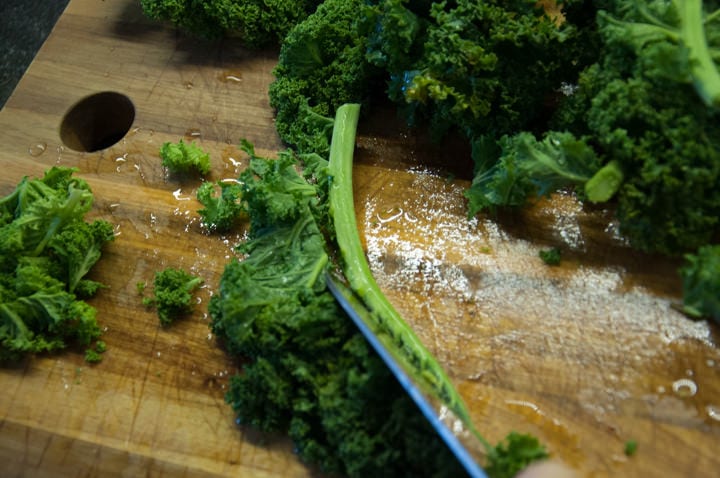 I’ve washed the kale, removed the stem, chopped it up and cooked it down in my favorite vegan bolognese sauce. It’s such a great combo! You’ve got to try it!

You could also make a double batch of the sauce and make a Kale Lasagna with it! Just sayin’! 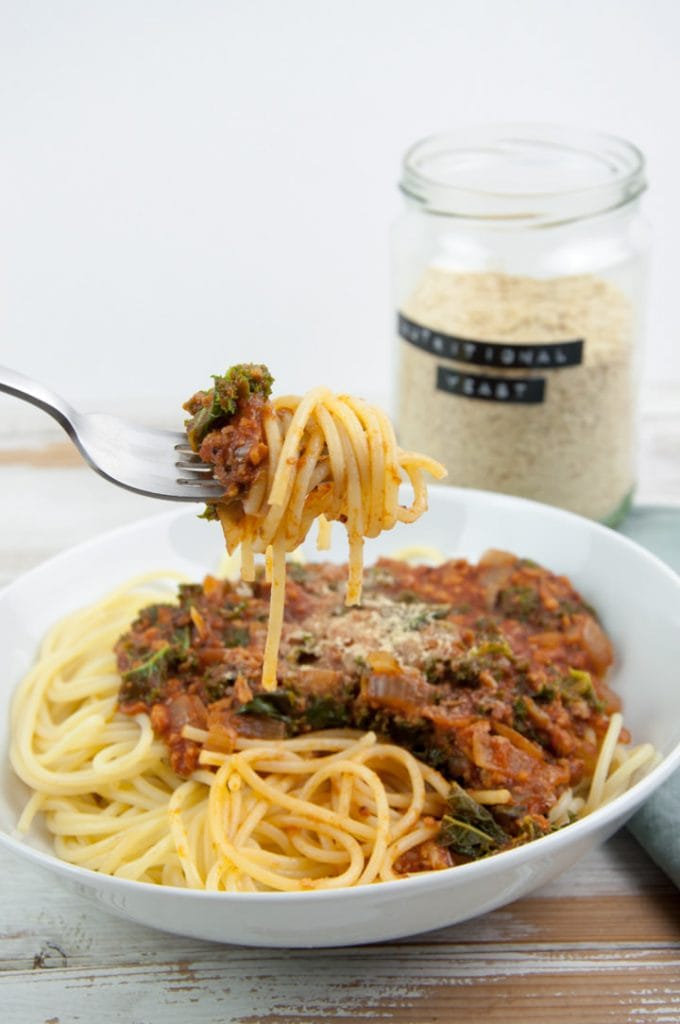 I’ve topped the pasta with nutritional yeast, but you could also use Cashew Parmesan or Almond Parmesan.

I hope you enjoy this recipe as much as I do! Let me know if you give it a try! 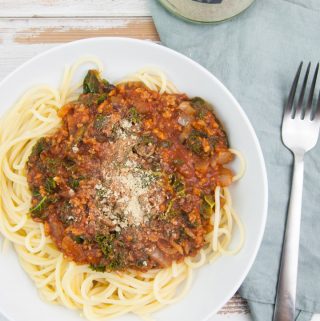 *I used store-bought tomato purée (with salt, no additional herbs) for this recipe - it's often canned or in cartons, not to confuse with tomato paste which is thicker in consistency. Tips for making an amazing vegan bolognese sauce: