Recipe for a vegan Kartoffelkäse (Potato Cheese Spread), which is a traditional Austrian/Bavarian Spread. Easy to make & great with fresh bread! 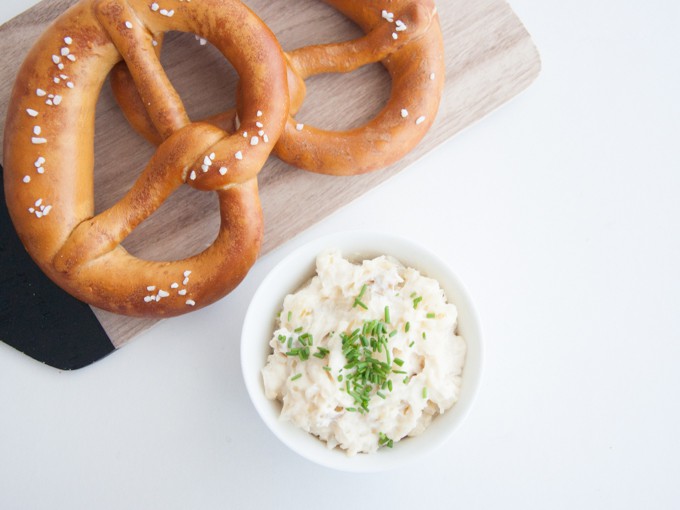 Kartoffelkäse, which translates to Potato Cheese, is a traditional Austrian/Bavarian Spread. It doesn’t contain any cheese but it’s called like that due to its creamy consistency and milky taste. The spread is easy to make and really good – trust me on this one. It’s delicious for brunch with some Homemade Basic White Bread or lye pretzels.

If you don’t like raw onions at all, you can always cook them a bit in the pan before adding them to the cheese to make the flavor softer.

I’ve used a vegan sour cream from a local brand (Joya), but Follow Your Heart has one too! This recipe is as Austrian as it can get – a fluffy potato cheese spread. 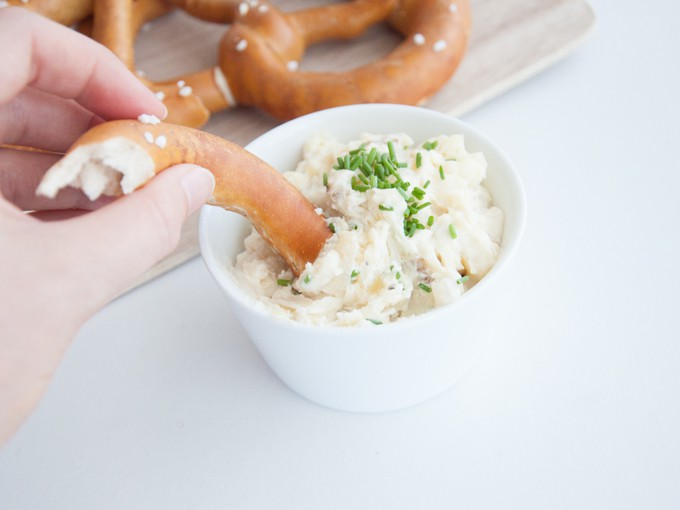 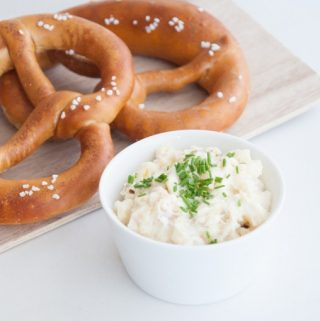 If you're not a fan of raw onions, you can cook them in a pan before adding them into the Potato Cheese Spread. 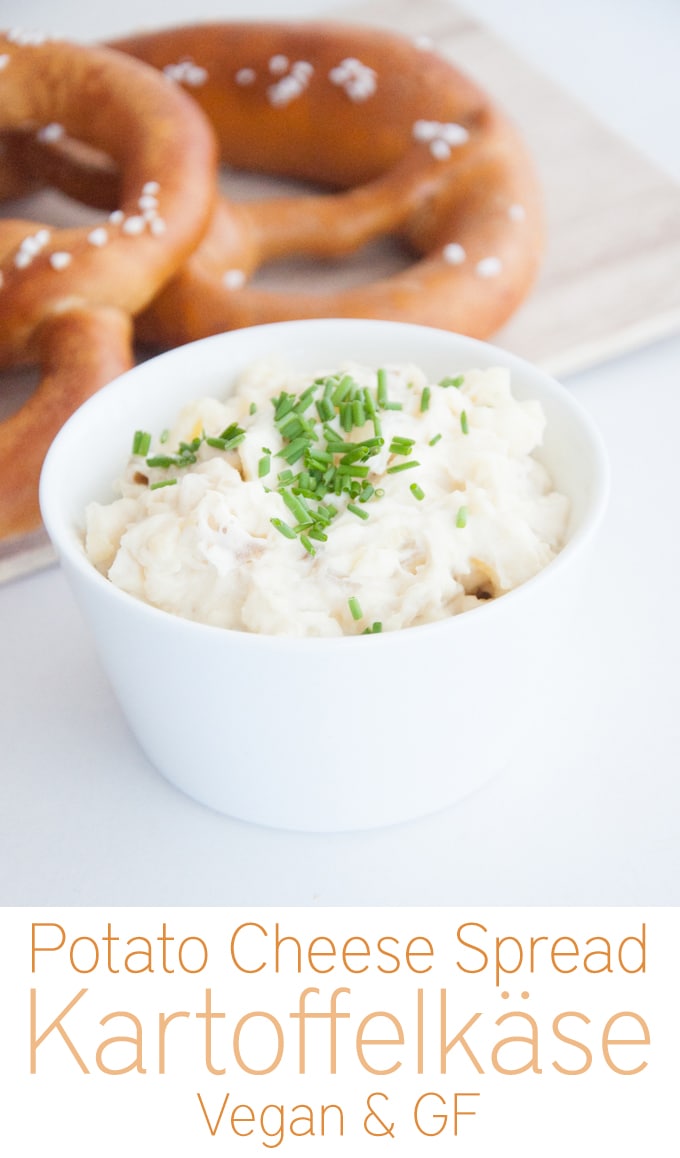