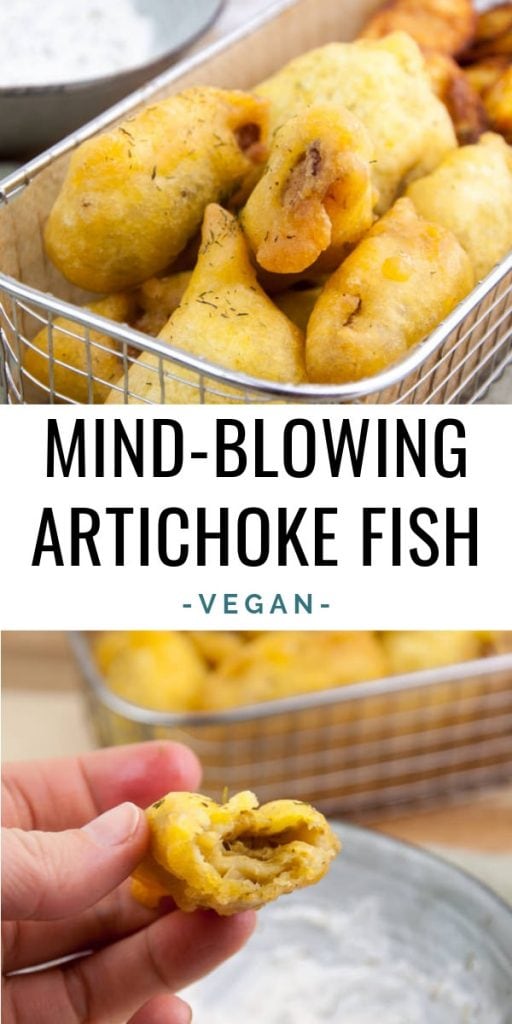 The flaky texture of artichokes is perfect to make vegan fish. It’s super easy to make: The artichokes are battered, fried, and served with potatoes and vegan tartar sauce. It tastes so similar to real fish. 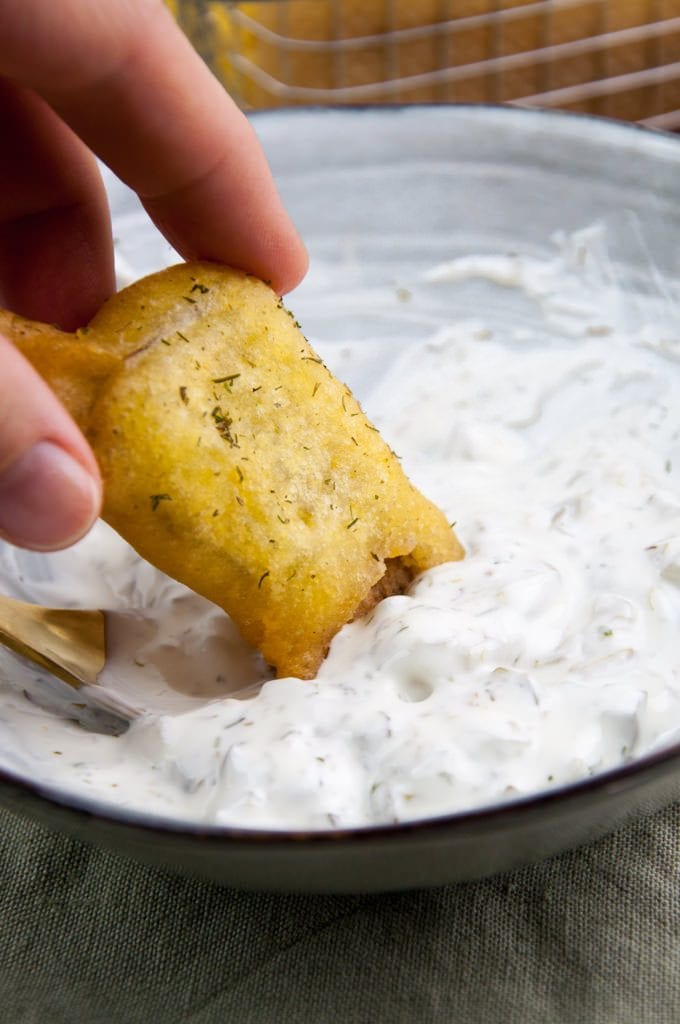 Lately, I’ve been experimenting a lot with vegan seafood. Salmon was one of the hardest things for me to give up when going vegan, so sometimes I’m craving the flaky texture. I’m not craving the overfishing of the oceans and animal suffering, so I love to explore new vegan options. Most of the store-bought vegan seafood and fish products are not exactly… well, let’s face it … they are disgusting!

For this recipe, I’m using canned artichokes in brine/water, not oil. I’d really recommend looking for oil-free artichokes because we are battering and frying the artichokes and that would be a bit too much oil. 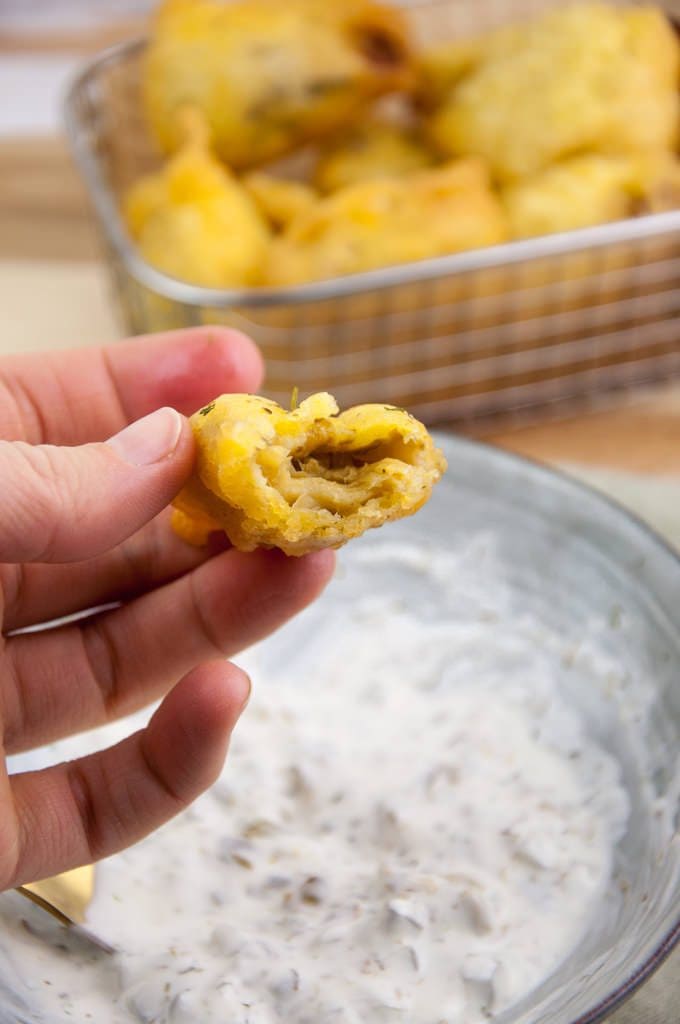 The flaky texture of artichokes is perfect for making vegan fish!

How to make Artichoke Fish 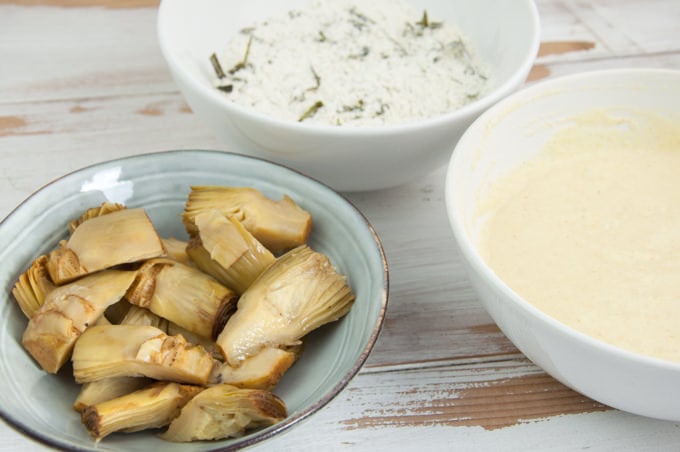 Step 1: Rinse and drain the artichokes. Prepare the flour mixture and batter. 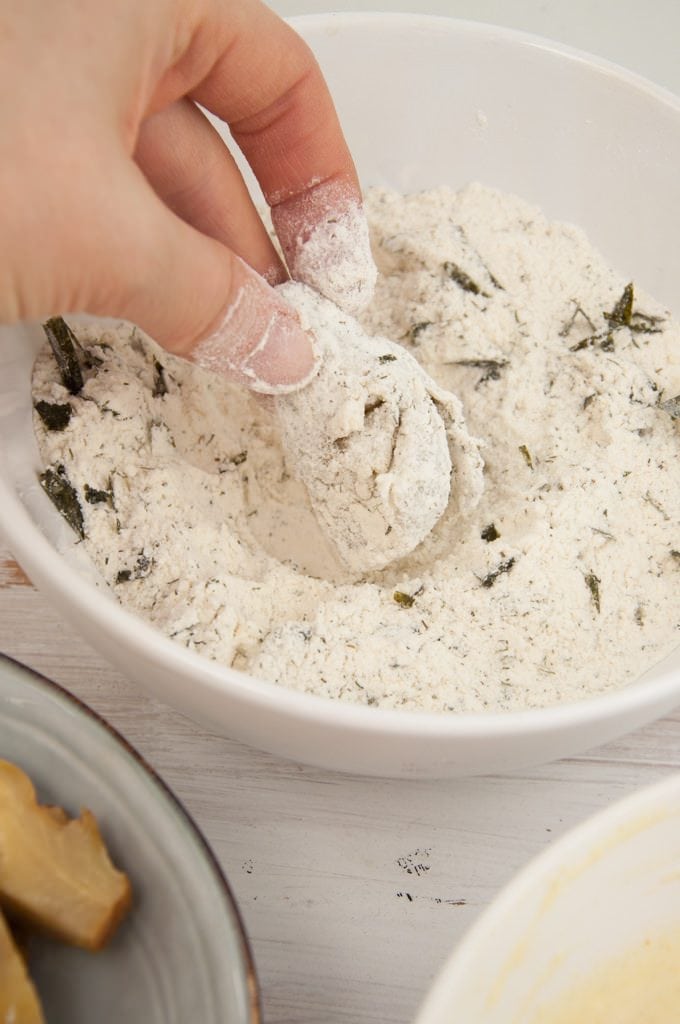 Step 2: Coat the artichokes in the flour mixture. 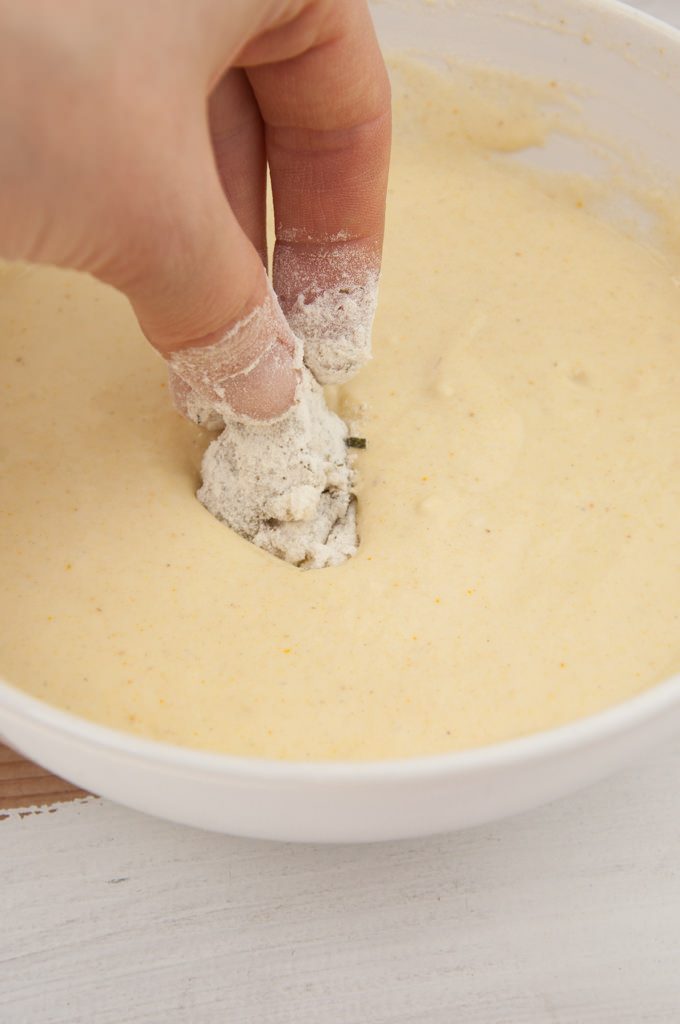 Step 3: Dip the artichokes in the batter. 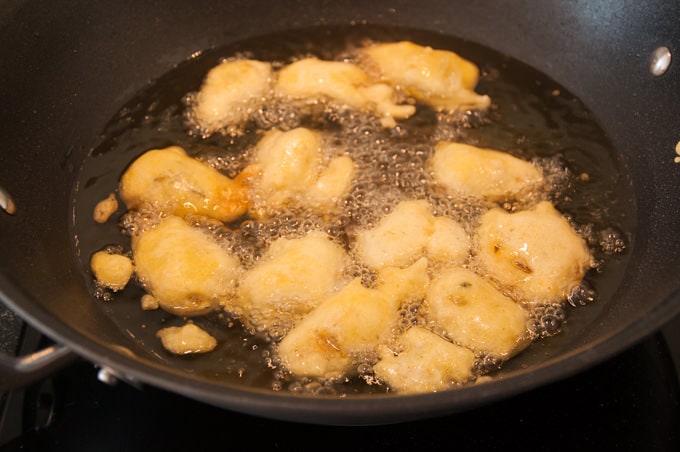 Step 4: Fry until golden. Place it on a kitchen paper to remove excess oil. 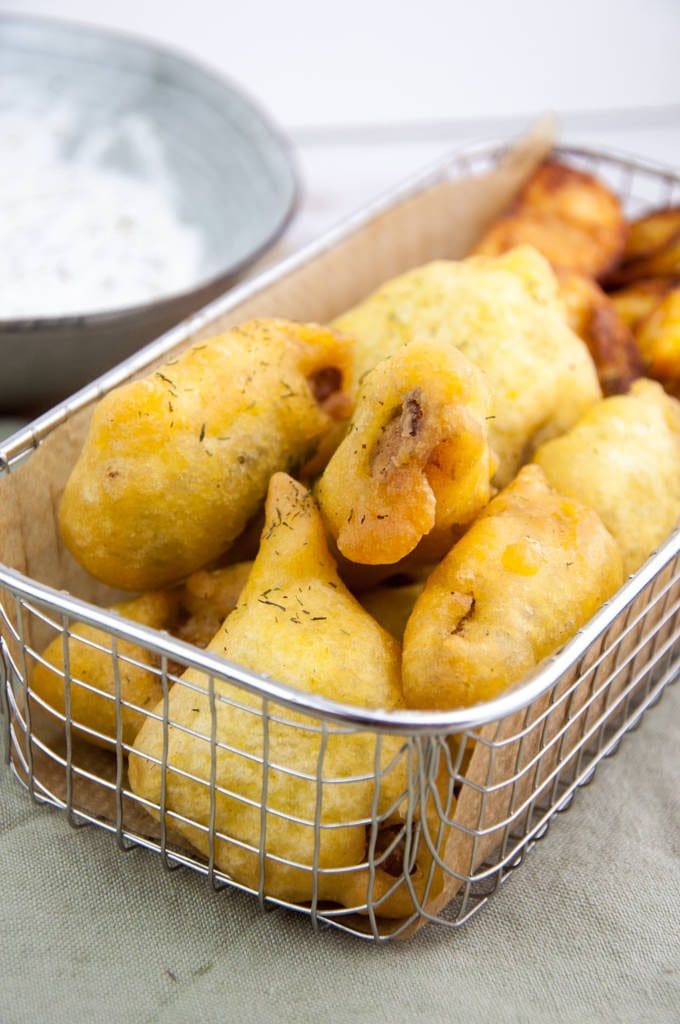 Serve the Artichoke Fish with…

Served with baked potato slices or wedges this vegan ‘fish’ makes quite an appearance. Don’t forget to add freshly squeezed lemon juice on top and sprinkle it with chopped dill. Makes it only better! :)

The perfect dip is of course: Vegan Tartar Sauce.

Do you know what also would be good with this vegan fish? Rice and peas or mashed peas! Anything you would serve with regular fish would be delicious with this cruelty-free, vegan alternative!

I hope you will enjoy this ‘fish’ as much as I did! Let me know if you give it a try!

And don’t forget to rate the recipe if you like it, this helps other users figure out if it’s worth a try! 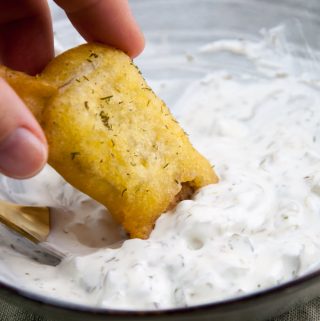 *With how many vegan fish pieces you will end up, depends on how many artichokes are in the jar. I've had about 15 pieces in mine = 170g of artichokes.

Previous Post: « How To Deep Fry In a Pot
Next Post: 20 Green & Vegan Recipes for St. Patrick’s Day »