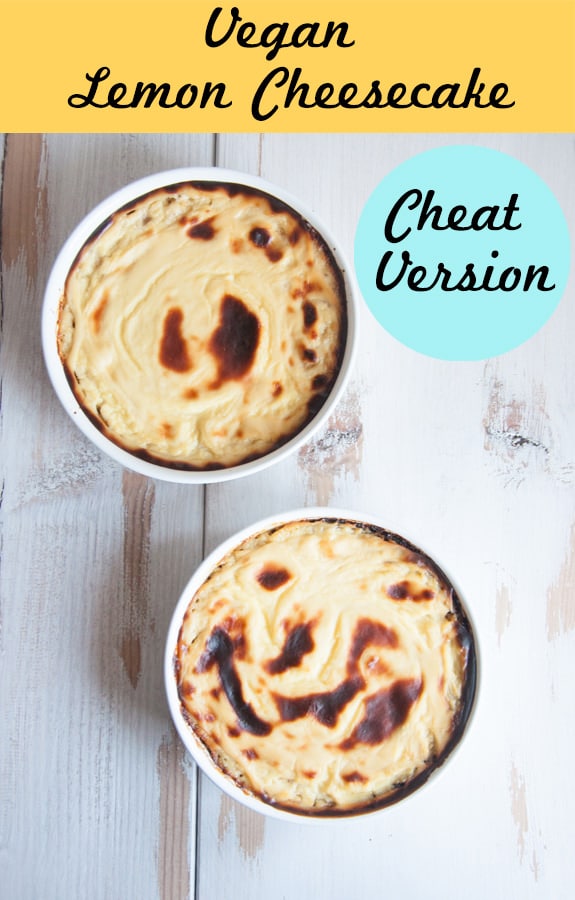 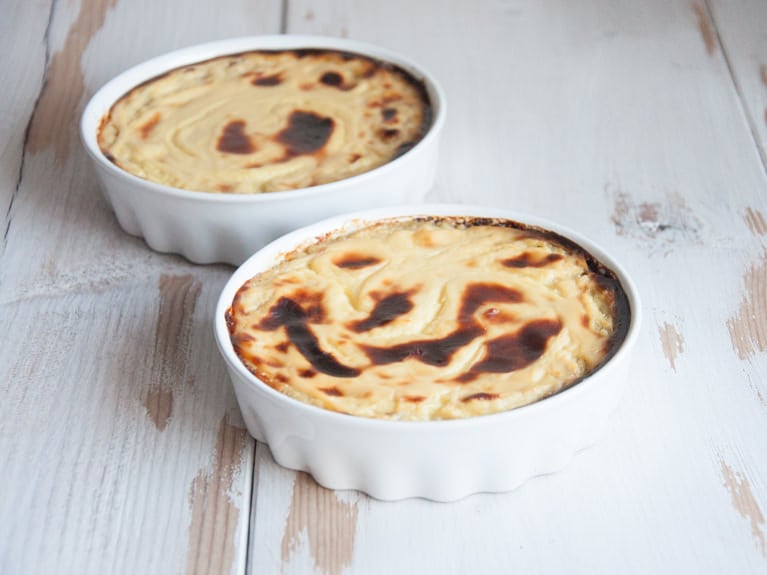 Spoiler Alert: This recipe is not healthy! And it’s not sophisticated baking but it’s awesome and it’s super easy to make! It tastes like real Lemon Cheesecake. Over the last years I’ve tried my hands on some vegan cheesecake recipes – mostly with tofu fillings – but was rather unhappy with how they turned out. But this – 3 ingredient cheesecake recipe  – is that easy and awesome – I really consider it cheating :)

It was actually a good friend (Hi Andi! :P) who asked me if I’ve tried an Oreo-Cremoso-Cheesecake yet. I loved the idea and was really happy with how it turned out so I had to share it with you guys! 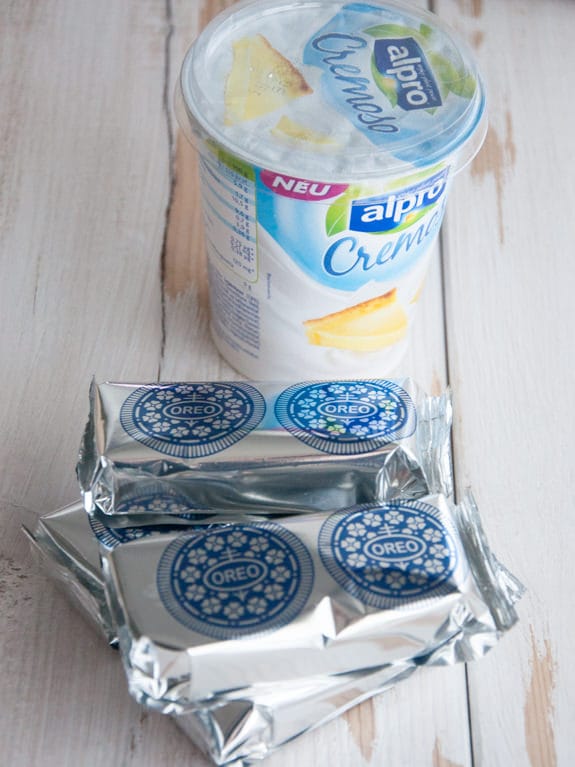 For this recipe only three ingredients are needed: Alpro’s Cremoso “Lemon Cheesecake” (this product may not be available in all countries yet; it’s rather new but I’ve found it in many supermarkets in Austria); Oreos (make sure they’re vegan in your country as they may use different ingredients across the globe) and coconut oil. That’s all! Could it be any easier? 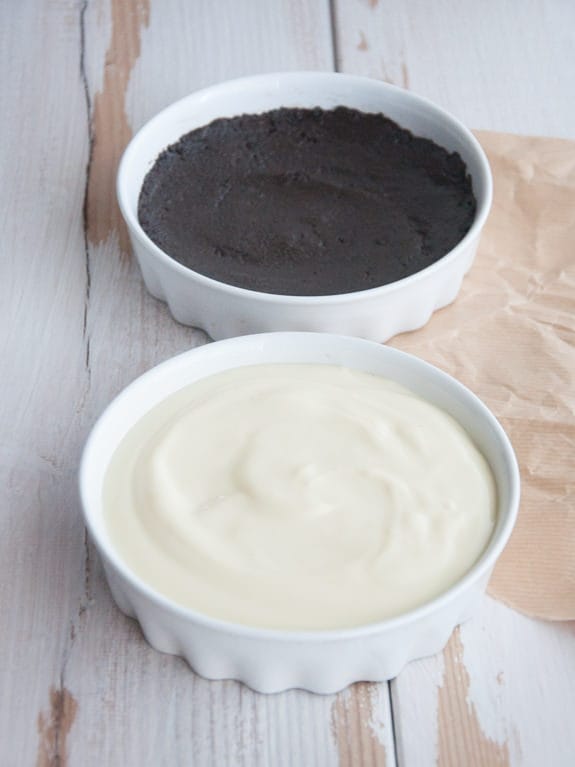 The Oreos & coconut oil combination makes the perfect base and Alpro’s Cremoso “Lemon Cheescake” is a great fit for the filling. It tastes like Lemon Cheesecake as it is, so no additional ingredients are needed. 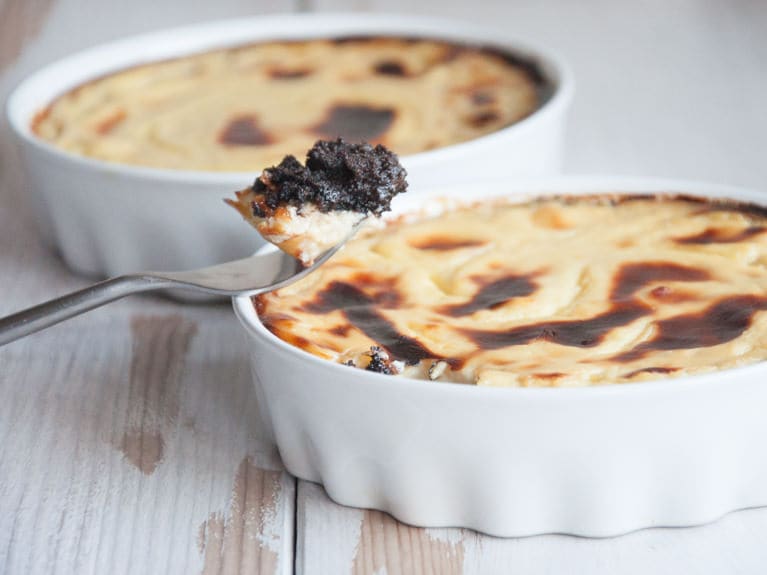 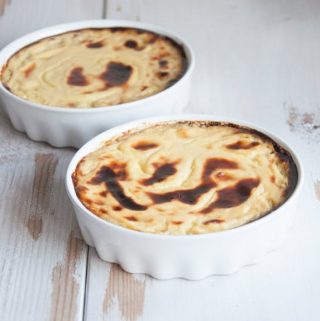 Should you decide to give the cheesecake a try I’d love to hear how it went! Write me a comment or post a picture on instagram and tag me via @elephantasticvegan to make sure I’ll see it ^.^