If you want a meaty vegan chili, TVP soy granules are the way to go! This Chili con TVP convinces even the most stubborn meat-eaters! It’s perfect for parties because it can be prepared ahead and it’s a real crowd-pleaser! 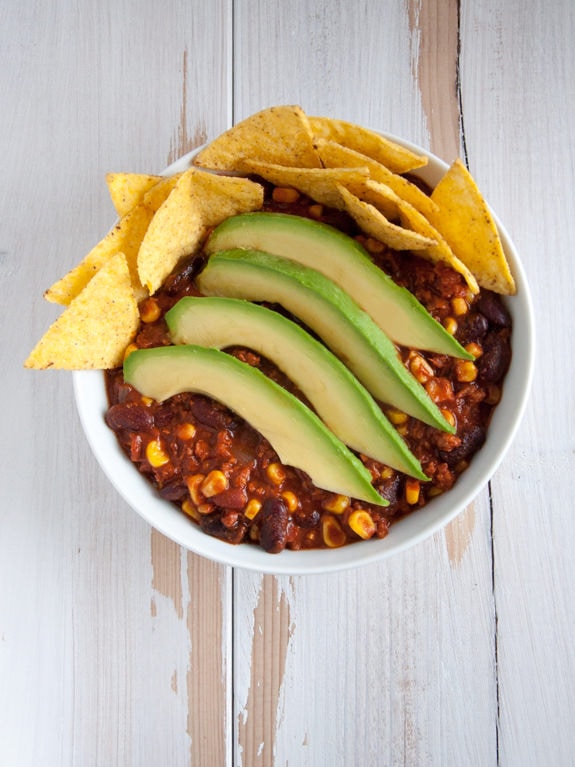 My boyfriend and I make Chili pretty often, especially in fall and winter, it’s such a comforting, filling and warming meal. My favorite way to serve it is with corn tortilla chips and avocado slices on top. It’s also really good with homemade bread!

The cocoa powder, rice syrup, and cinnamon gives the Chili a nice sweet touch and takes it to a whole new level. While the liquid smoke adds a nice smoky flavor.

We also love making vegan Chili when people are over, because you can easily make a bigger portion and it’s so easy, it almost cooks itself. It can be prepared ahead (may I just say it’s even better when reheated?!) and it’s a real crowd-pleaser. We made this Chili for so many of our friends and they all loved it (even meat-lovers!). So it’s a perfect food for the Super Bowl or New Year’s Eve. 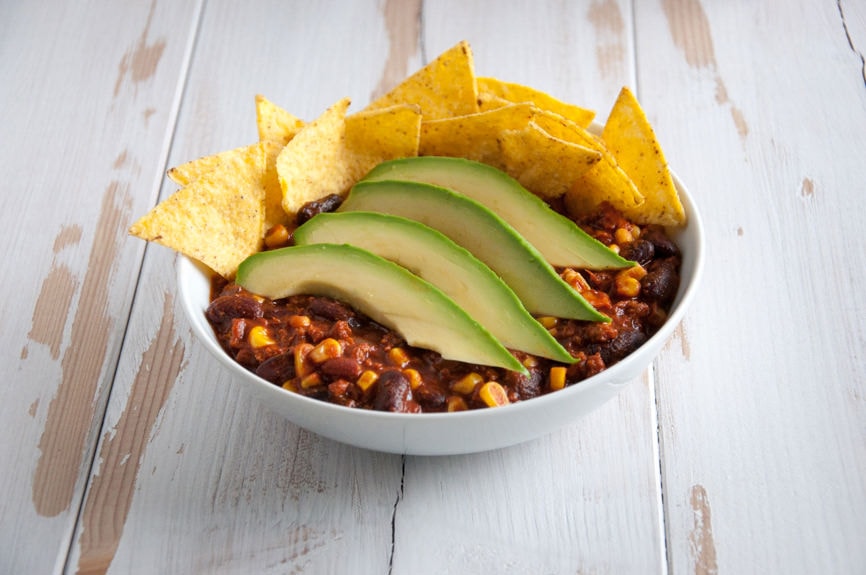 The key to making a ‘meaty’ vegan chili is using soy granule or TVP. Not only does it give the Chili lots of protein, but it adds that typical meaty consistency that you can’t get with tofu, lentils or bulgur. I’m sure of it, most meat-eaters won’t notice that it’s a vegan Chili.

I’m a big fan of TVP because it’s the perfect substitute for meaty components in dishes and it stores forever because it’s hydrated. It’s rich in protein and not expensive. It can soak up lots of flavor (it works wonders with liquid smoke!). 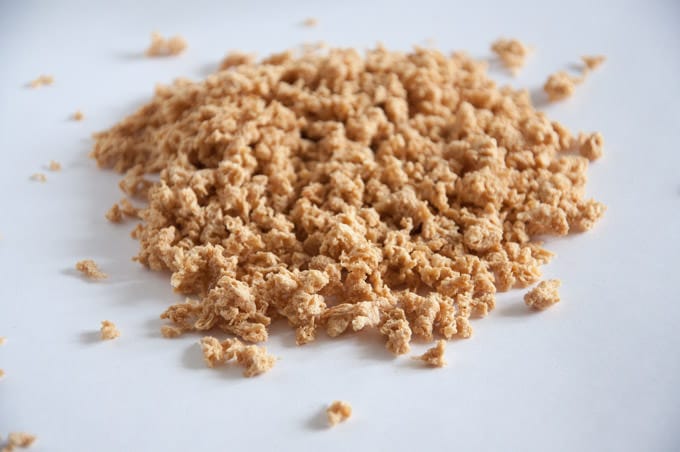 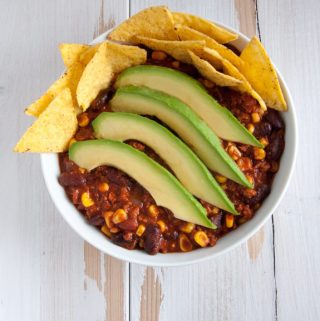 Elephantastic Vegan
If you want a meaty vegan chili, TVP soy granules are the way to go! This Chili con TVP convinces even the most stubborn meat-eaters! It's perfect for parties because it can be prepared ahead and it's a real crowd-pleaser!
5 from 7 votes
Print Recipe Pin Recipe
Prep Time 5 mins
Cook Time 40 mins
Total Time 45 mins
Course Main Course
Cuisine American, Vegan
Servings 2 people
Calories 520 kcal

*I used store-bought tomato purée (with salt, no additional herbs) for this recipe - it's often canned or in cartons, not to confuse with tomato paste which is thicker in consistency.

Did you make this ‘Meaty’ Vegan Chili con TVP? Leave a comment and please rate the recipe for other users! If you post a photo on instagram, use the hashtag #elephantasticvegan and tag me via @elephantasticvegan to make sure I’ll see it ^.^ I love to see all your lovely creations! Thanks! <3