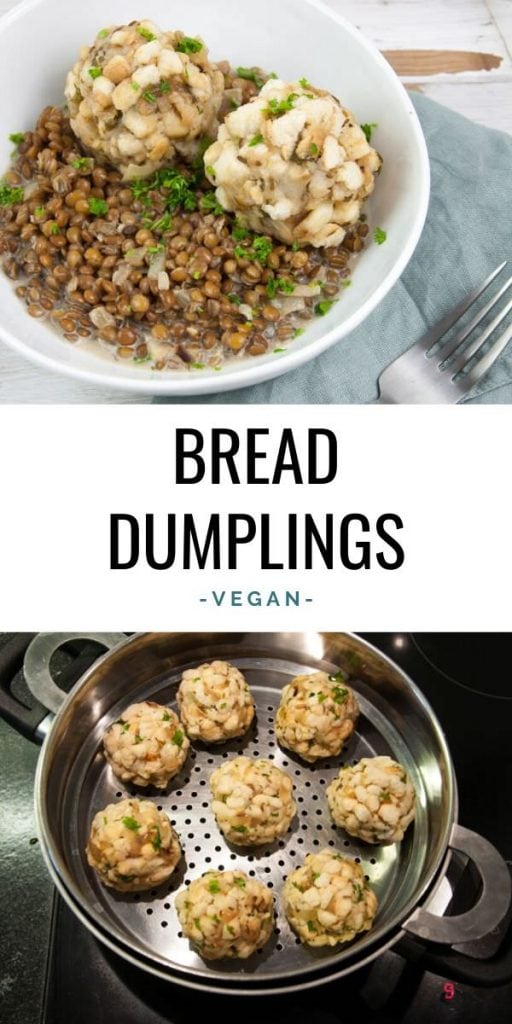 Bread Dumplings are traditional Austrian dumplings made with dried bread cubes. Traditionally, old, stale bread was used. These dumplings are often served with goulash or other creamy stews or sauces. 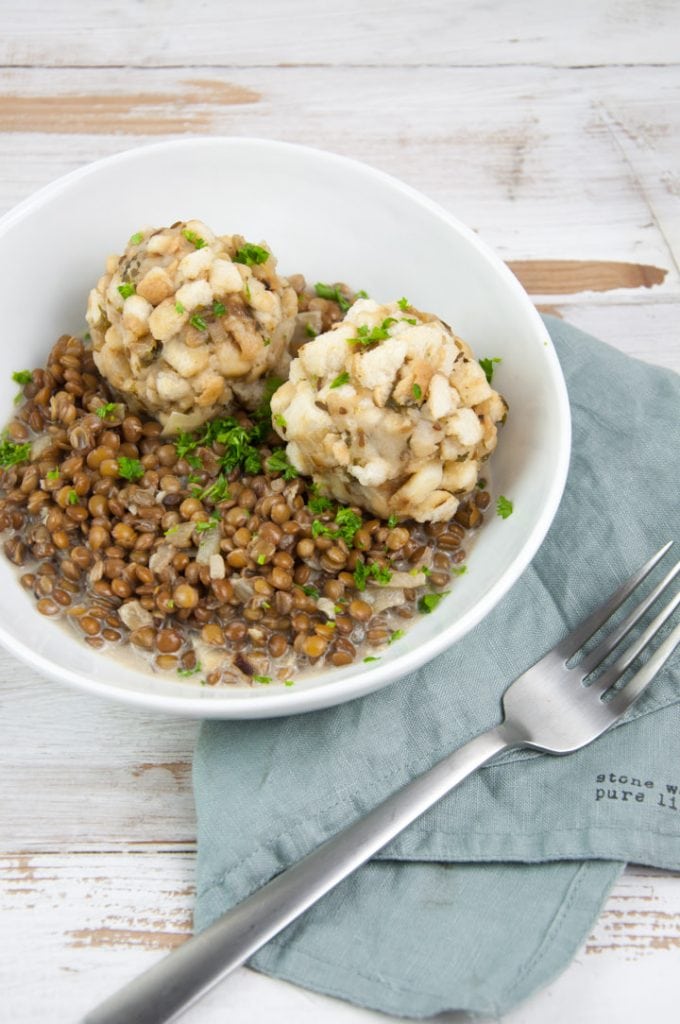 Bread Dumplings, in german Semmelknödel, are a typically Austrian/Bavarian food. They are often used as a side dish with stews, goulash or eaten with other kinds of saucy dishes.

I love to make them especially for festive events like Thanksgiving or Christmas. They are also a very suitable side dish for seitan roasts!

Traditionally, they were made out of old, stale white bread, but nowadays store-bought dried bread cubes are usually used for these dumplings. Bread Dumplings are such a comfort dish. I know, they are not the prettiest, but they are damn tasty!

How to make Bread Dumplings 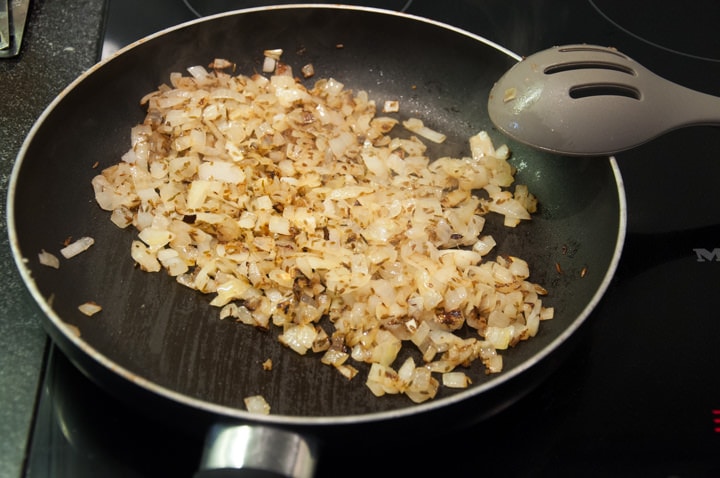 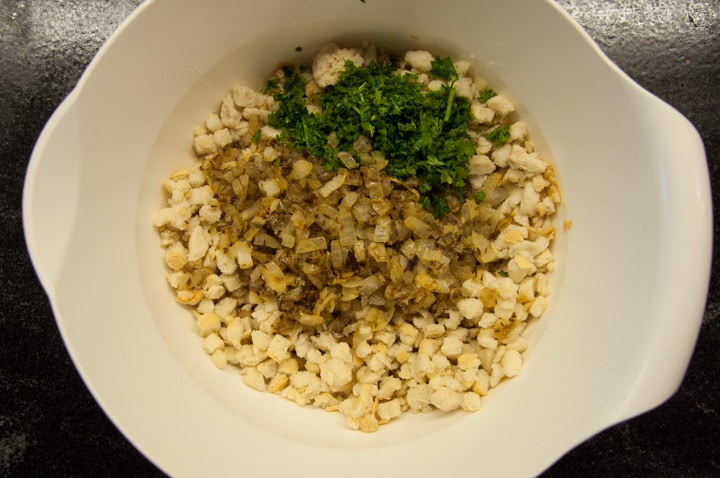 Step 2: Pour the plant-based milk over the bread cubes. Let them soak. Then add the onion-garlic-mixture, parsley, and salt. 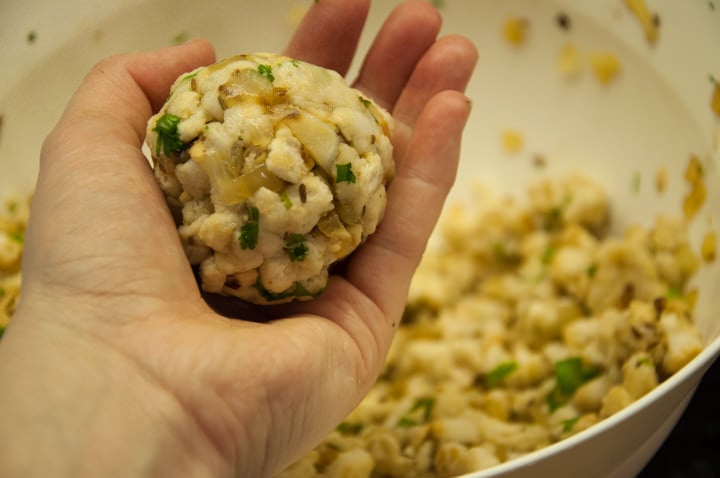 Step 3: Use your beautiful hands to form the dumplings. Try not to press too much, but enough so that they stay in their shape. I’ve got 8 dumplings. 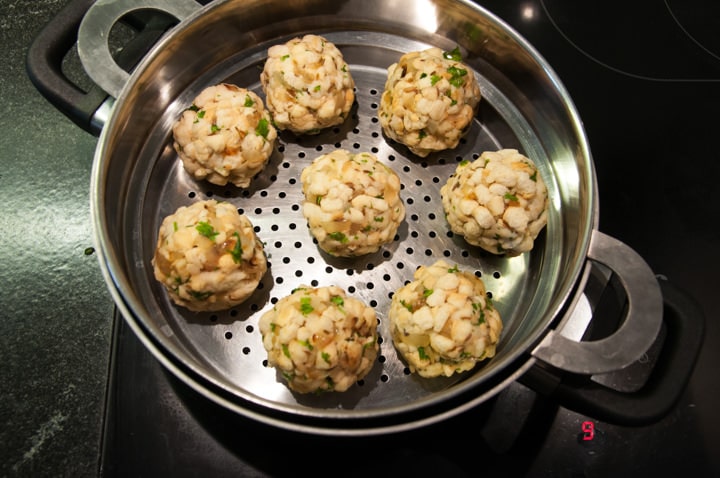 Step 4: Place the dumplings into a steamer or steaming basket (whatever you have). Let them steam for about 15-20 minutes. If you’ve made larger dumplings, give them more time in the steamer.

Tip: I’ve had the best results with steaming the bread dumplings. Many people boil them, but steaming is really the easiest method because you can’t really overcook them and they’re not that soggy afterward. 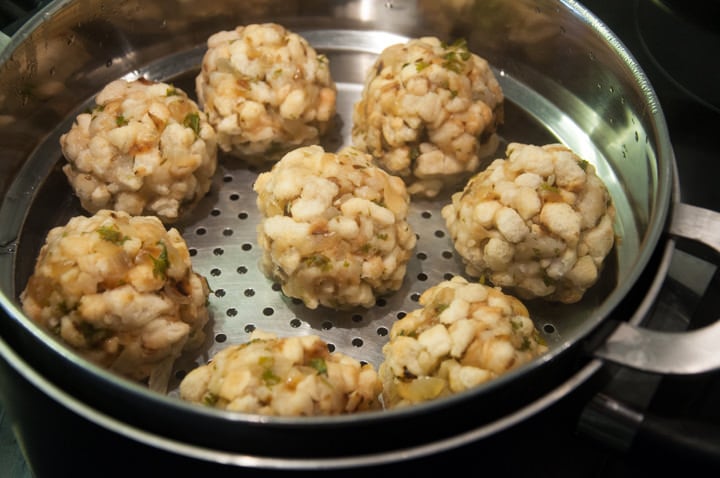 Step 5: This is what it looks like when the dumplings are done. They are soft to the touch. The parsley lost its color. 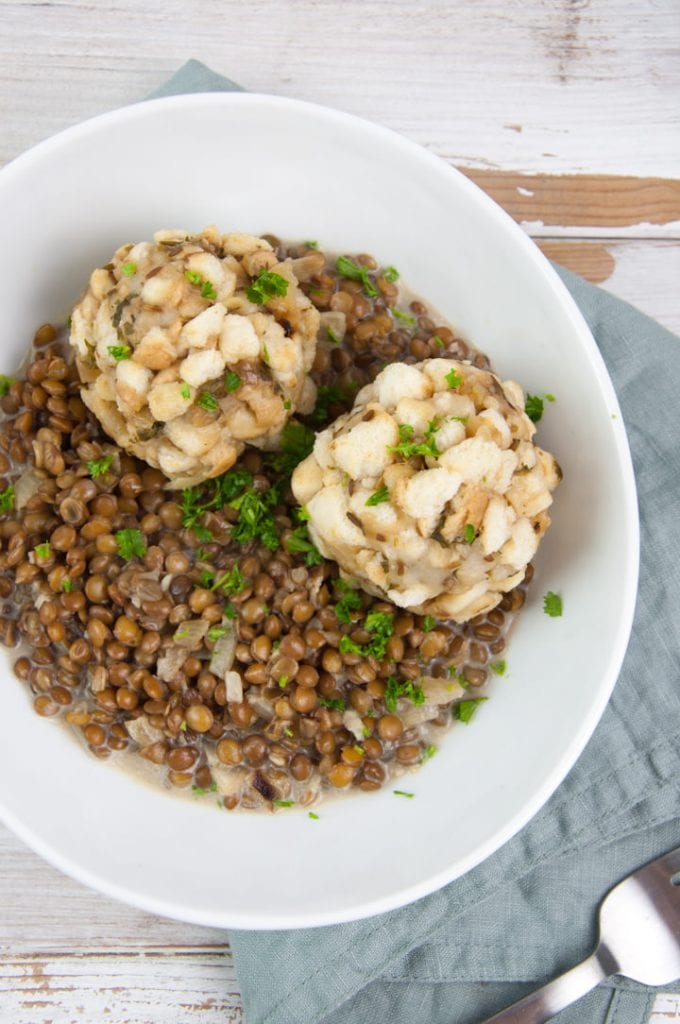 Usually, I make these bread dumplings as a side dish for goulash, but this time I’ve made a simple lentil stew. (After learning about the health benefits of lentils, I’m trying to incorporate them more often into my diet. Hahaha! But more about that in future blog posts!) 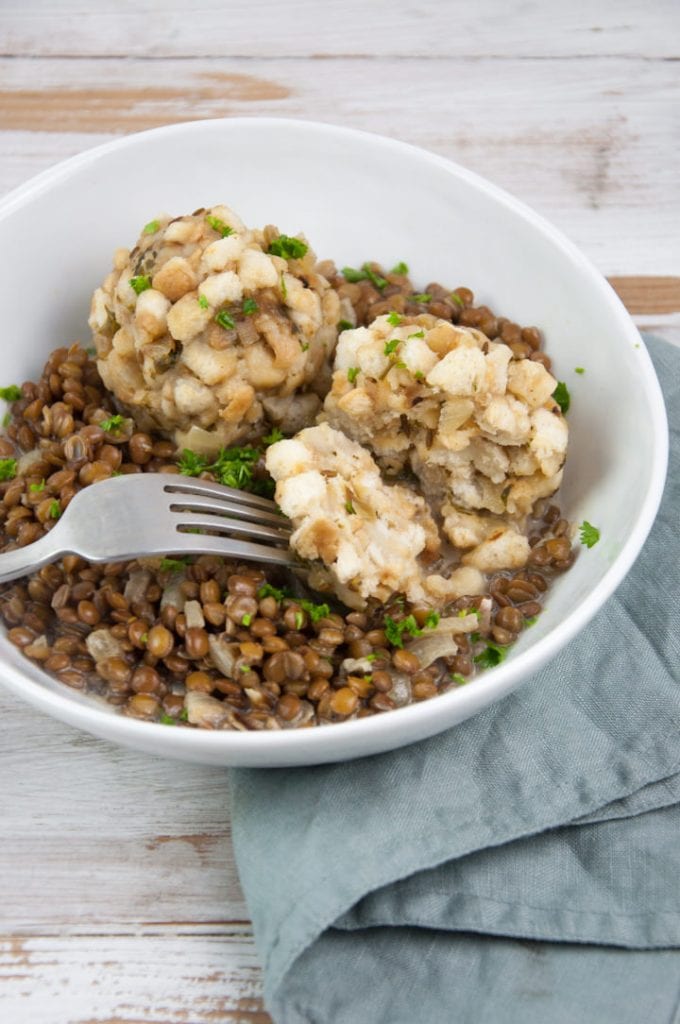 Serve these bread dumplings with…

I hope you’ll enjoy these dumplings as much as I do! Let me know if you give this recipe a try! I’d love to hear how it turns out for you. 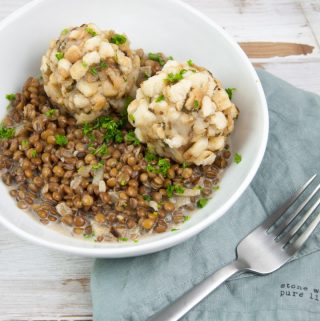