Make your own vegan Coconut Bacon at home with only 6 ingredients and in about 15 minutes. It stores well and it’s delicious in burgers and wraps.

Did you know you can make an awesome plant-based bacon alternative out of coconut chips? Well, if you haven’t tried it yet – what are you waiting for? You only need 6 ingredients for these smoky ‘bacon’ chips and they can be made in only about 15 minutes.

Usually, I like to add these to burgers, wraps, and tacos, but I can never resist walking by the jar of coconut bacon and not having a few to snack. They are smoky (thanks to the liquid smoke), have a nice balance of sweet and salty thanks to the maple syrup, soy sauce, and salt. 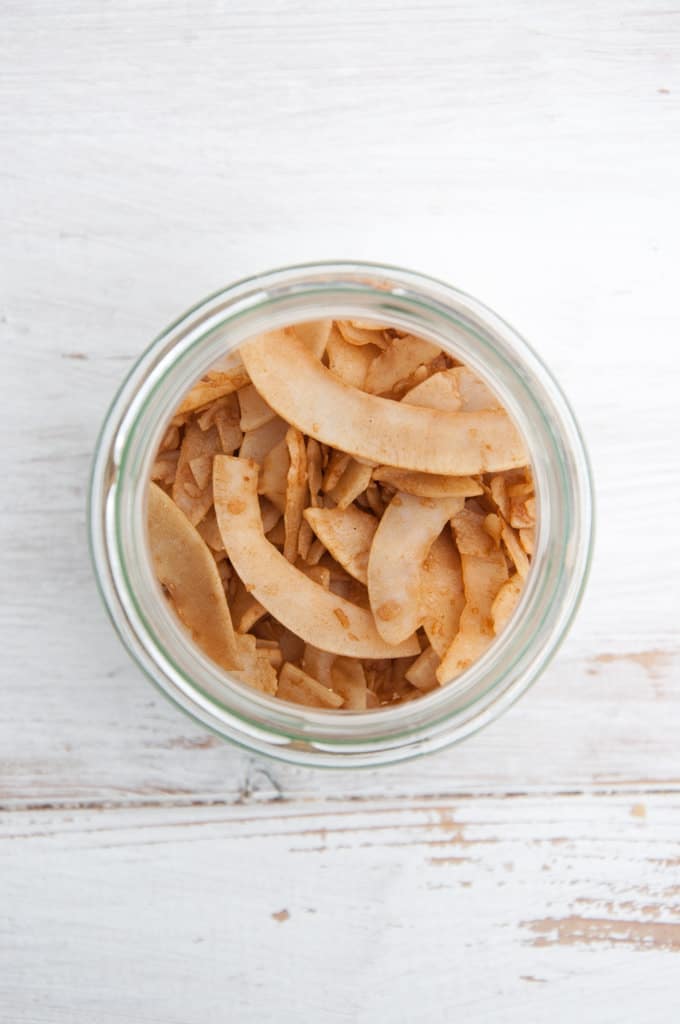 This is what they look like before and after baking. Just keep a close eye on them, then you’ll be fine. Flip them around once or twice, so that they get crispy on all sides. You’ll be rewarded with delicious vegan coconut bacon in – almost – no time. 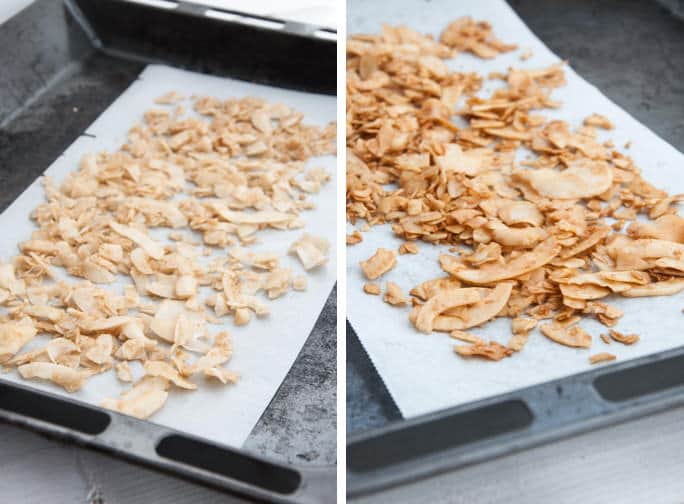 The vegan bacon can be stored in an air-tight jar at room temperature for at least a week without losing its crispiness. However, make sure you’re are letting the batch cool off completely before putting them in a jar. 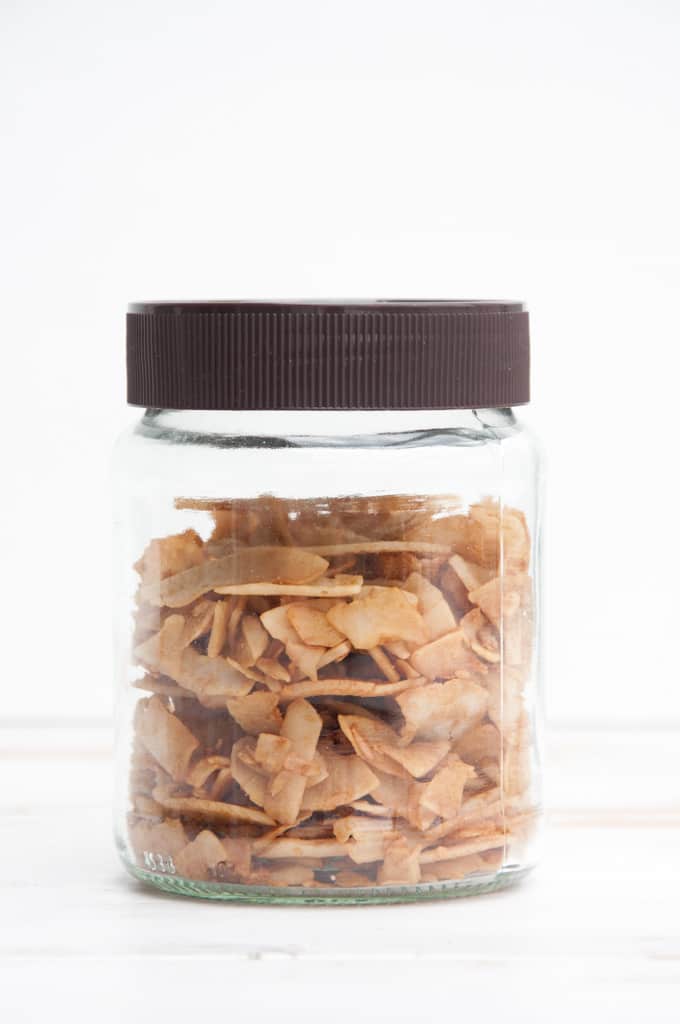 Serve it the Coconut Bacon …

Another Vegan Bacon Recipe for you to try!

I hope you will enjoy this ‘bacon’ as much as I did! Let me know if you give it a try! 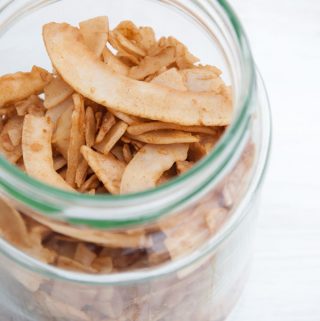