Recipe for Veggie Pakora with sweet potato and broccoli, served with a homemade Cilantro Coconut Sauce. Vegan and gluten-free. YUMMY! 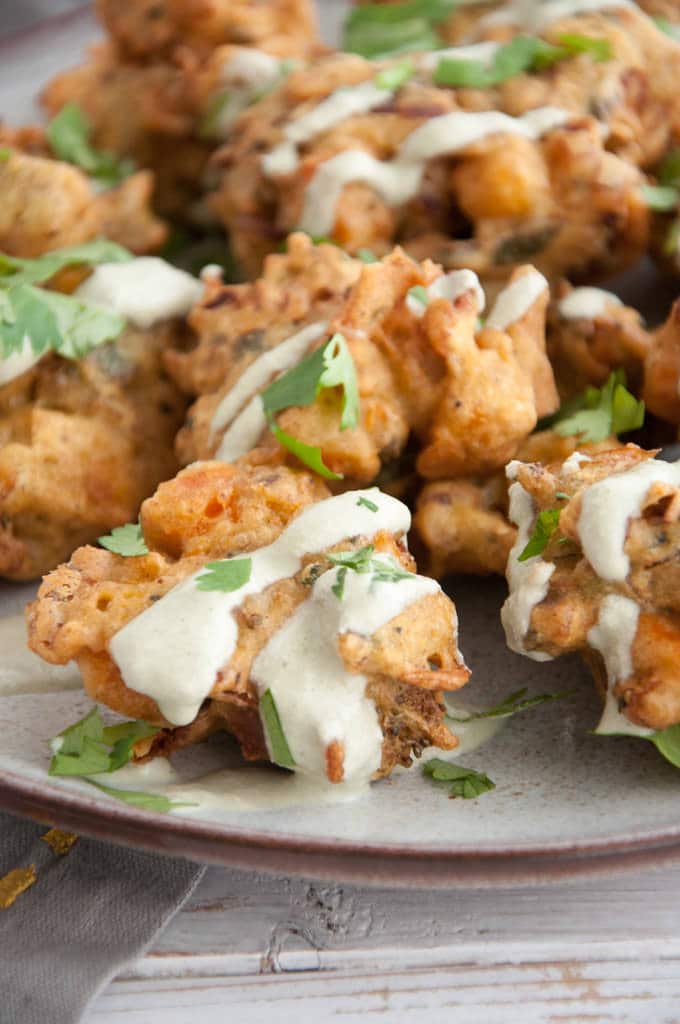 I just love Indian food… everything from creamy curries to garlic naan, chapati, basmati rice, papadum to pakoras. Yes, pakoras, awesome chickpea battered fried veggies. I haven’t had restaurant veggie pakora in such a long time, so I decided to make them at home.

Usually, I avoid making fried foods at home but for these Veggie Pakoras, I had to make an exception. I tried a baked version once, but it wasn’t like the real deal at all and they couldn’t satisfy my pakora cravings.

These fried Veggie Pakora are crunchy and flavorful (and naturally vegan and gluten-free). I served them with a homemade finger-licking-good Cilantro Coconut Sauce and with additional chopped fresh cilantro on top. It’s the perfect appetizer or snack! 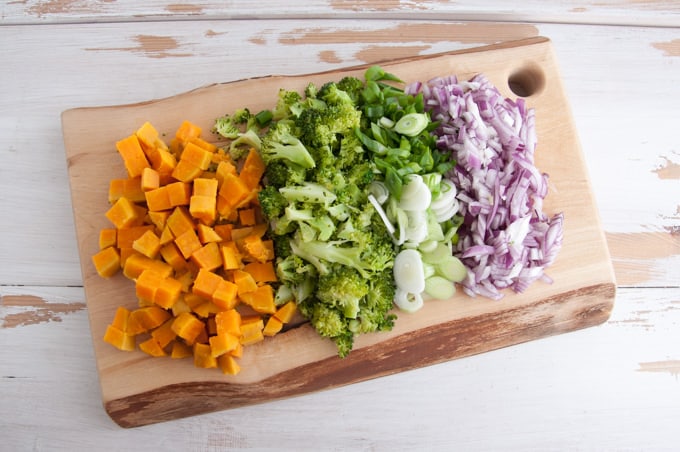 The Veggies For Pakoras

You can use pretty much any veggies you like for pakora, but I used boiled sweet potato cubes, steamed broccoli, finely chopped spring onions and red onion. I really loved that combination and the sweetness of the sweet potato was amazing with the savory chickpea batter. I steamed the broccoli florets in a strainer in the pot where I boiled the sweet potatoes, so that’s a win-win situation right here. 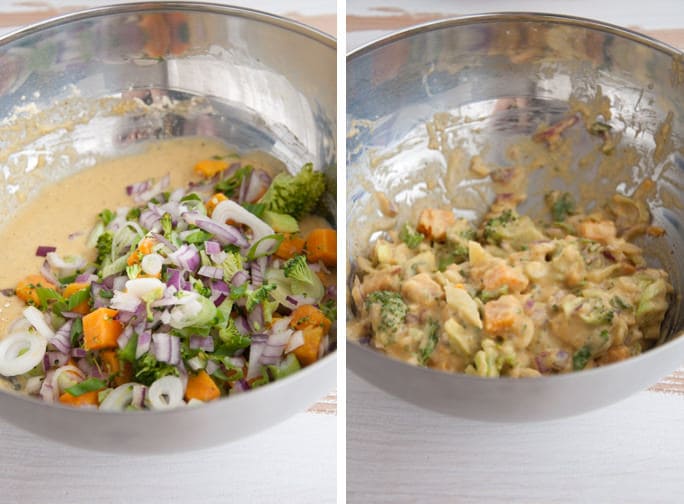 The chickpea batter is really easy to make. Sift the chickpea flour, add the spices, give it a quick whisk, slowly add in the water and whisk it until it’s a creamy batter. Toss in the veggies, give it a good mix and place spoon-sized bites of the veggie-chickpea-mix into the oil. Take them out once they got a nice golden color and are crunchy on the outside. 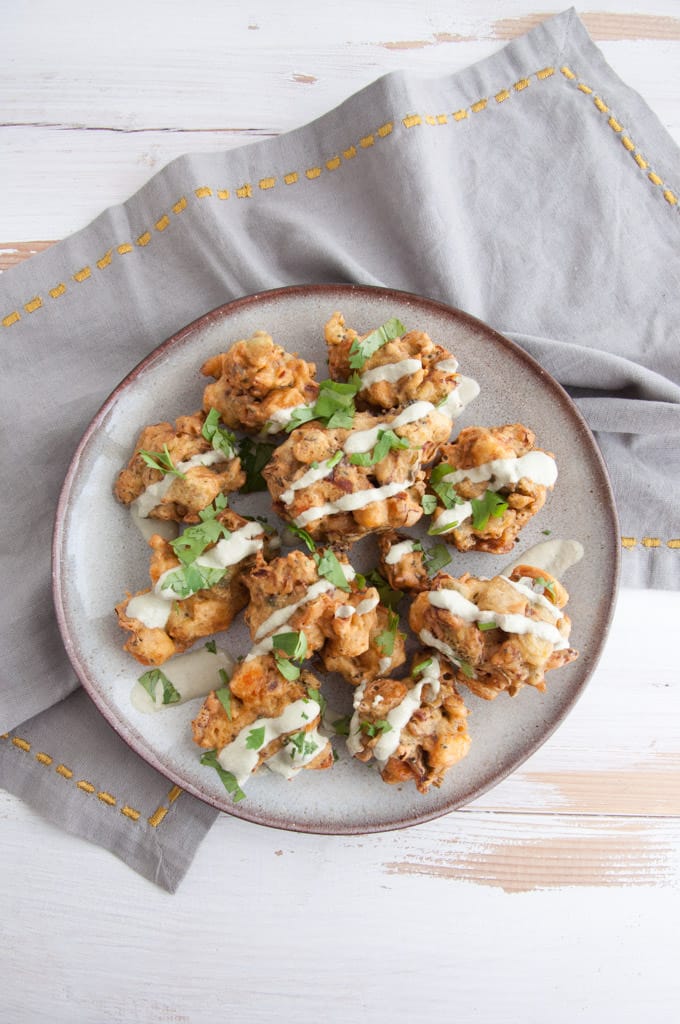 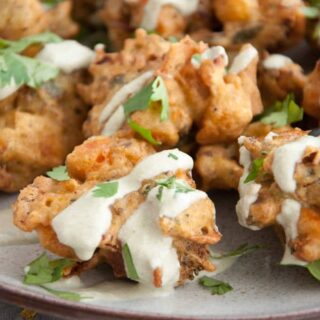 Ingredients for the Veggie Pakora

Ingredients for the Cilantro Coconut Sauce

Instructions for the Cilantro Coconut Sauce

Instructions for the Veggie Pakora

Note: Strain the frying oil and save it for future uses.

Have you tried this Veggie Pakora recipe? I’d love to hear how it turned out for you! Leave a comment or post a picture on instagram, use the hashtag #elephantasticvegan and tag me via @elephantasticvegan to make sure I’ll see it ^.^ I love to see all your lovely creations! Thanks! <3