Donuts are nice and all, but my heart beats for Donut Holes. Small, puffy bits of crispy deliciousness – that’s where it’s at. If you’re anything like me, you’ll love these Vegan Donut Holes with Chocolate Coating and sprinkled with chopped pistachios. 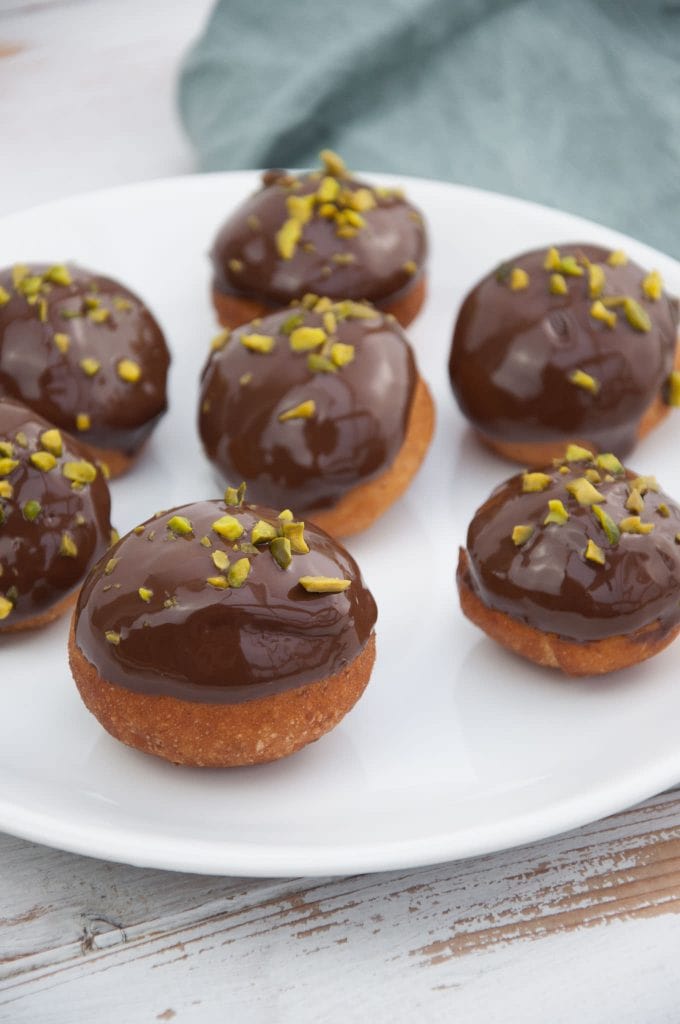 The good thing about living in a city where there are no vegan donuts (and of course no donut holes), there are less urges to resist. On the other hand, when donut cravings strike, and they do, trust me, you have to make them yourself. Which is actually not too bad, because I love making things from scratch and the nice side effect is that the whole apartment smells like a bakery.

You can play around with different glazes and toppings, but for these vegan donut holes I wanted to keep it simple and used a chocolate glaze and chopped pistachios. Absolutely delicious!

These Donut Holes are:

And of course, if you’re more into regular-sized donuts, you can use the dough to make them as well. You can use a regular glass for the larger circle and a bottle opening for the smaller circle. I mean, who has a donut cutter at home?! Not me! 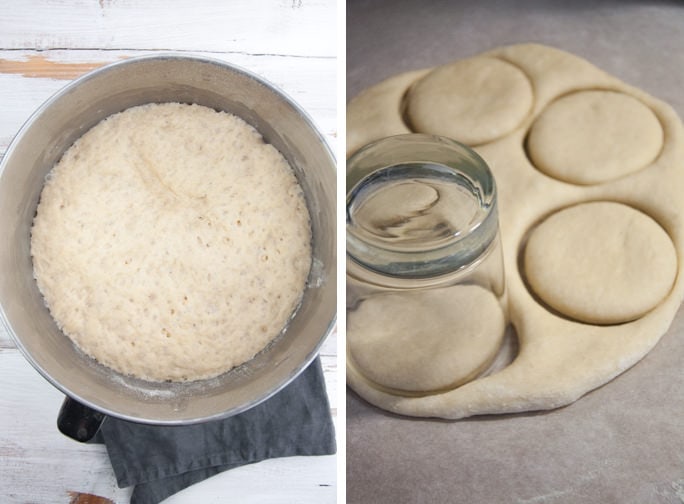 Left: The dough for the donuts after rising; Right: Cutting out the donut holes with a shot glass 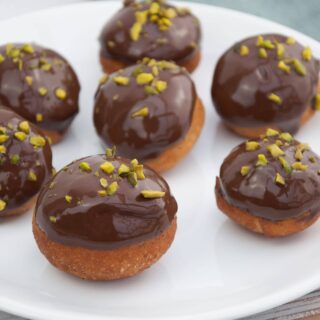 Did you make these vegan Donut Holes with Chocolate and Pistachios? Write me a comment or post a picture on instagram, use the hashtag #elephantasticvegan and tag me via @elephantasticvegan to make sure I’ll see it ^.^ I love to see all your lovely creations! Thanks! <3
This post was first published on July 8, 2017. Updated on March 27, 2018

Affiliate Disclosure: This post may contain affiliate links, which means I may earn referral fees if you make a purchase through my link. While clicking these links won't cost you any extra money, they will help me keep this site up and running!
2.4K shares
Click here to cancel reply.

Instead of the plant based milk, is it okay if I just substitute water? Should it be the same amount?

Hi. I don’t have any coconut oil left. Can I substitute with canola, olive or vegetable oil?

Thank you! Hope you enjoy them! :)