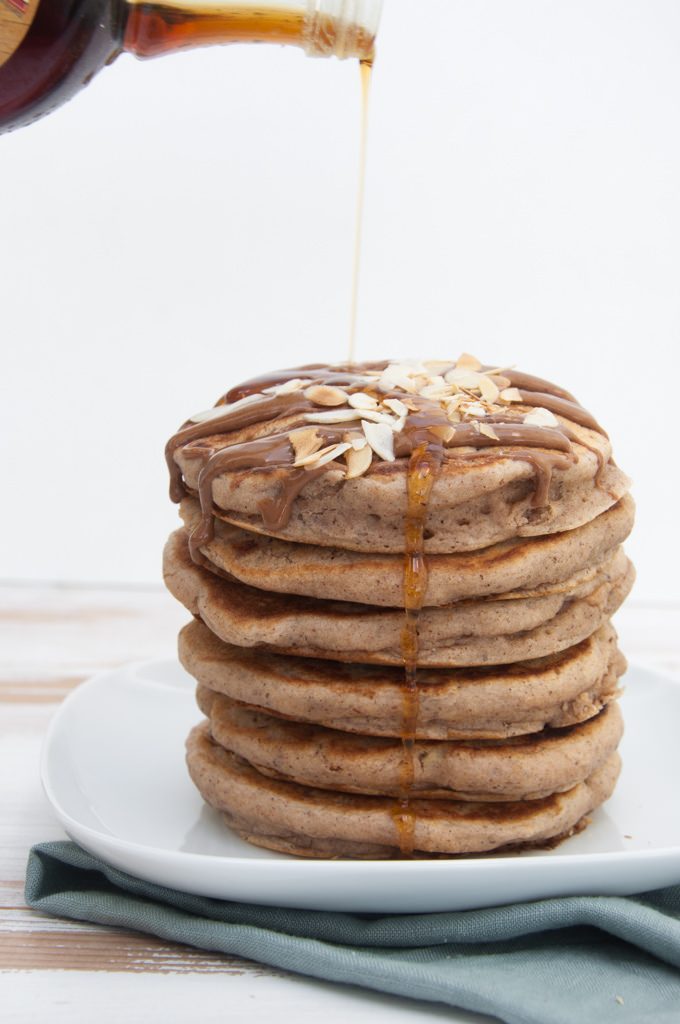 I absolutely love how these vegan Apple Pie Pancakes have turned out! Not only did the apartment smell amazing while making these (thanks to the cinnamon powder, ginger powder, toasted almonds and apple) but they also were the perfect breakfast treat!

The pancakes are super fluffy, easy to make, and rather quick too!

I don’t like eating apples on their own but when they’re in pancakes (or as apple fritter rings), I’d gladly take them! :)

As always, you can find the full recipe at the end of the post. But here’s an overview of what you’ll need: 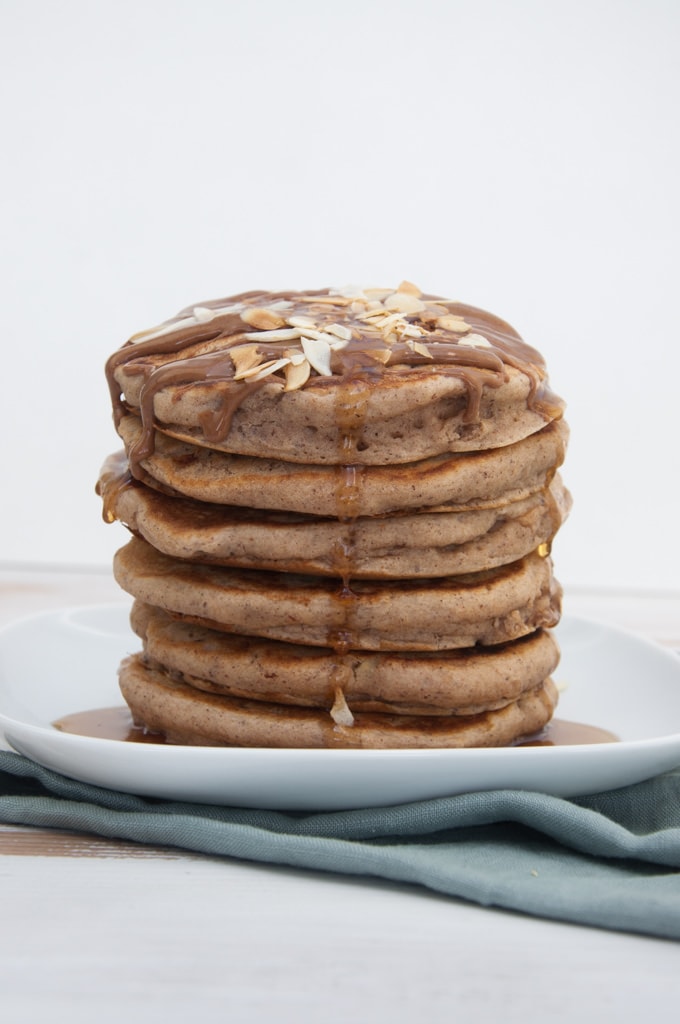 How to make Apple Pie Pancakes

These are the basic steps: 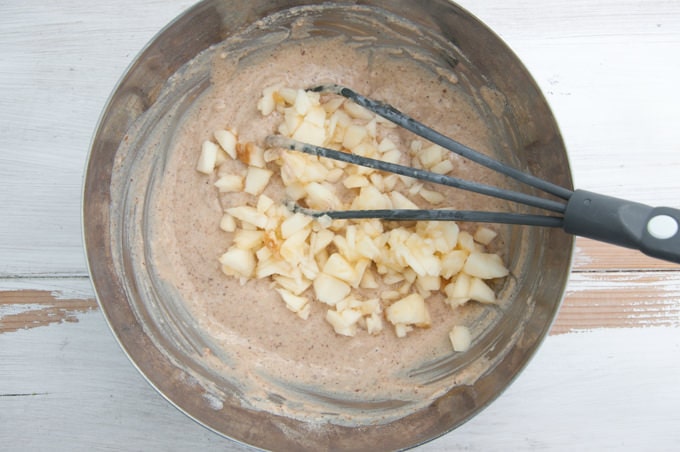 Fold the apple chunks into the batter 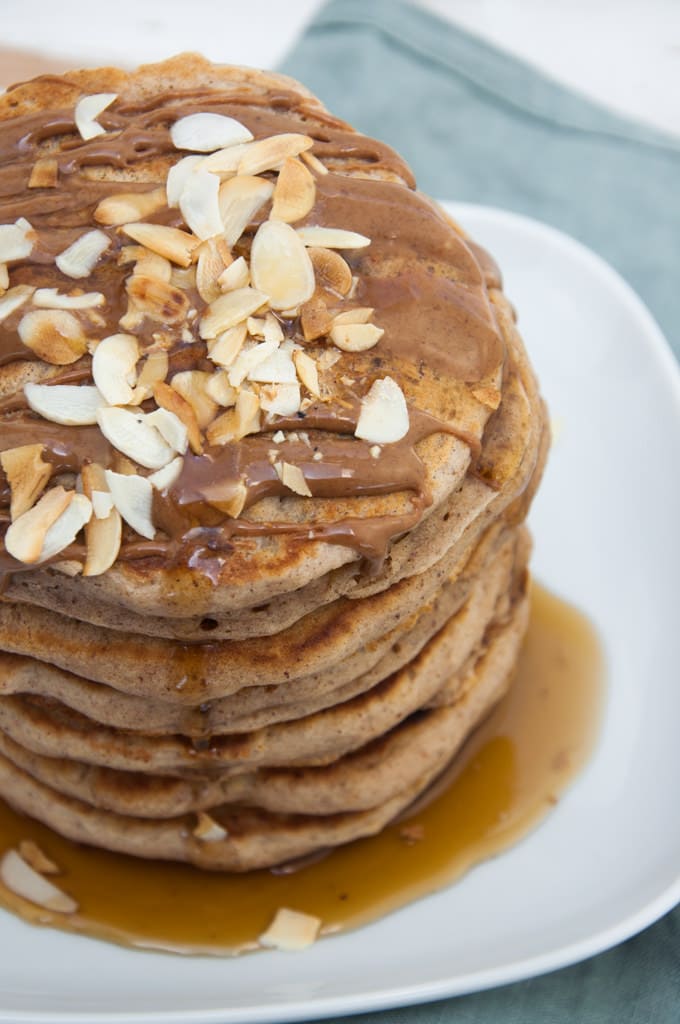 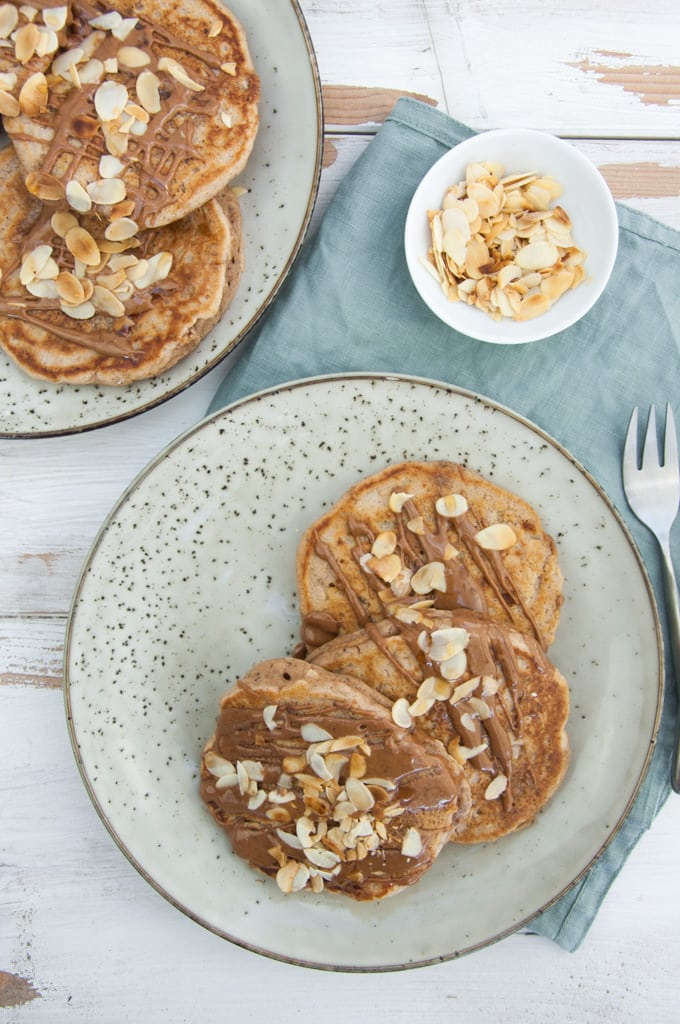 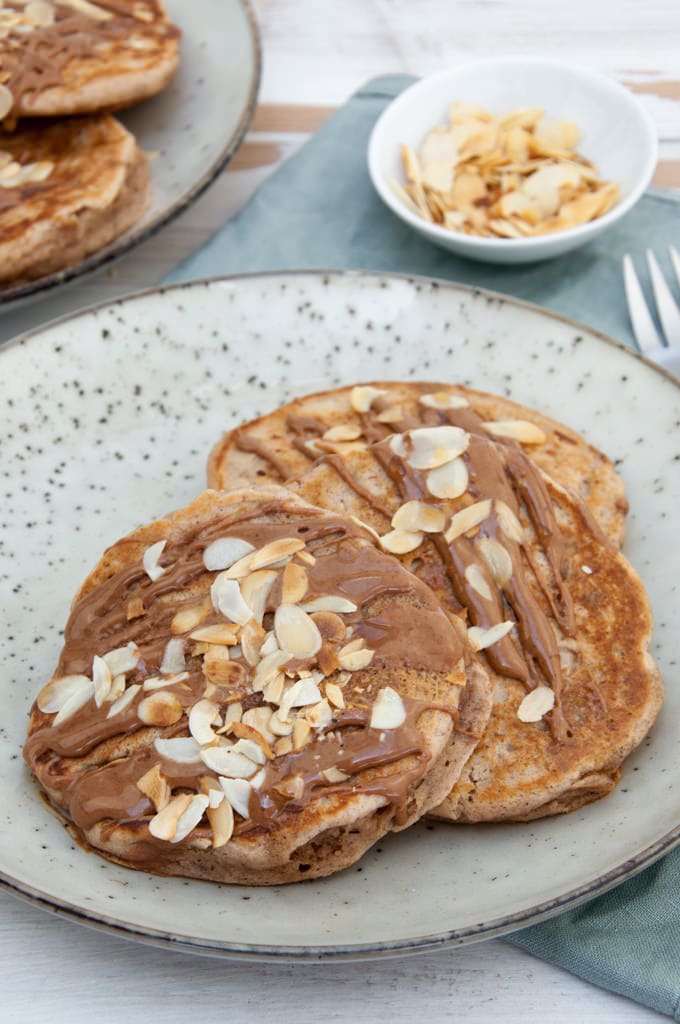 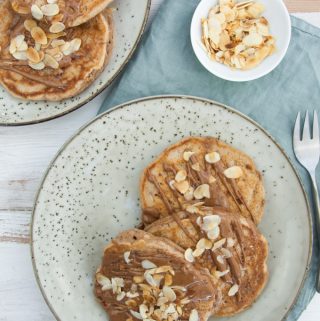 *If the batter spreads too much in the pan, whisk a bit more flour into the batter. If it doesn't spread enough, add a bit more plant-based milk.

Did you make these vegan Apple Pie Pancakes? Leave a comment and please rate the recipe for other users! If you post a photo on instagram, use the hashtag #elephantasticvegan and tag me via @elephantasticvegan to make sure I’ll see it ^.^ I love to see all your lovely creations! Thanks! <3