This vegan and gluten-free Matcha Cinnamon Chia Pudding is perfect for breakfast! It fills you for hours without making you feel super stuffed. 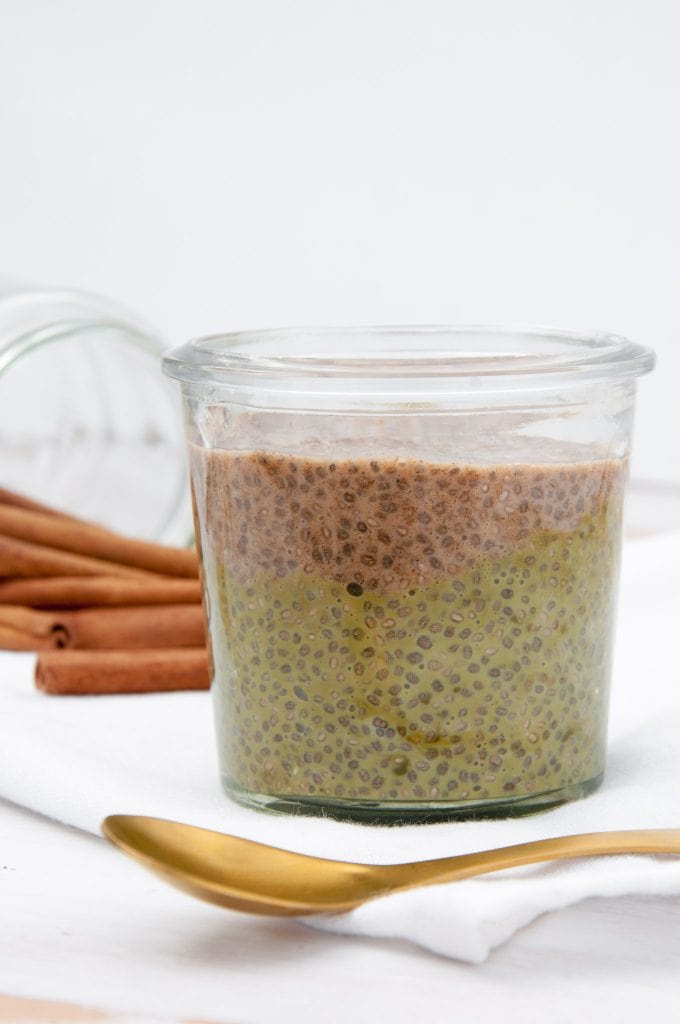 This Matcha Cinnamon Chia Pudding is vegan, gluten-free and sweetened with maple syrup. It can be made the day ahead and is therefore an excellent breakfast idea when you don’t have a lot time in the mornings or you tend to oversleep.

The 2-layered Matcha Cinnamon Chia Pudding is not only pretty to look at, but also yummy and it keeps me full the whole morning until lunch. It’s a great post-yoga/workout treat as well!

The basic formula for Chia Puddings

I’ve found the perfect ratio to be:

You can add any kind of spices or flavors (cinnamon, cardamom, cocoa,..) or fruits into the mixture! 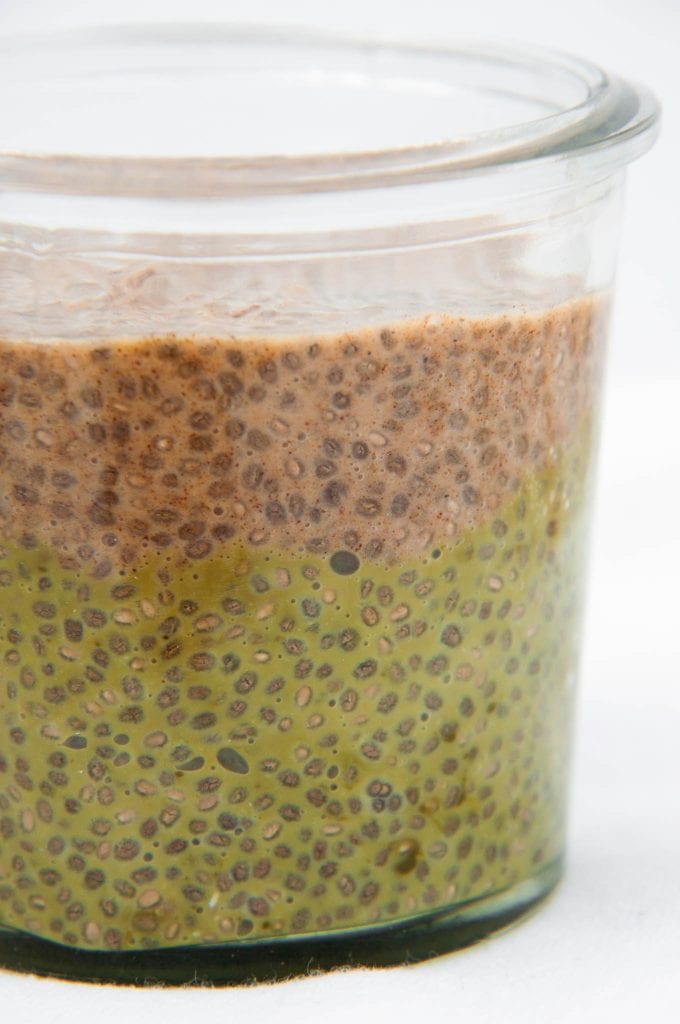 For fruitier versions of chia seed puddings, check out my Raspberry Chia Pudding or the Pomegranate Chia Pudding. 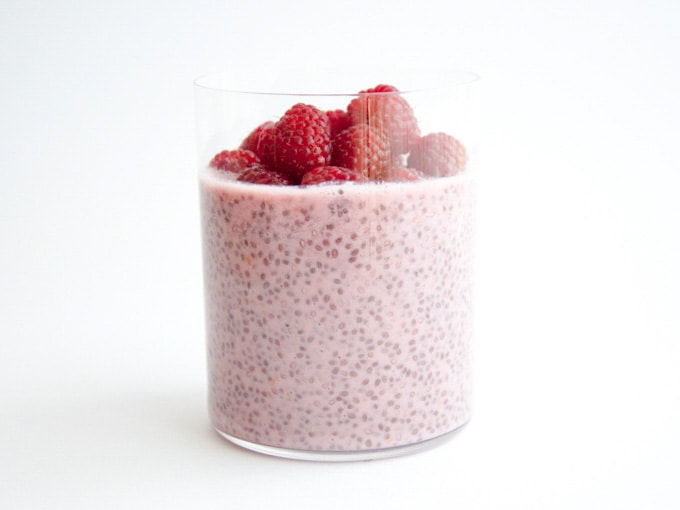 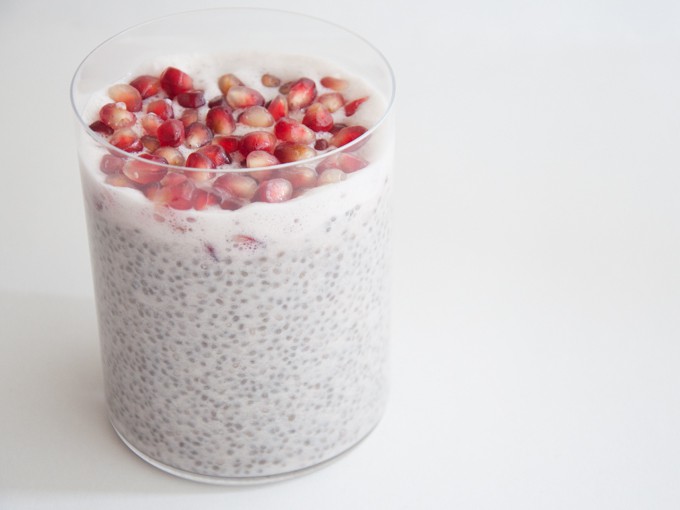 Want more sweet or savory breakfast ideas? Have a look at my collection of 12 vegan breakfast recipes. 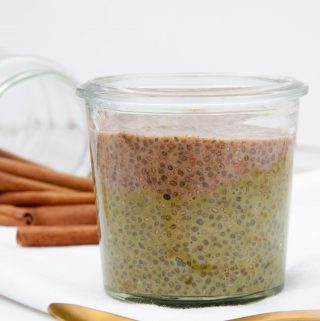 Should you decide to give this Matcha Cinnamon Chia Pudding a try I’d love to hear how it went! Write me a comment or post a picture on instagram, use the hashtag #elephantasticvegan and tag me via @elephantasticvegan to make sure I’ll see it ^.^ I love to see all your lovely creations! Thanks! <3 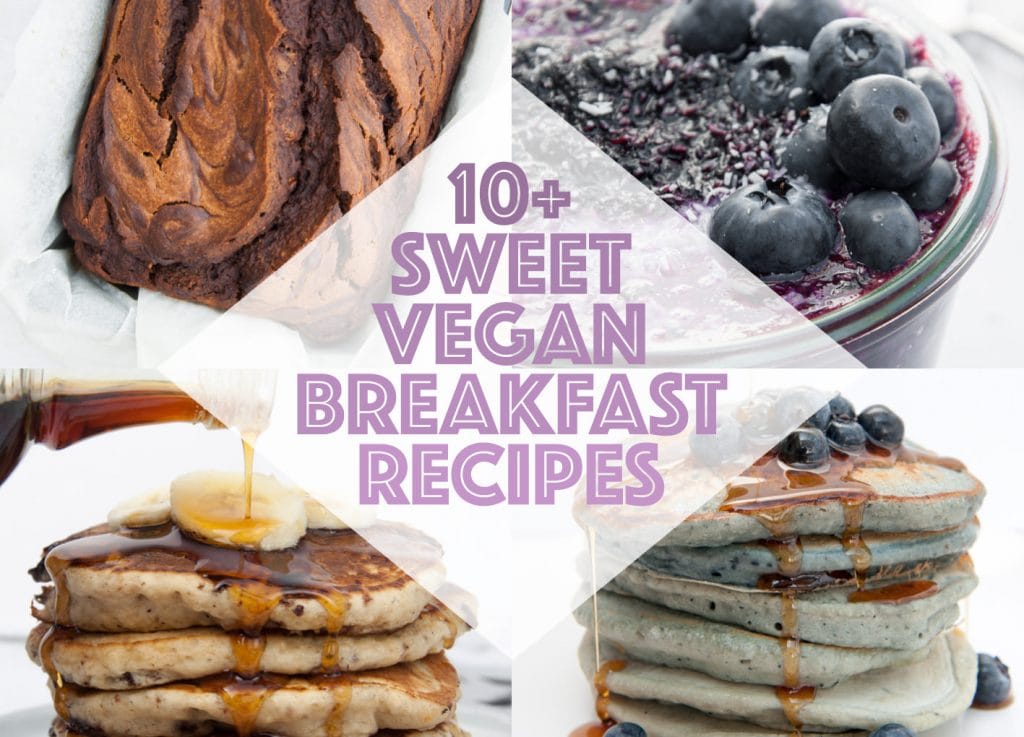