Recipe for a vegan Gooseberry Chocolate Cake Tarte. Super easy to make and delicious. It’s the perfect dessert if you have an abundance of gooseberries. 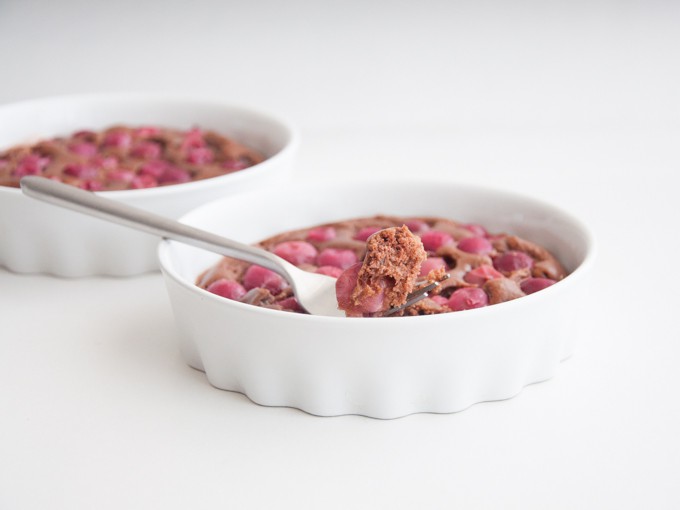 If you’re having too many gooseberries and you don’t know what to do with them – this recipe is perfect for it! Gooseberries are native in Europe, North Africa and parts of Asia and they belong to the family of ribes (which also the black currant is part of). In the baked form the gooseberries reminded me a lot of cherries – for me they taste very similar. In the raw form I thought there were gelled up chia seeds in there – so weird! The cake with the gooseberries is super fluffy, chocolatey and summery. 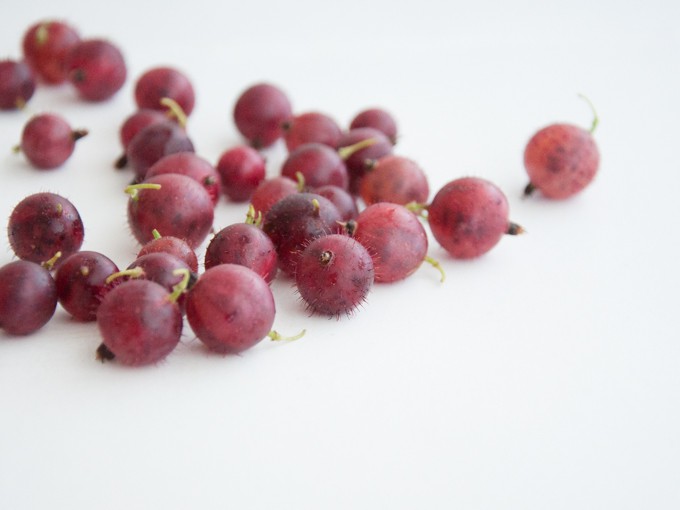 I think gooseberries look so funny with their little hairy skin – like an angry pufferfish. For the recipe I’ve used red gooseberries, that I’ve gotten from a friend. But you can use yellow gooseberries too of course if you have those at hand! 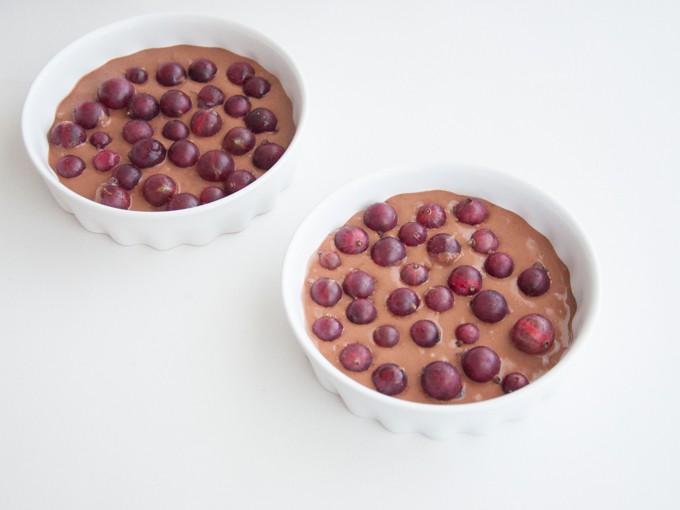 This is the cake in the unbaked status – just toss the gooseberries in the batter.

I’ve made the cake rather flat, but it really depends on the baking dish you’re using. You can double the chocolate cake recipe, but keep in mind that it will take longer in the oven. 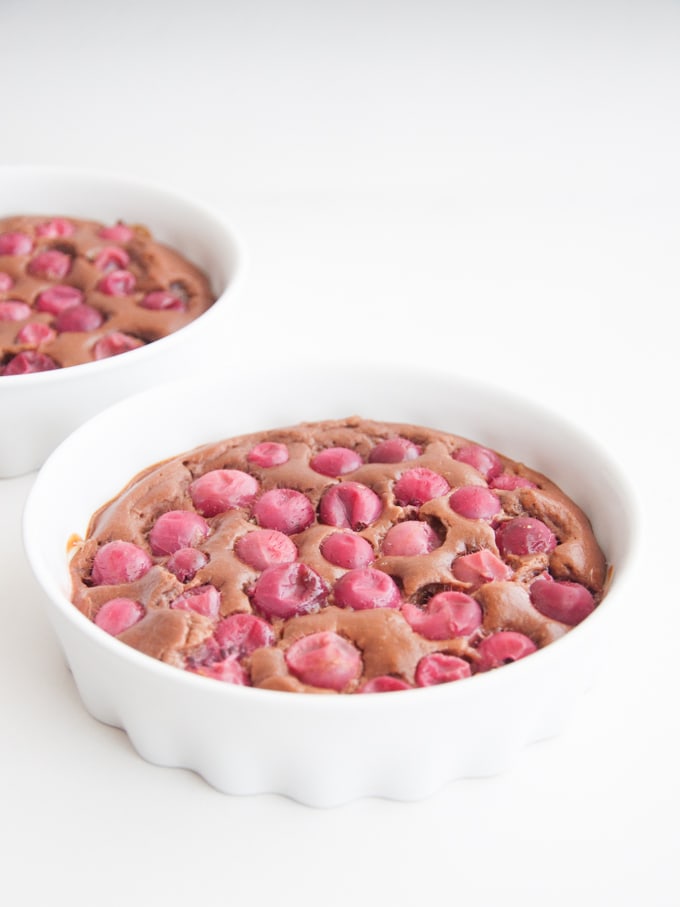 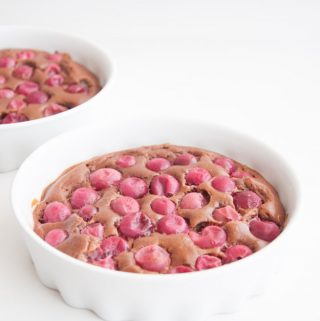 My tartelette dish is Ø 5"/12,5 cm.
*I've used Dextrose in this recipe which is a fructose-free sugar, but you can sub it with your preferred granulated sweetener. 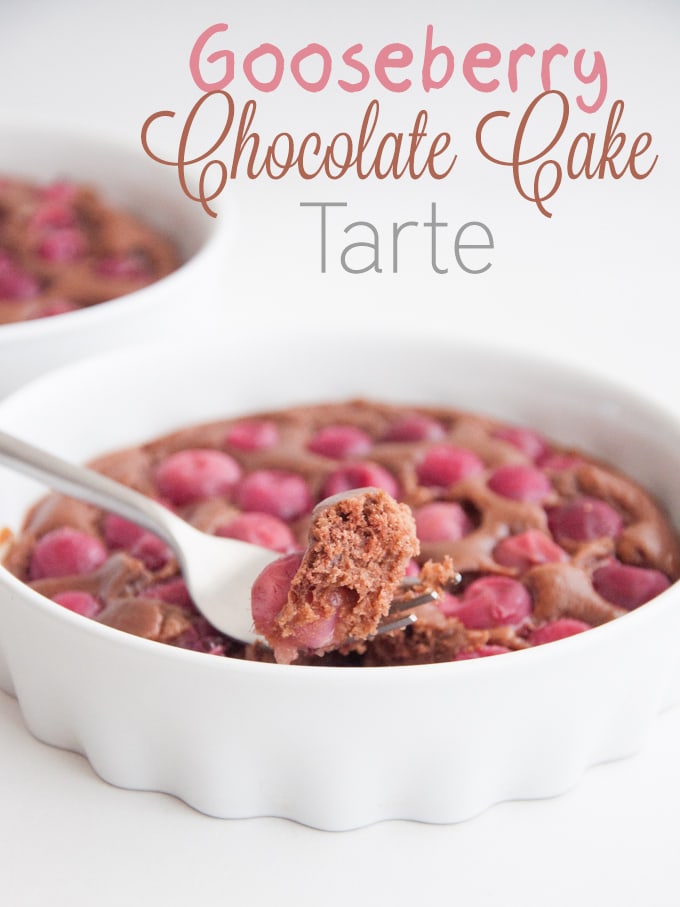 Did you make these vegan Gooseberry Chocolate Cake Tartes? Tag @elephantasticvegan on instagram and use the hashtag #elephantasticvegan. Don’t forget to subscribe to the Elephantastic Vegan Newsletter to see Reader Remake Features!

Previous Post: « Simple Onion Couscous
Next Post: [Veginners] How not to get into disputes over your diet »