You are here: Home / Vegan Lifestyle / Veginners / [Veginners] How not to get into disputes over your diet
96shares

Dietary preferences are not just a thing for vegans or vegetarians. In fact, a huge portion of the world’s population does not eat everything for various reasons, such as ethics, religion, intolerances or displeasure.

If you are someone who eats “outside the norm”, chances are you have been confronted with some provoking one-liners or even ignorant mistruths about the way you choose to feed yourself. If it happens, it’s not always easy to let it slide. You have made an informed decision and you firmly believe you’re doing the right thing.

It goes without saying that, even though humankind has deviated from the mere “need” for food, the food itself plays an important role in the human life. Next to the question of where and what to eat, the questions of how food is prepared when it should be eaten and whom our meals are supposed to be shared with, can’t be answered without any cultural context.

Choosing (not) to eat a certain thing or prepare it in a special way can lead to a variety of social repercussions, ranging from friendly banter to full-blown dispute and subsequently social seclusion.

However, sometimes you just don’t want to find yourself in a situation where you dispute over a thing when all you want to do is enjoy the company of your family and friends. So if you’re prone to disputes over your dietary preference, here’s a list of pointers that will help you avoid being the center of attention just because of what you do or do not eat.

1. Try to see where they’re coming from

Chances are that you haven’t been vegan or vegetarian for the span of your whole life. Maybe you’ve been an avid meat-eater for many years. Sometimes it’s hard to understand the other person’s position, especially when your dietary preference has become the norm for you. People hardly ever like being told that they are responsible for death and despair. They may do things that you find ethically questionable, but that doesn’t mean they’re evil. Some of them will take some light-hearted jabs at you, but a lot of it comes out of insecurity and sometimes even curiosity. Be able to take a joke. Even if you’ve heard it for the gazillionth time. For a lot of people, this is a playful way to explore. Let them.

2. Invite them for dinner

When you see that other person’s remarks about your preference comes out of ignorance or lack of education, don’t try to lecture them. Show them.
If you feel comfortable with spending time with said person, invite them to eat with you. Whether it is a home-cooked meal or a quick lunch at your favorite falafel place, giving a skeptic a chance to have a taste of your everyday life can often result in a better acceptance for what you do and how you lead your life. It’s a friendly way to defuse a situation that could easily ruin your socializing experience.

3. Don’t tell anybody or lie 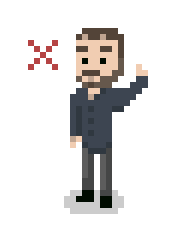 If the setting allows it and you don’t want to discuss your dietary preference at all, another option can be to just not tell anybody or lie if the topic comes up. Sometimes you just don’t want to defend yourself from critics, so telling a little lie can be a useful way to escape all that. So if the person you are talking to isn’t that close to you, tell them you’re lactose intolerant or that you’re still full from that big lunch you’ve had.

4. Ask them to talk later

Sometimes the setting just isn’t right for a debate. Sometimes it’s better to just leave the topic be, at least for now. If you think that the other person is curious, show them you are serious about giving them proper answers to them instead of picking a fight – super-witty answers and all that – in front of an audience. Nobody wants to lose a debate in front of an audience. 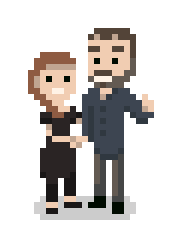 If the other person is obviously not interested in your point and just wants to ramble, let them. You don’t need to be please everyone with your lifestyle, and neither do they. People have different ethical standpoints on food and while it’s sometimes hard to accept that, sometimes it’s the right thing to just walk away and move on.

How do you deal with it?

Even after all these attempts to avoid a dispute, some people will stay resistant and try to keep the discussion going, when all you want to do is enjoy the company of people you like. How do you deal with these situations? Let us know in the comment section! 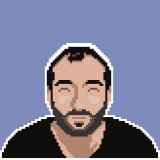 Sascha is a late eighties child, a university student, pixel artist and a lover of food that cooks itself. He hates baking (but loves baked goods!) and everything that needs to be done step-by-step using a strict recipe.