Let’s face it, non-vegans are the scum of the earth. They clog the social systems, they are responsible for billions and billions of deaths and they are purely evil.

As a vegan/vegetarian/whatever, you know better than those other people. You are the crown of cultural existence and only you can explain why. While some of them don’t want to get into fights that seem petty to them, you know that you are right, they are wrong and should educate themselves. And because you are in a giving mood, you do the educating for them.

Did someone just make a sassy remark about what or how you eat? How dare they! Don’t let it slide, this is what you have been preparing for. It’s your time to shine and crush their beliefs. You are better than them. Here’s a list of things to do to get this dispute going. It’s on!

Express your beliefs as facts

According to science, people like being told that they’re wrong. The things you say are true. You’ve achieved quite the level of knowledge, so let’s be honest here: If it has been published on the internet or in print, then it has to be correct. Who wouldn’t always tell the truth about things?

Hold them responsible for Earth’s demise 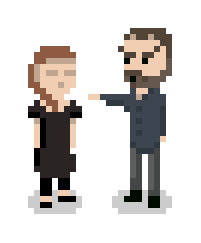 Mother Earth is going belly-up and your counterpart doesn’t even appreciate the fact that you are dropping knowledge bombs right and left. So it’s time to bring in the big guns: You chose your dietary preference because they have been destroying the world for way too long! It’s their individual fault that the water is polluted, that bees are dying and children are starving. It’s your duty to deliver the eye-opening truth about their wrongdoings and correct their behavior immediately.

The best way to win a dispute is not to let the other person talk, period.

Actually, scrap that period, don’t ever finish your sentence, because when you stop talking and leave room for the other person to think about what you’ve just said when all you really want is to enlighten the other person with the truthfulness of your divine knowledge and while they may title your floods of pure wisdom as the mere ramblings of an idiot, you will know better because they have never even started to argue with your point, which is a dead giveaway that they secretly agree with everything you’ve just said and will say in the course of this conversation, which will only stop if you allow it to, and you won’t ever, because you’re the one who’s talking, the one in charge of this topic, which is why you ARE TALKING MORE LOUDLY THAN THE OTHER PERSON TO MAKE SURE THAT OTHER PEOPLE CAN BE ENLIGHTENED BY THE TREASURE OF YOUR INFINITE WISDOM ASWELL. You rule!

Gang up on their asses 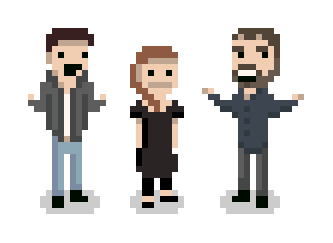 Two is greater than one. I am right, am I not, random vegan friend I’ve pulled across the room to help me out? Everyone knows the more people say something, the more right it is. If the other person still doesn’t want to listen after you’ve run out of factual ammunition, then you’ve got to gang up. Got any friends who might side with you? Include them in your fight. The best of friends will always gladly drop whatever they’re doing and help you help others change their lives. It’s what friends are for: Standing next to you in battle, however petty they may seem.

Sometimes, the other party wants to just leave it be. In their eyes, the dispute has been going on for too long, they’re tired and/or want to go back to partying, enjoying their food or talk to other people. You’ve guessed correctly, this is a cry for help. If a person excuses themselves, the pressure of following your intellectual sayings has gotten to them. This is where you need to show some mercy and keep talking to them, they’re still human after all. They’ve excused themselves to go to the bathroom? Follow them, since most bathroom doors aren’t sound-proof. You can also give them a breather, take five, and start over again.

At some point, the other person will start appreciating you handing out your wisdom like candy. You will be able to tell when they want to try to leave the party to think about all the information you’ve been giving them. Don’t be cruel here, they are clearly willing to change their lives. Ask them for their phone number (and call them immediately just in case you’ve mistyped) and tell them you’re going to call them soon. Be the last person they see at the party.

Feel achieved, you can be proud of yourself. Well done!

How do you deal with it?

Even after all these attempts to keep a dispute going, some people will try to avoid a fight at any cost, when all you want to do is enjoy being right and causing a scene. How do you deal with these situations? What were the biggest disputes you ever got in?

(Author’s comment: Yes, this is satire. Or is it?)

Affiliate Disclosure: This post may contain affiliate links, which means I may earn referral fees if you make a purchase through my link. While clicking these links won't cost you any extra money, they will help me keep this site up and running!
114 shares
Click here to cancel reply.

"And because you are in a giving mood, you do the educating for them." cannot stop laughing (and I'm at work...). Hilarious post, thank you, Bianca!

Hahahaha, I needed that laugh ;)

So glad you like it and also thank you for linking it up in your friday finisher post! <3