These vegan Yogurt Brownies are much healthier than other recipes! I’ve added cherries, but feel free to add chocolate chips, other fruits or peanut butter! It’s the perfect basic vegan brownie recipe for variations! You can even use coconut yogurt for a soy-free option. 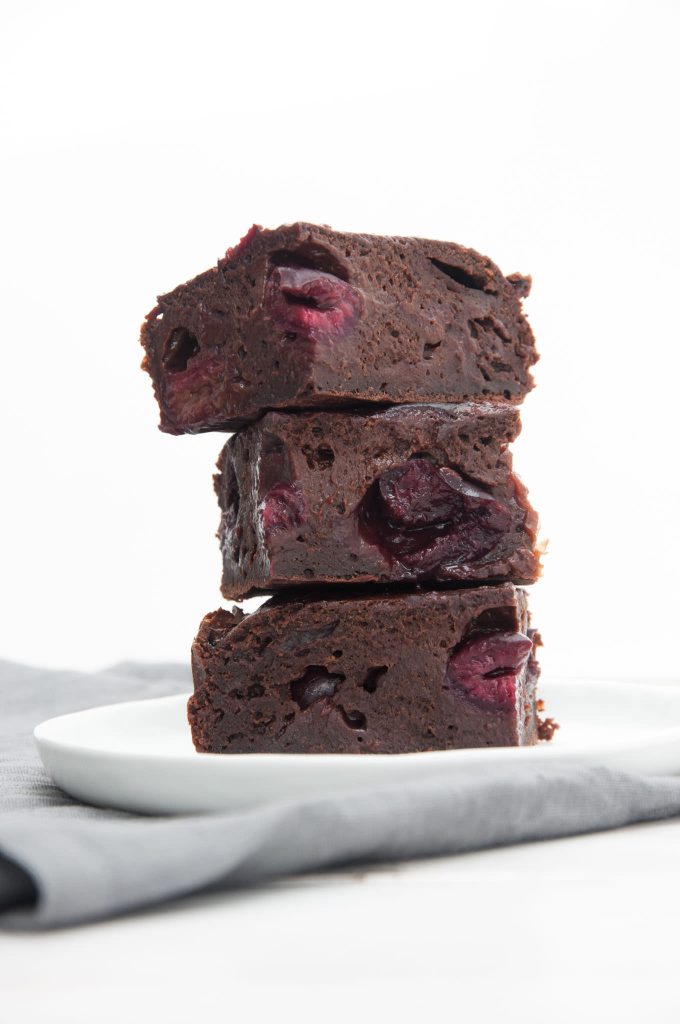 I’ve made so many brownies lately! And I’ve finally come up with a vegan brownie recipe that I’m proud of.

My not-so-secret-ingredient-because-it’s-in-the-title is yogurt. I’ve used plant-based yogurt made from soy and almonds (it’s a mix). If you don’t have that at hand, you can use soy yogurt or even coconut yogurt to make it soy-free!

It’s actually a really good basic vegan brownie recipe for all your brownie adventures. I’ve added cherries (I still had lots of frozen cherries from last summer in the freezer) but you can experiment with different fruits (raspberries are another classic), add swirls on top (peanut butter? tahini?) or nuts (walnuts? pistachios?). The possibilities are endless.

I’ve baked these brownies in a bread loaf pan because I never know what to do with so many brownies! If you want to use a regular-sized brownie pan, double the recipe! Enter ’16 servings’ in the recipe card below and it will double all the ingredients for you. Pretty cool, right? ;) 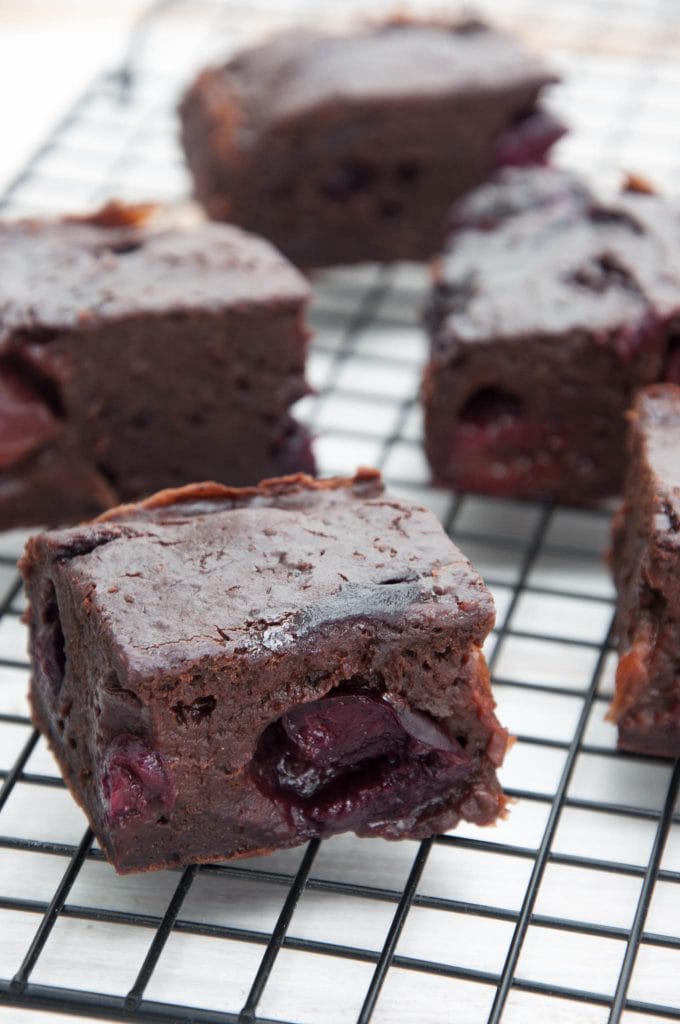 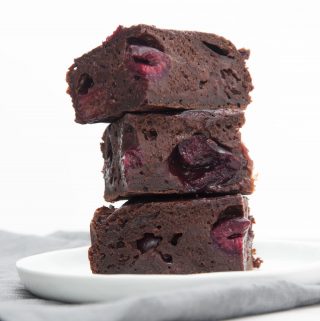