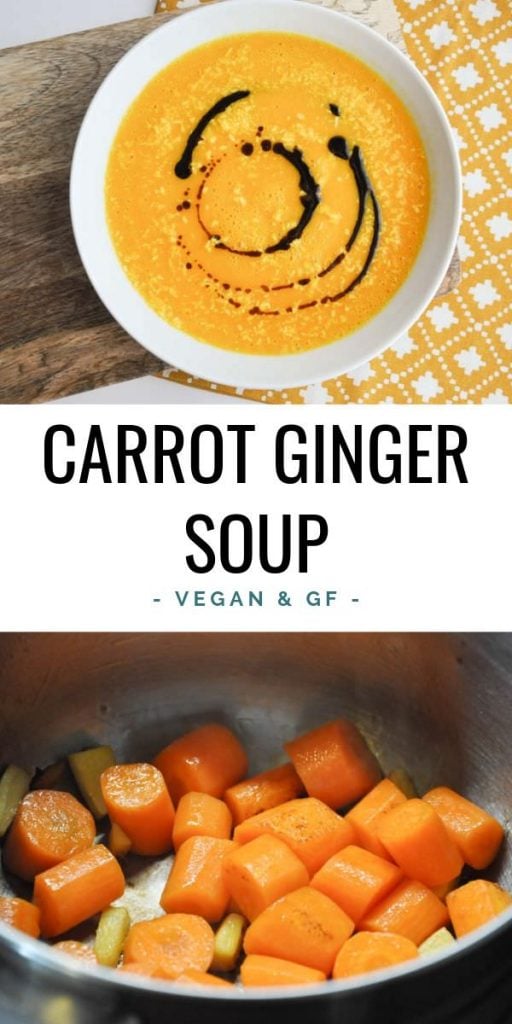 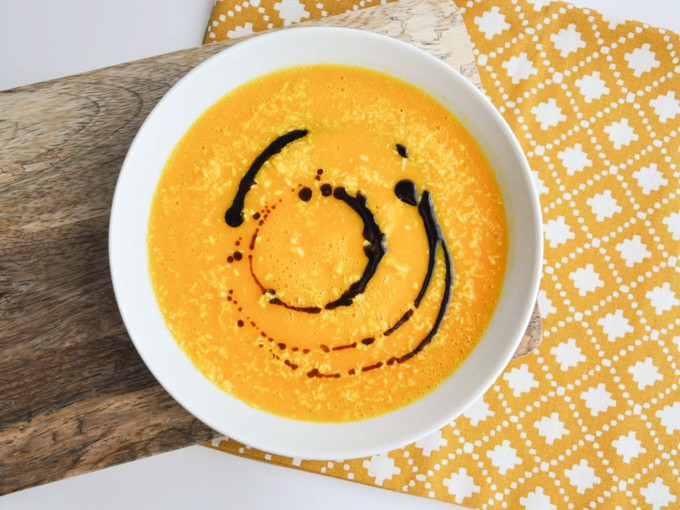 This vegan Carrot Ginger Soup is the perfect meal for fall days. I’m usually more a summer person but this year the summer in Austria was extremely hot (I think it was the hottest summer since the documentation of temperatures?), so I don’t mind the cooler temperatures. This also means: soups! This year I’ll focus on creamy soups because I’ve bought a new blender and want to put it to good use. 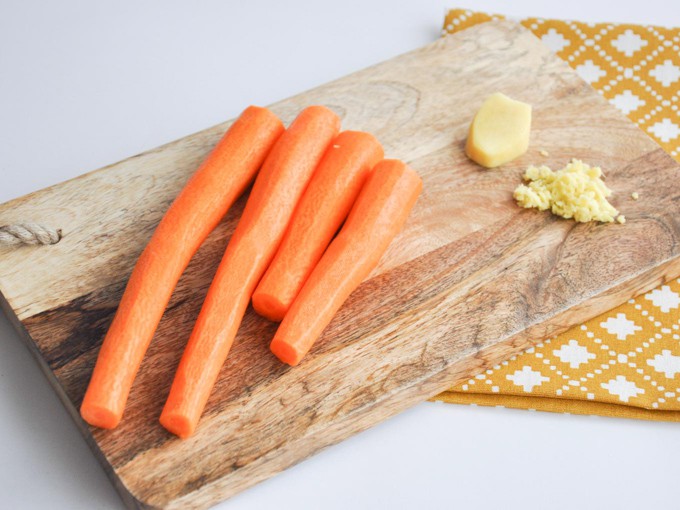 One part of the ginger will be cooked and blended in the soup and the other part will be grated for the soup topping. 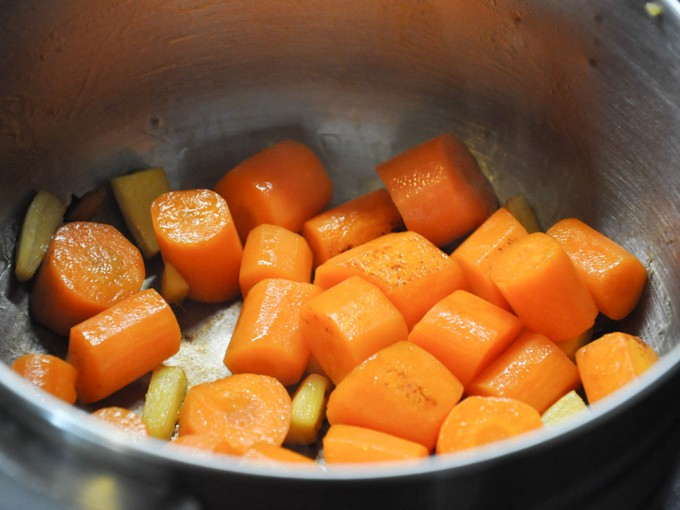 I’ve roasted the carrots & ginger in a pot until slightly brown and the added the water, boiled and blended it. Super easy!

In my opinion, creamy soups need fancy swirls! In this case, I’ve used pumpkin seed oil to create a nice contrast and a fuller flavor profile. It goes really well with the slight spiciness of the ginger and the mild carrot taste. 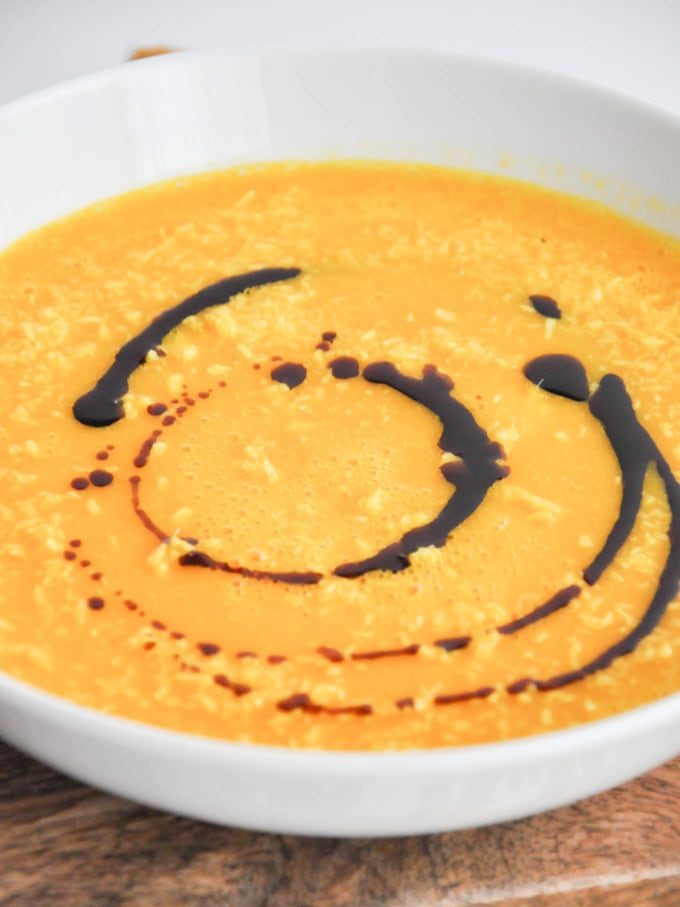 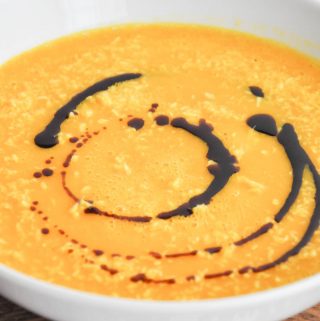 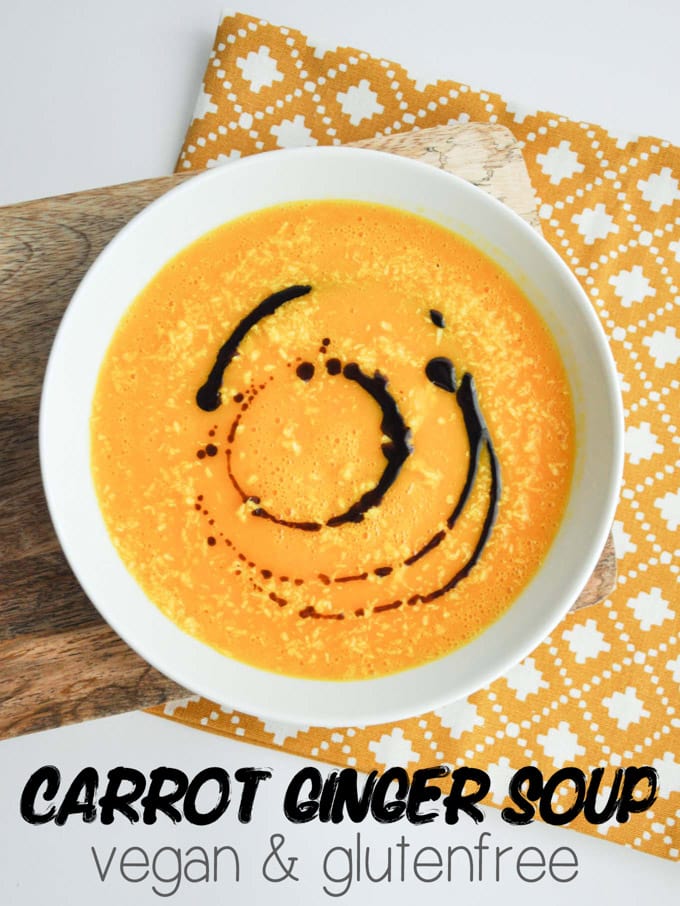