Crisp on the outside – fluffy on the inside! These perfect vegan Apple Pie Waffles are topped with warm apple chunks and drizzled with maple syrup. 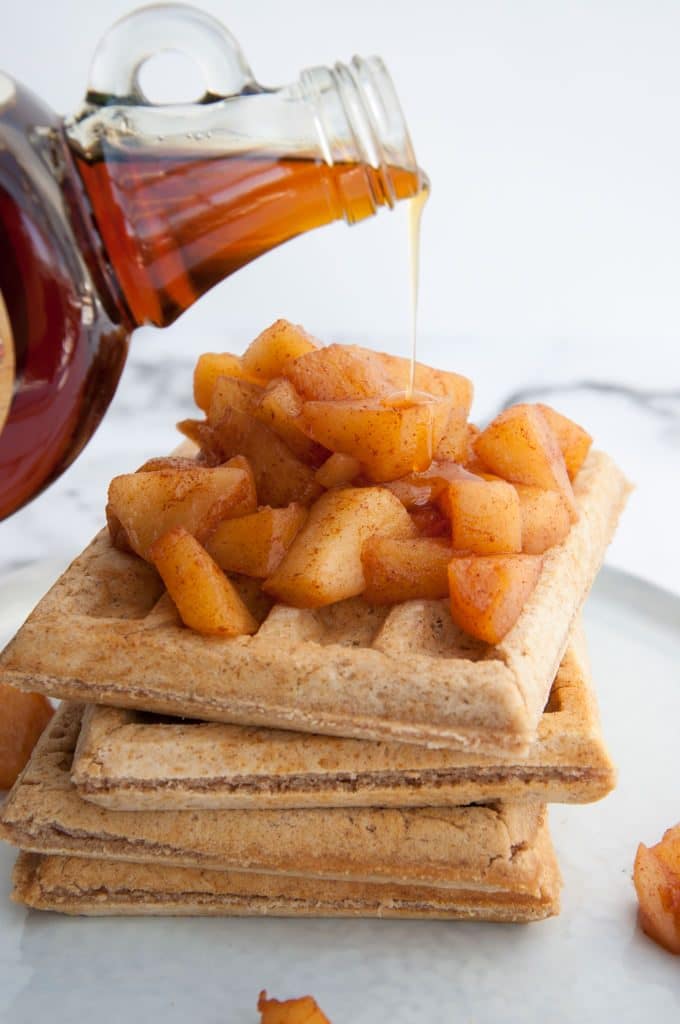 If you love apples and apple pie – you’ll love these Apple Pie flavored Waffles! There’s cinnamon and ginger powder in the waffles and the whole stack of deliciousness is topped with a warm apple chunks cooked in cinnamon. And of course: Maple Syrup. Lots of maple syrup!

These waffles are crisp on the outside, while being soft on the inside. The most important thing to remember is spraying the waffle iron with oil after every batch. I’ve bought a waffle iron and it said non-stick on the package and I trusted it. I shouldn’t have. It was a mess! The poor waffles got torn apart. Not a pretty view. Non-stick baking spray is a waffles best friend :)

The recipe is enough for 4 belgian style waffles. If you use another waffle iron – you might end up with more or less waffles. 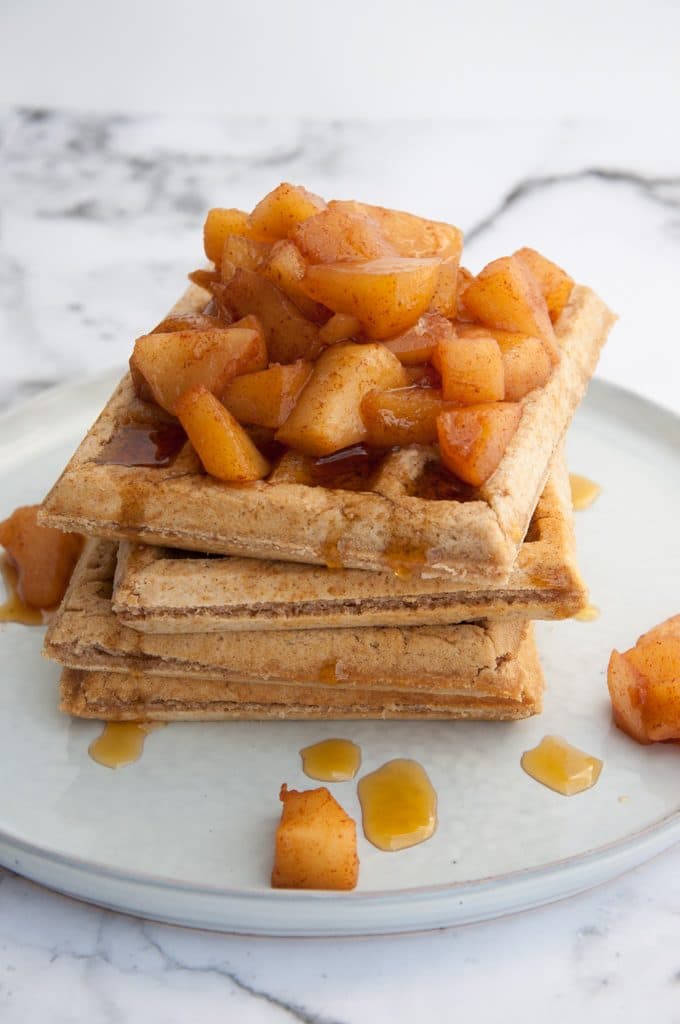 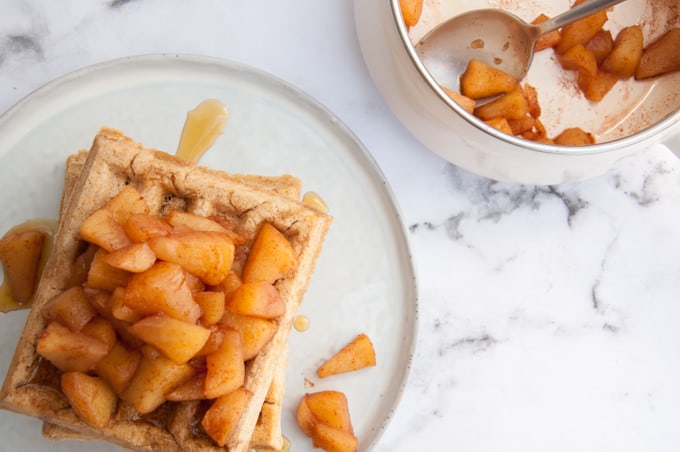 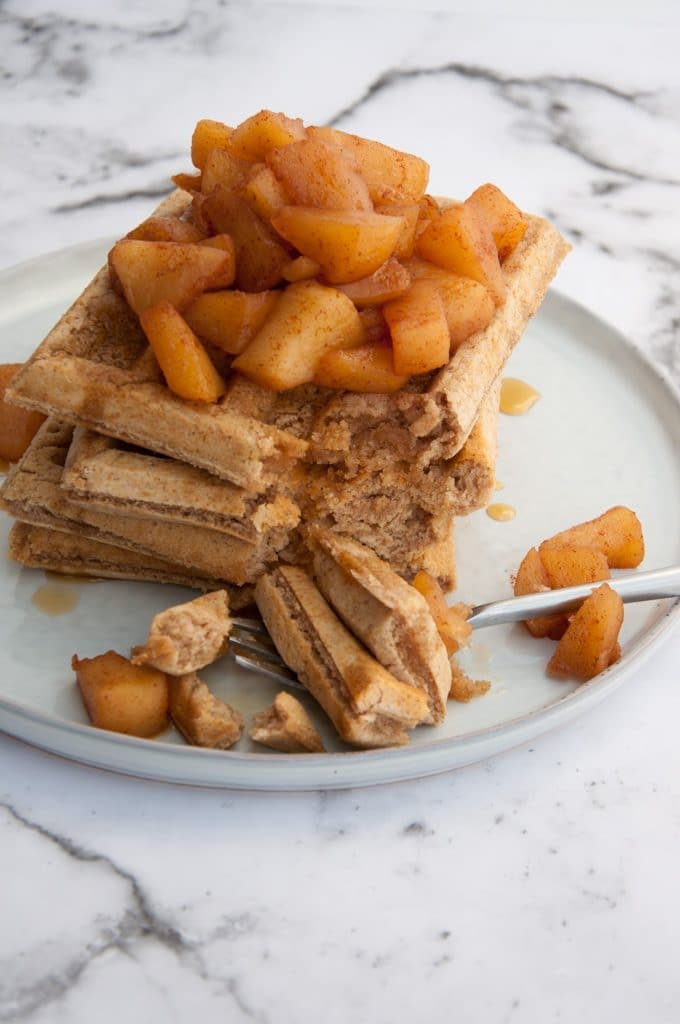 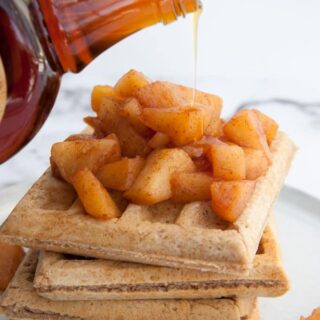 Ingredients for the Apple Sauce

Ingredients for the Waffles

Did you give these Vegan Apple Pie Waffles a try? Tag @elephantasticvegan on instagram and use the hashtag #elephantasticvegan. Don’t forget to subscribe to the Elephantastic Vegan Newsletter to see Reader Remake Features!

Affiliate Disclosure: This post may contain affiliate links, which means I may earn referral fees if you make a purchase through my link. While clicking these links won't cost you any extra money, they will help me keep this site up and running!
1.3K shares
Click here to cancel reply.